Concerns for vulnerable as Taiwan gives up on 'zero-COVID'

Despite a rising number of infections, the government is still rolling out plans to ease pandemic control measures. Some citizens are opposed, and the decision has sparked concern as cases increase. 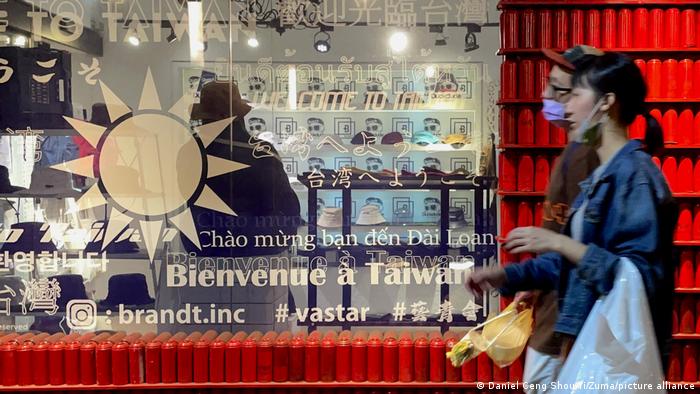 After largely keeping the coronavirus at bay for more than two years, Taiwan is now battling its most serious wave of outbreaks. Over the past week, Taiwan has reported thousands of new cases, with the number expected to go up in the coming days, according to health officials. However, the country is rapidly lifting pandemic control measures, which some residents are opposed to.

Health Minister Chen Shih-Chung said on April 17 that about 3.6 million Taiwanese people could end up contracting the virus.

Even though there has been a dramatic uptick in the number of confirmed cases, more than 99% of the newly infected people are either asymptomatic or have mild symptoms.

In order to cope with the growing number of cases and the rising demand for quarantine facilities, Taiwan announced on Tuesday that all municipalities will begin to ask mild or asymptomatic patients to isolate themselves at home. Additionally, low-risk COVID-positive individuals can now leave quarantine 10 days after their positive test result is issued, without having to first produce negative test results.

According to Taiwanese health authorities, these changes were introduced after determining that such patients have a low risk of spreading the virus after quarantining.

Some experts say these measures are part of a plan to transfer the responsibility for handling COVID-positive patients from the central government back to local authorities.

"Since some Taiwanese people's homes may be too small to meet the government's requirement for home isolation, it is possible that Taiwan's quarantine hotels or government-run isolation facilities will soon hit their capacity," said Mei-Shang Ho, a research fellow at the Institute of Biomedical Sciences at Academia Sinica in Taiwan.

Though Taiwan's Central Epidemic Command Center has updated a series of pandemic-control measures, some residents say local authorities seem to have been caught off guard by the rapidly expanding local outbreak.

Two Taiwanese citizens living in New Taipei City, the city with the highest number of cases in the current outbreak, said there had been a serious shortage of rapid antigen tests for people required to undergo home isolation.

"We were originally informed that my daughter and I would have to conduct four rapid tests during our quarantine and that the hospital would provide the rapid tests after we had our PCR tests," said Debby Chen, a marketing professional living in New Taipei City.

In the end, Chen had to buy her own rapid tests.

On Tuesday, New Taipei City Mayor Hou You-Yi acknowledged the chaos experienced by many residents, urging the central government to simplify the testing process for people in quarantine.

Even though the outbreak is getting more serious, Taiwan still pushed ahead with its plan to relax pandemic control measures, including the possible relaxation of border control. On April 7, Taiwan's Health Minister Chen Shih-Chung said the island will move away from its zero-COVID policy and instead focus on preventing serious symptoms or death.

"We will not stop our journey towards opening up. ... The main goal now is harm mitigation," said Chen.

Some experts think that the biggest challenge for Taiwan is to help its citizens be mentally prepared for the possible consequences that might come as the government pivots toward "living with the virus."

"The dilemma that Taiwan is facing is that, after two years of strict and effective control, the infection rate in the country has been very low for most of the time, which allows Taiwanese people to live a normal life," said Chunhuei Chi, director of the Center for Global Health at Oregon State University.

"Since most Taiwanese people are used to the lifestyle over the last two years, they need to change their mindset as the government tries to move towards safely living with the virus. That might include accepting the fact that significant numbers of people might be infected with COVID-19, and that's going to be very hard for many Taiwanese people to accept," he said.

Ping-You Lin, a council candidate in New Taipei City, said that, even though the central government had been talking about the possibility of moving toward living with the virus prior to the latest local outbreak, some elderly who remain suspicious of the vaccine, along with parents of young children who are not eligible for the vaccine, remain unsure about lifting some restrictions.

"I think we still have doubts about the possibility of living with the virus because the central government still doesn't seem completely assured about its decision," the politician told DW. "Judging by the situation in society, I don't think a sudden, large-scale reopening will be welcomed by some Taiwanese people. How the government communicates the strategy with the general public will be very important."

"Taiwanese authorities should focus on adjusting pandemic control measures based on scientific evidence. Authorities may consider reducing quarantine days for people who have received two or three doses of the vaccine, as it might encourage others to get vaccinated. Additionally, it could also serve as a transition for people to adjust to how they can safely live with the virus," he said.