Concerns About Scientology Youth Tutoring Centers in Germany | Germany| News and in-depth reporting from Berlin and beyond | DW | 28.07.2006

The German Association of College Prep School Teachers says that the number of Scientology groups that operate tutoring centers has tripled in the past 10 years. They worry that children are at risk. 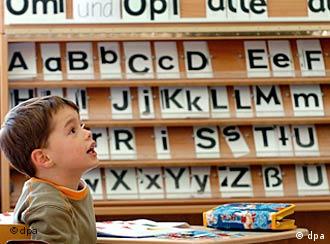 An estimated one in four children receives tutoring outside of class

Heinz-Peter Meidinger, Director of the German Association of College Prep School Teachers, said that his organization was aware of at least 30 schools offering private lessons run by Scientologists who are influencing their students. He added that the number may be even higher.

Meidinger said that Scientologists in tutoring centers could be taking advantage of the vulnerability of children with learning difficulties. He warned that children with education problems may feel inferior, making them more susceptible to Scientology.

Ute Erdsiek-Rave, minister for education for the state of Schleswig-Holstein, said that she was alarmed at a rise in reports of Scientologists' influence on children receiving private lessons.

Meidinger said the influence begins when a tutor or institute first offers lessons in math or English, for instance, and then changes the focus. He said the quality of the academic tutoring itself is often very good, as well as reasonably priced.

Alarm bells among children or parents, however, should go off when tutors then encourage students to attend other -- frequently much more expensive -- lessons promising to turn the attendee into a "new person," he said.

Tutoring is a lucrative business 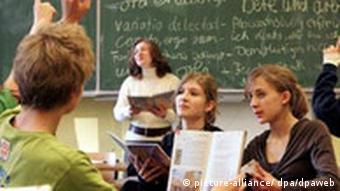 There are currently around 4,000 private tutoring institutes throughout Germany. The market has boomed in recent years, likely due to the unsatisfactory grade that Germany's schools received in the so-called PISA tests carried out by the Organization for Economic Cooperation and Development (OECD) which analyzed the quality education systems in industrialized countries.

The daily Die Welt quoted a study by the German Institute for Economic Research, which found that one in four of the total 9.6 million pupils in Germany receive private, i.e. paid, tutoring. That comprises 2.5 million kids nationwide. The newsmagazine Der Spiegel reported that the number was one in three children.

Marc Kinert, spokesman for the German Ministry for Family Affairs said that as the tutoring market grows, parents need to be even more vigilant about their children's education.

"Parents should always be informed about their children's activities and carefully review pamphlets about tutoring," he said.

Being informed about Scientology

German Scientology spokeswoman Sabine Weber told Der Spiegel that "for years, one lie after the other has been spread about Scientology." She told the magazine that she thinks it is a good thing that members of the organization are helping to repair Germany's inadequate education system.

"That's all fine and good if Scientologists want to help, but they should be playing with an open deck," Meininger said. He added that if they are going to offer lessons to kids, then they should clearly state who and what they are and not hide it. 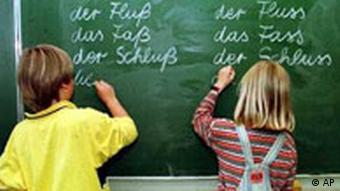 "Sometimes the brochures offering private lessons may casually mention the name L. Ron Hubbard, but they make no mention that he is the founder of Scientology," he said.

In Germany, Scientology is often viewed as a sect or commercial enterprise with mainly economic interests.

Members of the movement have often been under surveillance by the Federal Office for the Protection of the Constitution, whose job is to monitor anti-democratic activities. Scientologists in Germany have said they suffer religious persecution and scoff at the notion that their movement is non-democratic.

"Nowhere in the world is the Church of Scientology seen in a political light in the way it is in Germany," Weber said in an interview.

Ultimately, said Meidinger, the issue is not about religious freedom.

"If the courts allow it, then Scientologists should be permitted to practice their philosophy," he said. "But even a Catholic or Protestant educational institution will announce its religious affiliation," he said.

He admitted, though, that the quality and content of tutoring sessions is hard to assess since it is a one-on-one activity. Also, the tutoring centers do not come under the authority of school boards. Anyone can establish one.

The Scientology Church, the target of government monitoring in Germany, has been granted tax-free status within the country, the church announced on Monday. (Feb. 3, 2003)

A Berlin court ruled on Thursday that Jehovah's Witnesses are entitled to the same privileges enjoyed by Germany's major Catholic and Protestant churches, ending a 15-year legal fight about the group's status. (Mar. 25, 2005)