The new museum will have an archive of 14,000 games, and aims to teach about video game evolution. At opening, German-American video game pioneer says modern kids take newer video games 'for granted.' 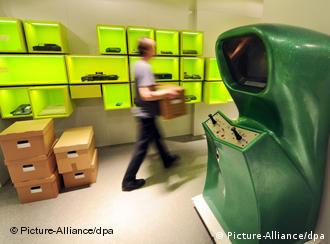 The museum has games going back over 50 years

The museum had been open for a few years at the end of the 1990s, but then later closed down in 2000. The new museum will occupy a space previous called Cafe Warsaw in an East Berlin-era building.

The exhibition, called "Computer Games. Evolution of a Medium" documents the development of computer games since 1951, and includes the first ever arcade game called "Computer Space," which was released in 1971 - it was a commercial failure.

But, one year later Atari released Pong and the rest, as they say, is history.

Donkey Kong, from the arcade to the console

One wall of the museum is devoted to computer hardware where more than 50 handheld games, video consoles and home computers are exhibited in chronological order from 1971 up to 2001. 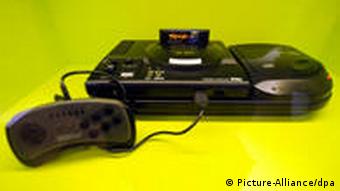 Enclosed in lime green cases behind glass are the first Atari systems, and on to the Commodore 64, Donkey Kong, Game Boy, and up to the 1990s-era Super Nintendo.

Baer, the museum's patron, noted that this museum is an important way of documenting all these aspects of computer games.

"Wouldn't you like to know who developed this fantastic game you're playing?" Baer said.

Andreas Lange, the museum's director, added that the digital circuits inside the first console were created not with modern computer technology, but with traditional television technology. 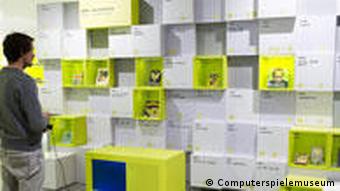 "So this makes these small devices cheap enough to sell it directly to the consumers," he said.

The games included ping-pong, volleyball, football and shooting games. After its release in 1972, around 350,000 of these units were sold.

The evolution of games

Further inside the exhibition is the Wall of Game Milestones, which features over 50 software games that are significant because of their graphics, sound and genre. On display are famous games like Pac-Man, Street Fighter II and Sonic the Hedgehog.

Andreas Lange said that the game "Balance of Power", released in 1985, was included because it was one of the first games with a political approach.

"It was programmed at the time of the Cold War and the programmer Chris Crawford wanted to send out a message with that game, that its important to balance powers and not to try to win," he said. 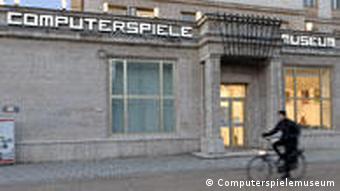 For many museum attendees, the exhibits are a trip down memory lane. Everyone has their favorite - for Oliver Söhlke, who was present for Friday's opening - it's Pong because of the game's simplicity.

Pong, which came out in 1972 as an upright arcade version, first in a Silicon Valley bar, involves simple paddles that slide up and down on either side of the screen, with a ball bouncing between them.

"If you come to computer games, this is really the one that brings the idea of playing with computers," Söhlke said. "Pacman is also very nice and Donkey Kong - so I like the very old first games."

Others, like Till Gerstenberger, 21, who attended the opening, say that the appeal of today's games are their ability to transport the player.

"Somehow it's like in a movie, but with more interaction. It pulls you out of the normal day rhythm and puts you in a fictional world and of course you can do everything - its unlimited," he said. "You can live in a world and let it flow."

However, Andreas Lange also pointed out some cultural differences in video games around the world.

"In South Korea, e-sports is as famous and popular as other sports like football", said Lange, and added, "The e-sports players are stars in South Korea and there are television stations broadcasting 24 hours a day - these are things we wanted to show our visitors."

Just one year after its release, the popular Finnish mobile video game is expanding to new venues. In addition to Mac, Android, and PSP versions, the game now also comes in toy versions and eventually, a TV show. (20.01.2011)