Compulsive gaming recognized as disease by WHO

The World Health Organization has included addiction to video games in its list of mental health conditions. The move will help with diagnosis and treatment options for health-care professionals. 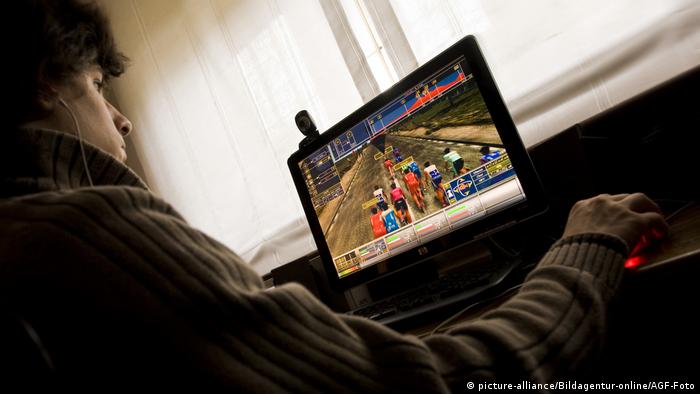 The Word Health Organization has included "gaming disorder" in its reference list of recognizable and diagnosable diseases known as the International Classification of Diseases (ICD).

The latest update to the international reference list means the diagnosis and funding for the treatment of people addicted to playing video games should become more widely available and "serve a public health purpose for countries to be better prepared to identify this issue," according to the UN's health agency.

The ICD is also used by health insurers whose reimbursements depend on its classifications.

The WHO says the new diagnosis affects those who have lost control over their gaming habits, leading them to neglect everything else in their lives, remaining stuck in virtual worlds even as problems in the real world resulting from their addiction become apparent.

Some critics insist that gaming addiction is not a diagnosis in itself but rather a symptom of underlying conditions such as depression, autism or bipolar disorder and that the number of people genuinely addicted is very small.

Proponents of the separate classification argue that it is important to identify video game addicts quickly because they are usually teenagers or young adults who don't seek help themselves.

The most important prize in the country's gaming industry, the German Computer Games Awards selects innovative games in 14 categories. This year's winners include "Huxley," "Assassin's Creed Origins" and "Townsmen VR." (11.04.2018)

Is eSports about to be recognized as a sport in Germany?

Politicians in Germany are mulling recognizing eSports as a sport. Their decision would have wide-ranging repercussions in the gaming industry in the country and further legitimize the digital sport phenomenon. (12.06.2018)