Artistic competitions may seem like an oxymoron. But for musicians aiming to be the next Lang Lang, they're the key to a successful career. DW follows young hopefuls as they brave the jury that could decide their future. 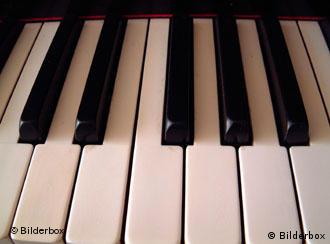 Jamie Walton loathes competitions: "Winning a race is as little a concept in music as it would be when embarking upon painting a great masterpiece, or writing a great grand novel, or reciting an epic ballad. To me, even with the most well inspired, neutral, and non-political jury, the very idea of art emerging from a competitive process of better-than-thou is patently absurd."

Walton, now one of Britain's foremost cellists, was lucky; he was able to start a career and obtain a gorgeous instrument without ever having to go through the competition circus. But for most young classical musicians, winning a significant international competition is the surest ticket to the world's prestigious concert stages. 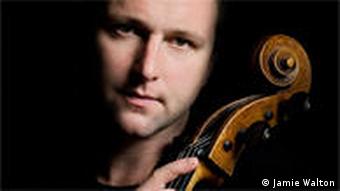 The ARD Competition in Munich, which runs through Sept. 18, isn't the most famous, but it might well be the most important music competition - precisely because of the breadth of music it covers.

It spans two dozen performance categories, from all the typical ones - piano, violin, voice - to more obscure ones like percussion, organ, piano duo, and bassoon. And where else do double bassists or harpists - both categories in the competition this year - have the opportunity to play with top orchestras in the semi finals and finals?

Former winners, including pianist/conductor Christoph Eschenbach, soprano Jessye Norman, cellist Sol Gabetta, or the Ebene String Quartet, either indicate what the competition can do for a career or what perceptive ears are in the jury, or both. (Although world-class soprano Renee Fleming found herself kicked out prematurely, twice.)

Other instruments come to the fore

Double bass and harp this year are rounded out by voice and violin, for which 406 musicians from 44 countries applied. With the list whittled down to 217 participants from 37 countries (minus the no-shows), the first round separated the good from the flawed, the lucky from the unfortunate. 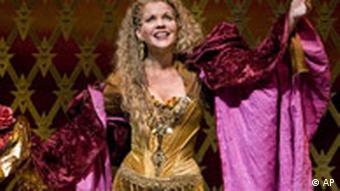 Renee Fleming was ejected from the ARD Competition twice, but still rose to stardom

Tired, tense, but in good spirits immediately after her performance, she expressed her hope of attracting the attention of agents or opera directors known to attend the ARD competition. Asked about the difference between singing in a production and a competition, she said musicians are always judged on stage, but they shouldn't think about that too much.

"You have ten or 15 minutes, so you shouldn't think 'I'm being judged.' You just have to think 'I love what I sing and love being on stage,'" she said, admitting, however, that it's not that easy to maintain such a positive attitude.

"Sometimes you make a mistake and that makes it hard to go on. In a role you can make mistakes part of the character. In a five minute aria you can't make up for mistakes," explained Martin du Theil.

Disappointment is part of the game

Shortly there after, she was disqualified from the second round. The jury - which includes legendary American sopranos Grace Bumbry and Cheryl Studer - must have found something to object to.

"I knew I did well," said Martin du Theil. "That doesn't help immediately after, but later you tell yourself that that's competitions; maybe the way I sang wasn't to the jury's taste, but I can't blame myself." 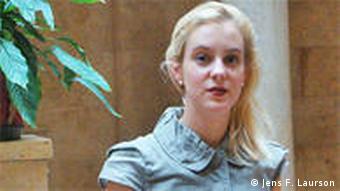 Julie Martin du Theil was disqualified, but is now preparing for her next competition

Now she has to prepare new repertoire for the next competition in Marseilles.

In 2012, the ARD competition will again feature voices. "Hopefully I won't have to sing competitions anymore, in 2012," said the young soprano, smiling and jumping out the door into the dark hallways of the Munich Academy for Music and Theater.

A 20-minute opera written collectively by hundreds of users of social networking site Twitter has premiered at London's Royal Opera House. But critics are clear: the "Twitterdaemmerung" is not the future of opera. (07.09.2009)

Who was Beethoven's Elise? A Berlin musicologist says he knows

Everyone knows the melody to Ludwig van Beethoven's piano piece "Fuer Elise," but Elise's true identity has remained a mystery. Now a German musicologist says he's discovered who she really was. (04.09.2009)

DW presents free podcasts and live-streams from the 2009 Beethovenfest