Communities in Kenya and Somalia engulfed by floodwaters

As forecasters warn of more heavy rain to come, Kenyans are blaming the government for exacerbating the situation due to water mismanagement. 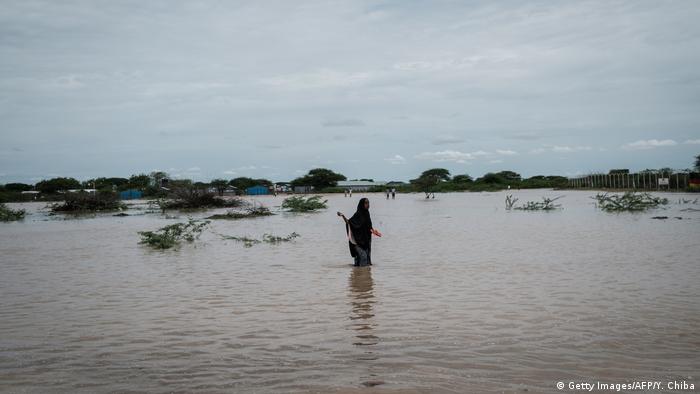 At least 15 people have died and numerous families have been displaced across Kenya following two days of heavy rainfall, according to officials.

The rains have caused flooding in both urban and rural areas. The deaths occurred when floodwaters swept through towns which had experienced severe drought only months earlier and put thousands of people at risk of starvation.

Four people were killed in Kitui Country when their truck carrying charcoal was swept away by the flooded River Enziu. Four of the truck's eight occupants were rescued before the vehicle was engulfed with water.

The Red Cross estimates at least 100 people have died in Kenya as a result of heavy downpours since early April.

Kenya's Meteorological Director Peter Ambenje has warned Kenyans to brace themselves for further heavy rainfall over the next five days.

Residents of nomadic pastoralist communities watched in horror as their homes, cemeteries, and livestock were swept away after the Tana River burst its banks.

Standing chest-deep in the floodwaters, Ayaan Amina explained to DW what she had lost.

"Everything has been swept away by the water. I have lost everything. I have nothing apart from my children. I have no bed to sleep on, clothes to wear, food; I don't even have utensils or a mattress." 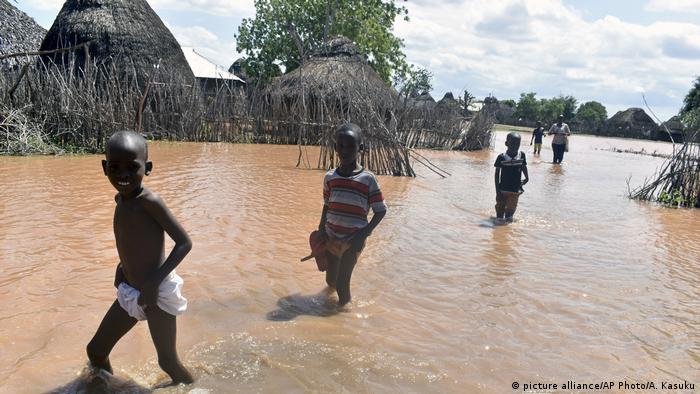 Locals claim that the flooding was exacerbated after the Kenya Electricity Generating Company — or KenGen — released water which it had been holding in its dams, catching people unaware as their houses became submerged in water.

"Everything has been swept away — my food stash, the beddings of my children. I have lost everything. I am not left with a single item on me. I blame KenGen, they have ruined everything. They do this every time."

Garissa MP Aden Duale led a team of officials who delivered humanitarian assistance to thousands of people in the region, and has vowed to sue KenGen for opening all seven dams in the area which had remained closed during the period of drought.

"They must compensate for the loss that [they have caused] to the people of Garissa," he told DW. "We will not take it. KenGen must take full responsibility."

However, Kenya's Minister for Devolution Eugene Wamalwa says the country's meteorologists had predicted the heavy rains ahead of time and the government is doing all it can to prevent damage and loss of life.

"The ongoing rains that are creating floods had already been predicted by our experts," he told DW.

"We must think long-term. We have been told with climate change that [more of] these rains will be coming, floods will be coming. So we are investing in major infrastructural developments in terms of ensuring construction of mega-dams across the country, even in arid and semi-arid areas." 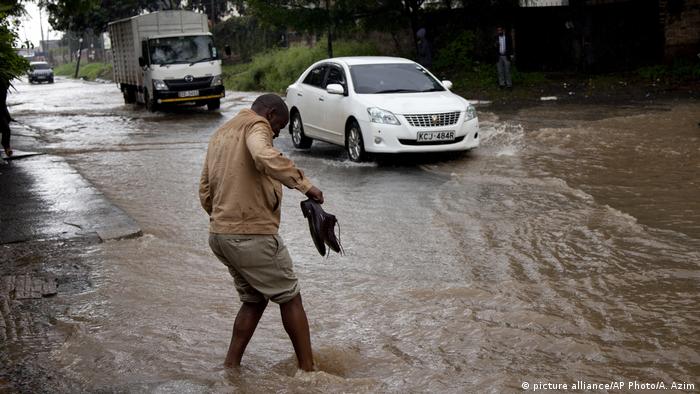 More affluent neighborhoods in Nairobi were not spared either, where people were seen swimming away from their cars which they were forced to abandon after becoming stuck in raging floodwaters.

In urban areas, persistently clogged drains in the capital and other parts of Kenya have been blamed for exacerbating the rising waters during the long rainy season, with Nairobi Governor Gideon Mbuvi blaming his predecessor's administration for diverting funds meant to repair the city's drainage system.

In neighboring Somalia, a team made up of African Union Mission in Somalia (AMISOM) troops and national security forces evacuated over 10,000 people stranded by the rising waters in Belet Weyne, HirShabelle State.

The United Nations Office for the Coordination of Humanitarian Affairs (UN OCHA) warned in a report released last week that the rains were worsening conditions in already overcrowded Internally Displaced Persons (IDP) settlements, which have limited access to hygiene facilities.

It also warned that 246,000 people are currently at risk of flash flooding in Baidoa, while approximately 28,200 people in Jubbaland have been displaced by the floods, which engulfed homes, farms, and livestock. 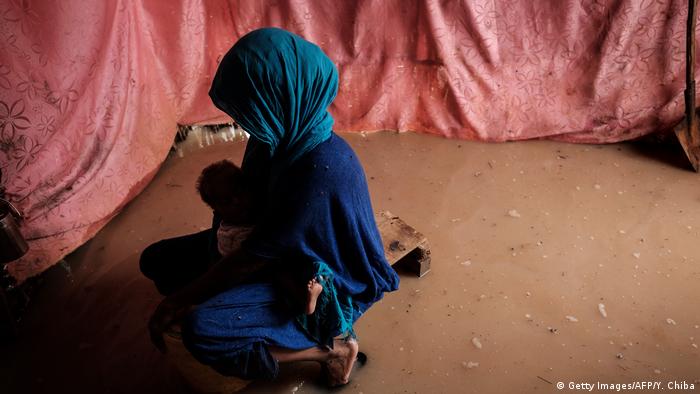 Fears of a cholera epidemic

The outbreak of water-borne diseases such as cholera as a result of the floodwaters is a real concern across Kenya and Somalia.

A local resident in Nairobi spoke with DW about her fears over the possibility of an outbreak.

"We are fearing that our children will get diseases because they can't even come out and walk, because if they start walking they will be submerged in water. Our fear is that there will be an outbreak of water-borne diseases, so we are asking for help from the city engineers to come and assist us and unblock the water drainage system."

Flooding aggravates the spread of cholera and is particularly dangerous for children who play in, or anyone who drinks, contaminated water.