As long as it’s all around us, like the air we breathe, we take it for granted. We’re hardly aware of it until it’s gone, and then we know what we’ve lost – or haven’t lost as the case may be: home. 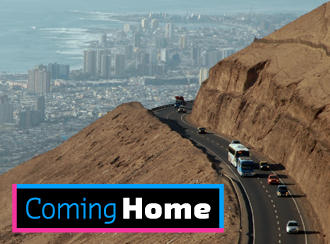 What is home? A feeling? A geographical or maybe even an imaginary place? What do people feel and experience when they return to the country of their youth? To a country they left years before, trading it for a life in Germany? What is it like to meet relatives and old friends? How have their lives changed? What memories come back?

In the documentary series “Coming Home” DW’s cameras accompany people from all over the world who have been living in Germany for many years as they set out for a visit to their home countries. 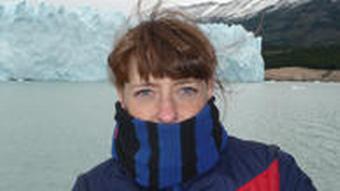 Victoria Bürgin is a costume designer from Hamburg. She was born and raised in Buenos Aires. When she sets out on the long journey home, it’s mainly to see her family. But her friends and relatives are scattered far and wide across Argentina. Her personal expedition takes her from scorching hot Chaco in the north across the scenic Catamarca mountains south to Patagonia and the famous Perito Moreno glacier. 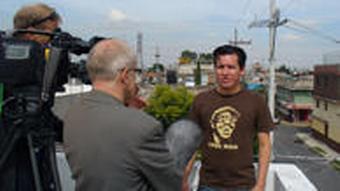 Attack dogs in Mexico City, Aunt Victoria in Puebla, a hurricane in Veracruz, Lucha Libra-style wrestling in the arena of Guadalajara, rock music in Chapala and the Nahua indigenous people in Hidalgo. DJ, concert promoter and Hamburg resident Jorge Sánchez Meza travels through central Mexico. Jorge’s immediate family lives in Nezahualcóyotl and his parents and brothers run fruit and vegetable stands around Mexico City. Jorge travels across a country of extreme contrasts to see friends and relatives. 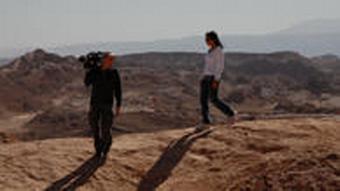 The driest desert on Earth - Ana Aravena Gross in the Atacama

“At first, I had no desire to come back – it was the pain.” For many years, Ana Aravena Gross did not feel able to return to her home country. The pain started the day she and her then husband were arrested by the secret police. The Chilean dictator Augusto Pinochet’s henchmen came after anyone they thought could be an enemy of the state. After her release, 22-year-old Ana fled Chile. Now she’s an architect, living and working in Berlin. She sets out on a journey back to a country that is very different from the one she left behind. 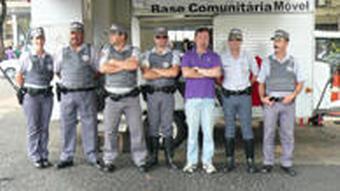 At work on an art project about the police: Alex Flemming

“Whenever Germany plays against Brazil, I’m one hundred percent Brazilian,“ Alex Flemming laughs dryly. But any other time, he’s a Berliner. He’s crossed the Atlantic at least 150 times so far, back and forth between Berlin and his home country, where he enjoys a substantial reputation as a painter. DW accompanies Alex to the city of his birth, Brazil’s vibrant megalopolis São Paulo, and on to the capital, Brasilia, Belém and Rio de Janeiro. Flemming meets friends and talks to people on the street about their daily lives and Brazil in general. 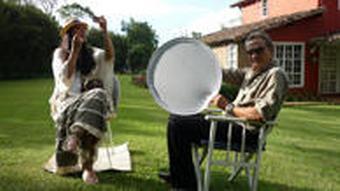 “Colombia? Colombia is beautiful – fascinating – my homeland! But I want to live in Germany”, says Jaqueline Rojas Villalobos. Colombia is dangerous, poor and unstable, she says, but Germany is peaceful and free. Even so, she tries to make it back every year to meet some of the people she left behind. On this trip, she travels from Bucaramanga through Colombia to Bogota, following in the footsteps of her South American ancestors – but with a very European eye. 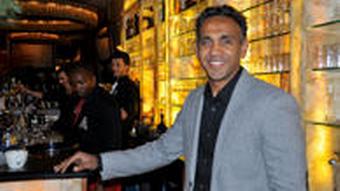 Success demanded a few sacrifices: Once in Germany, Harmeet "Bunty" Bans shaved off his beard, cut his hair and gave up his turban. And today, he’s the proud owner of a chain of restaurants in Berlin. But he’s never lost contact with his relatives or religious roots. This feature report follows Bunty through a land of contrasts, from the city of his birth, Bombay, now Mumbai, to Amritsar, home of the Golden Temple, the most sacred shrine of the Sikhs. From Punjab we continue to Goa, and everywhere Bunty goes, he meets friends and relatives. 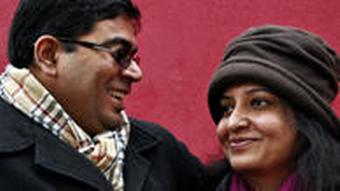 Anand with his wife Priya

This was Anand Narayanaswamy’s last visit to his old home country as an Indian citizen. He and his family now have German passports. He takes us to the scenes of his childhood and teenage years from Chennai to Kolkata, once known to the West as Calcutta. Anand shows us a country that has undergone radical changes in the past few decades - just as he has himself: an ethnic Tamil and IT specialist, he’s found a new home in Munich, where he now lives in a duplex with his wife and two children. 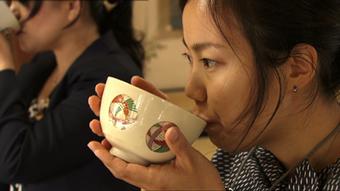 Sambi Saito’s journey across Japan begins in Tokyo: this is where she is from and this is where her parents live. Just two hours’ train ride away is Sendai, administrative capital of the prefecture of Miyagi, which bore the brunt of the tsunami and earthquake in 2011. Here, she meets a friend of her father, a man whose house was destroyed in the disaster. Sambi, who has lived in Cologne for the last ten years, embarks on a journey that takes her to Kyoto and Kobe and then back to Tokyo. She meets up with old friends and gets a new perspective on a country that still bears the scars of the catastrophe.

Coming Home - A Journey with Eliane Fernandes Ferreira through Brazil 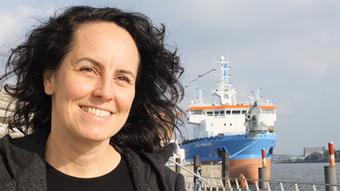 Eliane Fernandes Ferreira decided to leave her native Brazil at the tender age of twenty and start a new life in Germany. She now lives in Hamburg, together with her husband Peter and their thirteen year old twins Anna and Julia. An ethnologist, Ferreira researches indigenous people for the University of Bremen. More than ten thousand kilometres separate Hamburg from Apiwtxa, the village home of the Ashaninka tribe in Brazil’s Acre Province. 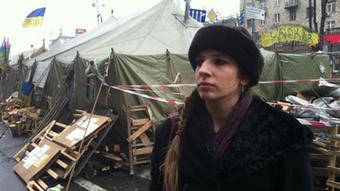 When Marina Weisband arrived in Wuppertal at age six, she didn’t speak a word of German. Today the former political director of the Pirate Party is a familiar face in Germany - and in Ukraine. Marina Weisband was born in Kiev, only 16 months after the Chernobyl nuclear disaster. As a child, she suffered from serious health problems. Doctors urged her family to leave the Soviet Union and so they decided to make a fresh start in Germany. Now Weisband has recently returned to the country she left years ago, to revisit the places she knew as a young girl. Along the way, she called on relatives and friends, and took a first-hand look at the political upheaval that has gripped Ukraine.


Coming Home - A Journey with Nazir Peroz through Afghanistan 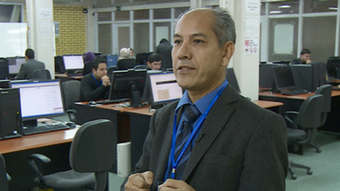 His areas of expertise are computer science and developing countries. Nazir Peroz heads the Center for International and Intercultural Communication, or ZiiK, at Berlin’s Technical University. Born in Kabul, he has been living in Germany since the late 1970s. His current mission is to revolutionize Afghanistan with German help: Peroz has been working to establish an IT system in his former homeland since 2002. The scientist travels to Afghanistan four times a year to visit the universities with which he is cooperating on the project. Decades of war have left the nation demoralized; acts of terrorism and violent clashes are the order of the day. But Peroz is undeterred. He works as unobtrusively as possible, and remains focused on his goal. A DW camera team accompanied him on one of his trips back home - to Kabul, Mazar-i-Sharif and Herat. The documentary offers a rare insight into the lives of people on the Hindu Kush.


Coming Home - A Journey with Saruul Fischer through Mongolia 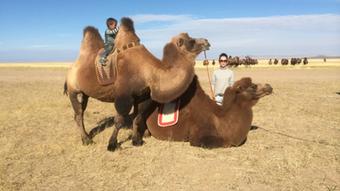 Saruul Fischer shows us around her homeland.

When Saruul Fischer came to East Germany from Mongolia at the age of eleven, she could not have known how important her homeland would be to her in the future. She stayed there after the fall of the Berlin Wall, went to university, married and had children. Struck by a yearning for her homeland, she began developing an idea for the fashion label "Edelziege:” The designer has clothing manufactured in Mongolia using the finest cashmere and sells the pieces in Germany. Now, a Deutsche Welle film crew accompanies Saruul on a trip back home to Mongolia. The journey begins in the capital Ulan-Bator, where many of the relatives she regularly visits still live. The tour continues into the west of the country, where she spends the night in a yurt on the expansive steppe. Saruul shows us a life far from civilization, a life that may not exist in this form for very much longer. What does the fashion designer think about the changes that have taken place in Mongolia? How has this transformation affected the Mongolians’ affinity with their traditions?