Inflammatory tirades on the malicious website kreuz.net rain abuse on homosexuals, Jews, and others it deems "opponents" of the Catholic Church. A new initiative is trying to find and prosecute those responsible. 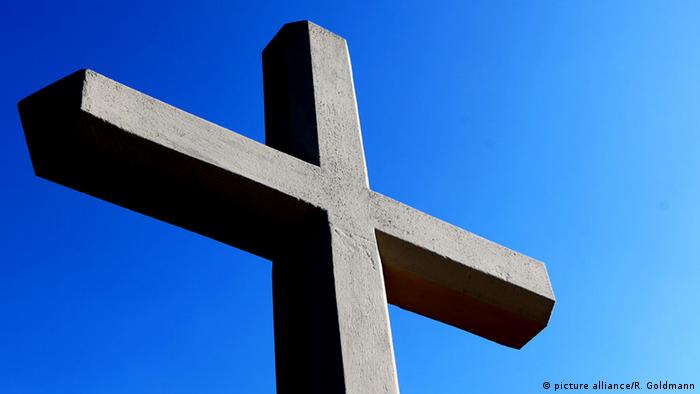 The page's banner shows Jesus on the cross, above the heading: "kreuz.net Catholic news." But any unsuspecting person who comes across this site will quickly realize that its declared Catholic identity is highly misleading. The headlines alone are full of aggressive, misanthropic language. The articles beneath them are for the most part rants against homosexuals, but other targets include Jews, Muslims, Protestants, the press, and Catholics who - in the authors' eyes - have "abandoned the true faith."

The editors of kreuz.net describe themselves as a "private, international group of Catholics, in Europe and beyond, primarily employed in the service of the Church." Apart from this information, however, they remain anonymous. 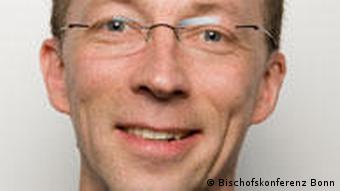 Kopp: Kreuz.net has nothing to do with the Catholic Church

The press spokesman of the German Bishops' Conference, Matthias Kopp, told Deutsche Welle that kreuz.net had nothing to do with the Roman Catholic Church. "This is a gross misuse of the word 'Catholic'," Kopp declared. The German Bishop's Conference, to which all Catholic bishops in Germany belong, is of the opinion that the page must be taken down as swiftly as possible, he said.

Kopp explained that legal action was initiated in spring 2012 with the aim of doing just that: "The anti-Semitism, incitement and misogyny this site is propagating is a dangerous influence on young people and should therefore be removed from the Internet."

A lawsuit was first filed against the anonymous people behind the website a few years ago, accusing them of Holocaust denial and incitement. However, that suit was abandoned because at the time the portal's web hosts were based in the United States, and the American authorities refused to assist the Berlin public prosecutor with the investigation.

Action is also being taken, independently of the German bishops, by a private initiative called "Stoppt [Stop] kreuz.net", which is also trying to bring the people behind the offensive site to court. 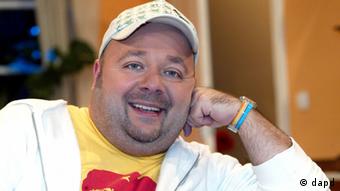 When kreuz.net published a comment in early October on the death of the actor Dirk Bach, entitled "He's now burning in the eternal homo hell," the Berlin-based publishing house Bruno Gmünder decided to take a stand against the homophobic incitement. The publishing house, which produces books and magazines for a gay readership, announced that it was offering a "bounty" of 15,000 euros ($19,200) for information leading to the identification and indictment of the authors of kreuz.net.

The Catholic theologian David Berger is coordinating the "Stop kreuz.net" initiative. He told Deutsche Welle that they offered a reward as a means of attracting as much public attention as possible.

Berger says they have received a large number of tips, and will soon be passing these on to the relevant prosecutors in Berlin. He's optimistic that they have made great strides in uncovering the people behind kreuz.net. "We've never been as close as we are now," he says.

For one thing, Berger explains, they've been able to gather more specific technical information about who finances the website. They've also been contacted by people who know the authors and editors.

Who's behind the site? 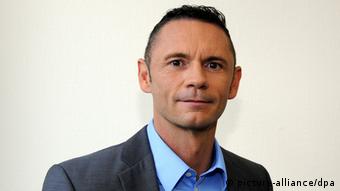 David Berger says it looks more and more as if the people running kreuz.net are "in the highest echelons of the church." For Berger, who was himself an employee of the Catholic Church for many years, this is no surprise. In his book "Der heilige Schein," published in 2010 (the title, Feigned Holiness, is a pun on the German for halo), he claimed that a disproportionate number of men in the Catholic Church had homosexual inclinations, and that the widespread homophobia in the Roman Catholic Church could be explained as a result of the repression and demonization of these urges. Berger came out as gay that same year. His ecclesiastical teaching license was revoked in 2011 as a result.

The German Bishops' Conference prefers "not to comment on Mr. Berger's theories." In his interview with Deutsche Welle, Matthias Kopp stated that the Roman Catholic Church in Germany had no information that church employees were involved in running kreuz.net. "If this were to be the case," he added, "it would be a serious violation of the obligations of loyalty we expect our employees to fulfill."

The pope's former butler is accused of betraying his employer's secrets, and the Vatican wants him punished. But its justice system seems to have no interest in investigating the reason behind his actions (29.09.2012)

Homophobia is widespread in German schools, studies show. Religion and traditional values continue to play a role in young people's views of gender preference, while dialogue may improve the situation. (20.03.2012)

Speculation about the so-called "Vatileaks" affair is rife, following the arrest of the pope's own personal butler. But at the moment there are more questions than answers. (30.05.2012)