Colourful rickshaws in Germany attract tourists | Asia| An in-depth look at news from across the continent | DW | 16.09.2011

The rickshaw, a common sight in many Asian countries, is slowly getting popular in Germany. It has become a blessing for lazy tourists who want to get around without straining their muscles or spending too much money. 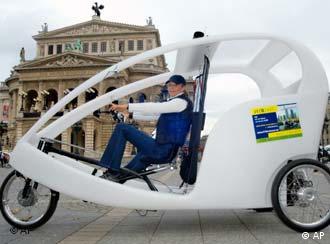 A rickshaw is human-powered cart drawn on two wheels. In earlier times, a runner would pull the cart with passengers, but nowadays, a bicycle is used to propel the passenger carriage.

One doesn't get to see many rickshaws in Europe but in many big cities, rickshaws are one way of showing tourists around the city. They are becoming a big attraction for visitors in Cologne and Berlin.

In love with the rickshaw

Johannes Wittig has been driving a rickshaw for nearly two decades in Cologne. 18 years ago he got his first rickshaw delivered from India. Now Wittig has his own agency and drivers with a special license for rickshaws. 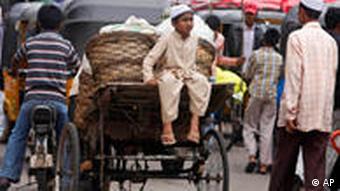 A rickshaw in India

There are different kinds of rickshaws. Some are imported from India, but many are made in Germany. Some even have a small motor attached to them and have been designed to look like small cars without doors. These are known as "Velotaxis."

Wittig’s agency also offers colorful rickshaws like the ones in India. These are decorated with pictures of famous Bollywood stars like Shahrukh Khan and Aishwarya Rai. On the back of every rickshaw is a picture of the Hindu god Shiva with a caption underneath saying “Made in India.” 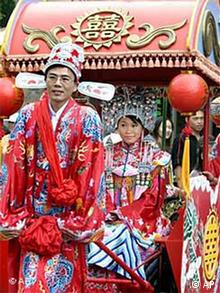 A groom pulls a rickshaw with his bride in Taiwan

Wittig still loves the rickshaw he bought in India 16 years ago. “I love driving it. It’s faster than many of my other rickshaws and I don’t have to pedal too hard to make it move,” he explains.

But a ride in a rickshaw can become an expensive outing, costing anywhere from 10 to 100 euros. It is, however, definitely cheaper than a taxi, explains Wittig, “If you take a taxi, you need to pay six euros even to go down the street. Compared to that, tourists find a rickshaw cheaper.”

From Wittig’s point of view, a lot of people take buses or taxis, so a rickshaw ride is something completely new for them. “Many tourists who come here have never seen a single rickshaw in their entire lives so they enjoy the ride even more,” he says to prove his point.

One for the wedding

Many couples like to hire a rickshaw for their wedding. Indian families living in Germany like to have one for their traditional ceremonies.

Rickshaws are also gaining popularity in German weddings. Wittig decorates his carriages with even more care than usual for these special occasions. White flowers and a “Just married” sign on the carriage make it a perfect day for the wedded pair. 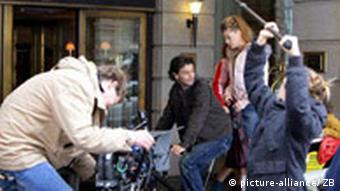 A rickshaw in Berlin

A conference rickshaw is the perfect answer for those who prefer to spend their time working. This vehicle is basically a big table with wheels. People sit next to each other and talk about important business matters while pedaling away to their destination. A driver in the front directs the bike along the streets.

Carnival in Cologne and Oktoberfest in Munich are other huge money making opportunities for rickshaw agencies, with tourists flocking to have their fill of German beer and looking for a cheap ride home.

Due to changing lifestyles and values, Germany has seen a sharp drop in the number of priests. To make up for the gap, the German Catholic Church is turning to priests from other countries, such as India. (22.04.2011)

Indian social activist Anna Hazare promised a 'revolution' on Friday as he began a public fast amid scenes of celebratory protest. After spending three nights in jail, he pledged to carry on his fight against corruption. (19.08.2011)

India's new Formula One circuit has made rupee millionaires out of hundreds of farmers who sold their land to make way for the track, but many are unhappy at the changes to their lives. (02.08.2011)