Colonial art: The case of a piece stolen from Cameroon | Culture| Arts, music and lifestyle reporting from Germany | DW | 02.09.2020

Colonial art: The case of a piece stolen from Cameroon

The Tangue is a traditional sculpture that's known to have been looted from Cameroon under German colonial rule. But 136 years later, it's still in Munich.

Protest posters against the Berlin Humboldt Forum museum hang on the walls of the conference room of the AfricAvenir Foundation in Douala, Cameroon's largest city. A fan rattles from the ceiling while a fluorescent bulb throws its bright light onto a replica of a sculpture known as the "Tangue."

The sculpture serves as a memorial for the fact that the original ship's beak, an artfully carved wooden piece that once adorned the tip of the 19th-century royal vessel, was stolen.

The Tangue is a ritual object that connects the people of the coastal city with the spiritual forces of the river. It has, however, been in Germany for more than 130 years, in Munich's Museum Fünf Kontinente (Five Continents Museum).

For the founder of the AfricAvenir Foundation, Prince Kum'a Ndumbe III, this is a painful loss for his culture to this day. The historian and German studies scholar worked for a long time as a professor at the Free University of Berlin. "Everything that had a deep spiritual meaning for Africans has been taken away in order to teach (them) other religions," he says. "But you can't steal the souls of whole peoples, and then claim to bring them civilization!" 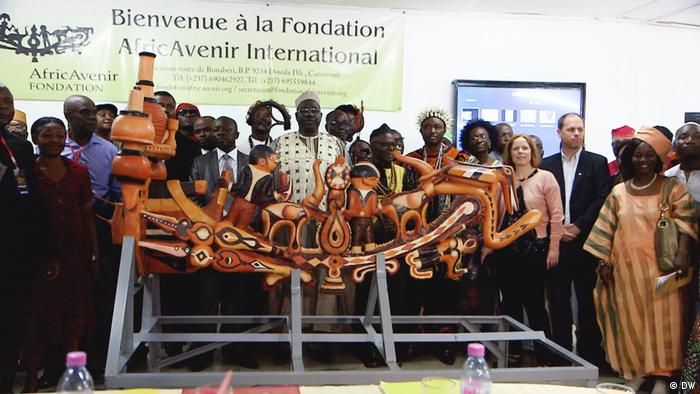 The Foundation AfricAvenir in Douala has a replica of the Tangue

When Cameroon was about to become a German colony at the end of the 19th century, the Tangue was still owned by Lock Priso, the head of the royal Bele Bele family, rulers of a district of Douala. In order to secure exclusive trade advantages, the Germans convinced the kings of the flourishing coastal city of Douala to sign a protection treaty. Only one person refused to sign it: Lock Priso, the grandfather of the foundation's founder, Kum'a Ndumbe. 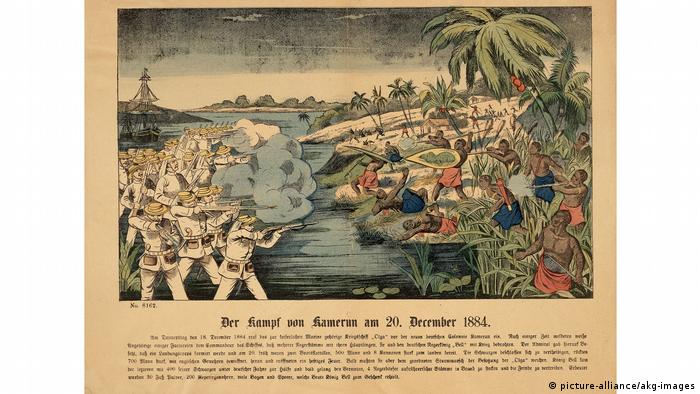 In December 1884, German warships entered Douala and Lock Priso's resistance was violently broken. He then had to sign a peace treaty with the Germans. When the colonial troops attacked his village, German consul Max Buchner secured the Tangue from the chief's house before it was set on fire.

The case is clear: The ship's beak was looted as spoils of war. A year later, Buchner donated his loot to the Royal Ethnographic Collection in Munich, today's Five Continents Museum.

Why the piece is still in Germany

In the 1990s, historian Kum'a Ndumbe rediscovered the ship's beak there and reclaimed it. But years later, the piece is still part of the Munich museum's collection.

For Uta Werlich, director of the Five Continents Museum, the problem lies in the fact that "it has not been determined with sufficient proof that Kum'a Ndumbe III is the legitimate heir of Lock Priso and whether the Tangue can be returned to him in the name of the Bele Bele family." 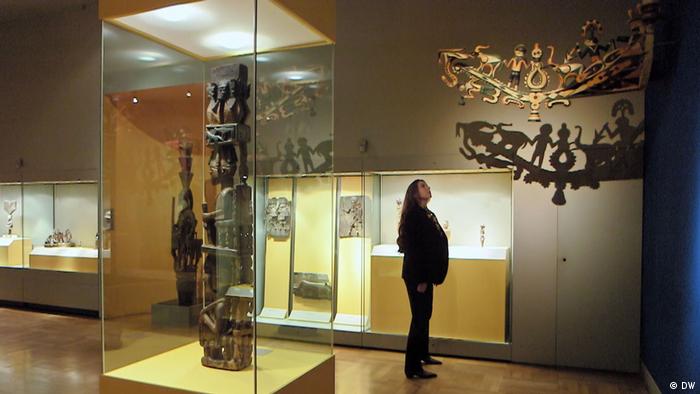 Power relations in Douala make it difficult for German authorities to answer this question definitely: Kum'a Ndumbe, as Lock Priso's grandson and part of the influential and socially recognized royal Bele Bele family in Cameroon, sees himself as his legal successor. However, the official head of the Bele Bele family, appointed by the state of Cameroon, is Paul Mbappe. He has barely shown interest in the Tangue so far.

"It's a complex situation, and it needs to be clarified before we return the Tangue too quickly," explains Stefan Eisenhofer, curator of the Africa department at the Munich Museum.

Who decides who is the rightful heir?

Which family member has the right to take back looted art?  Kum'a Ndumbe, who has established a strong network with German NGOs dealing with colonialism, or the official Bele Bele family representative Paul Mbappe? Kum'a Ndumbe claims that Mbappe was selected by the state precisely because he takes a less critical stance on the issue of restitution and does not offer any resistance. But who can and is allowed to take a final decision on this question? 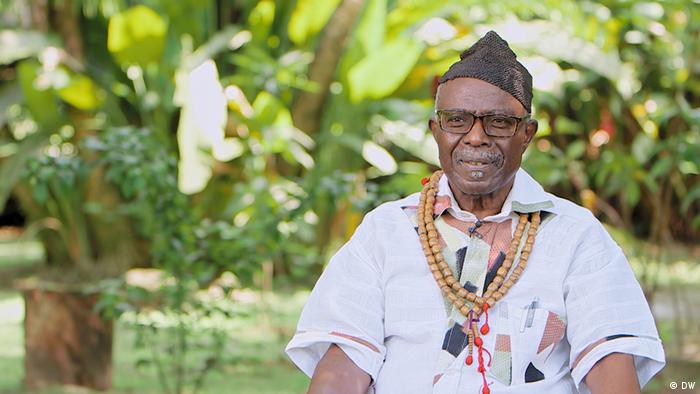 One can also ask: Are these complex power relations in Cameroon possibly being used as an excuse to postpone the return of the looted ship's beak?

Ethnological museums in Germany are filled with art and cultural assets that were collected during the colonial era. The German Empire had colonies from the 1880s until after the First World War, which ended in 1918. It is estimated that around 1.5 million colonial objects are stored in the depots of German museums. They were exchanged, bought, given — and stolen. It is unclear how many of the exhibits are tainted by conflict and violence.

It is a known fact that the theft of cultural goods in Africa was a common practice for colonial rulers. For some time now, calls for restitution to the societies of origin have been growing louder. Politicians are sensitized: with the support of the German Minister of State for Culture Monika Grütters, the German Museum Association published a guide on how to deal with collections from a colonial context in 2019. However, it is not legally binding.

In February 2019, the German state of Baden-Württemberg made a first move by returning the stolen Bible and the cattle whip of the Nama leader Hendrik Witbooi to Namibia. Witbooi, who lived from 1830 to 1905, fought against the German colonial troops.

That restitution is a start — but compared to the multitude of other art and cultural assets, a purely symbolic act. When it comes to more valuable objects that are sometimes traded for millions on the art market, such as the famous Benin bronzes from present-day Nigeria, hardly anything is moving on the European side.

As for Prince Kum'a Ndumbe III, he is not giving up his restitution claims for the Tangue. In 2019, he published a book in which he compiled documents to support his entitlement to Lock Priso's legacy. "I'm waiting," explains the historian. "I did my thing. They wanted documents; I've sent them documents, and made them public."

The new DW documentary Stolen Soul explores the story of the stolen artwork.