Colombia's leftist FARC rebels have handed over all registered individual arms in line with last year's peace deal, the UN says. The deal ends a more than 50-year-long conflict in which hundreds of thousands died. 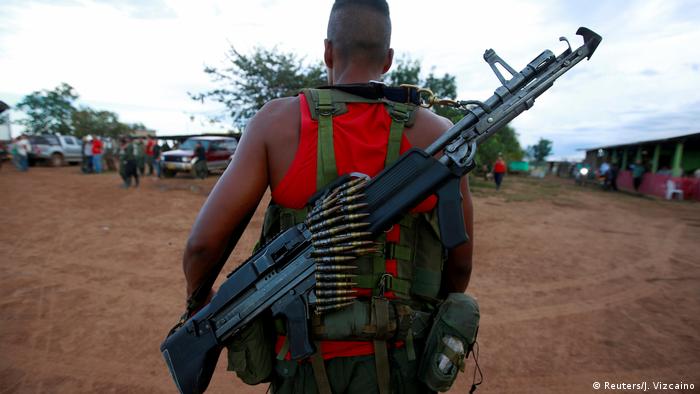 One of Latin America's longest-lived and most powerful rebel groups, the Revolutionary Armed Forces of Colombia (FARC), has turned in all its previously registered weapons under a milestone peace deal signed last year, the United Nations has confirmed.

UN monitors said on Monday they had "the entirety of the FARC's registered individual arms stored away," apart from some that were exempted for transitional security at demobilization camps until August 1.

The group's 6,800 fighters handed in the 7,132 weapons in three phases this month in a disarmament process supervised by the UN. Monitors are, however, still collecting and destroying other weapons and munitions stored in remote caches that FARC have identified to the UN.

An official ceremony to mark the completion of disarmament is scheduled for 1500 UTC Tuesday in a camp near the central town of Mesetas in the department of Meta.

The ceremony is to be attended by Colombian President Juan Manuel Santos, who received last year's Nobel Peace prize for his efforts to reach a peace deal, along with FARC leader Rodrigo Londono, aka Timochenko, and UN representatives. 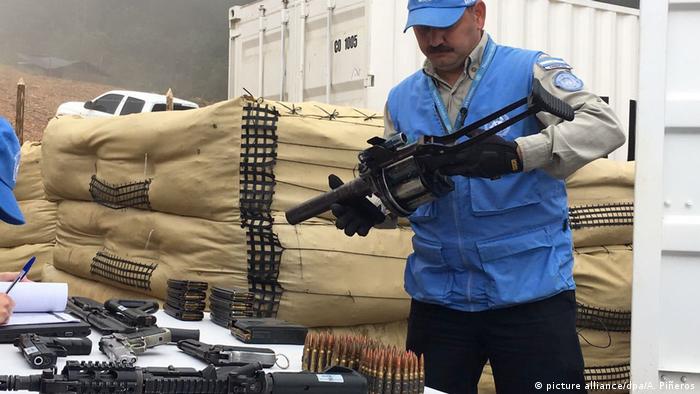 FARC will now transform into a political party under the landmark deal, which also includes rural reforms, cooperation on combating drug trafficking and the creation of a system of transitional justice.

Critics of the deal, who include former conservative President Alvaro Uribe, have called it too lenient on FARC members, some of whom will be amnestied or given reduced sentences for crimes committed during the conflict.

But Londono called his group's disarmament "a historic moment for Colombia," describing it on Twitter as "an act of will, courage and hope." 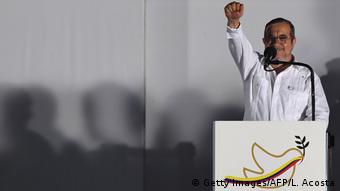 Londono has hailed the agreement as "historic"

Colombia's internal conflict broke out in 1964 over land rights issues and pitted FARC and other left-wing rebels against the military, police and right-wing paramilitary groups. It left 260,000 people confirmed dead, more than 60,000 missing and 7 million displaced.

President Santos says he now wants to achieve "complete peace" in the country by obtaining a deal with the last major rebel group still active in Colombia, the leftist National Liberation Army (ELN).

Although the ELN started talks with the government in February, it and other fringe groups have been blamed for ongoing violence over the past months.

The Nobel Peace Prize has been awarded to Colombian President Juan Manuel Santos for his role in the peace process with FARC rebels. He dedicated the prize to the victims of his country's civil war. (07.10.2016)