The coronavirus crisis has wrecked football leagues around the world. But in Colombia, the women’s game fears discrimination has also been at play, with male players not seeing the same financial cuts. 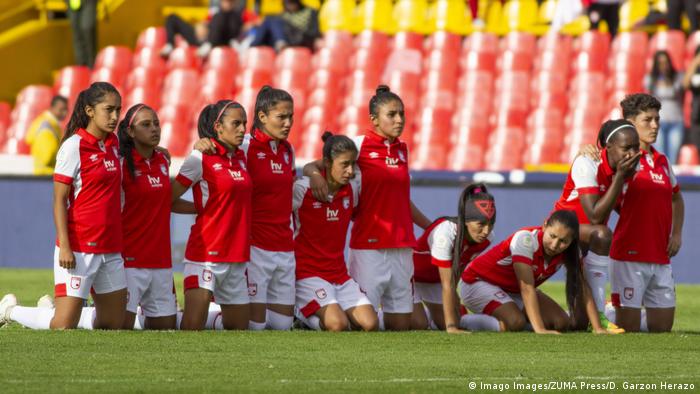 Colombian professional women footballers were finishing up their preparations in March for the fourth edition of the Women's Professional League, which was due to start in the second week of April. But the coronavirus crisis led to its postponement, and there are now allegations that female players are being unfairly punished financially.

Even before the pandemic, Colombian football worried that the professional women's league might not be economically viable.

An agreement was reached for the continuation of the women's league, but without defining the conditions of the players' contracts, dates of the championship, and other organizational issues. It is a decision that is now taking its toll.

Independiente Santa Fe, which has a male and female team, issued a press release this week that even angered the Colombian Vice President Marta Lucia Ramirez.

The club statement said that "the salary for the men's team and for the administrative officials will be paid partially." However, "the work contracts (for female players) are suspended by mutual agreement and help will be given to cover minimum vital needs while this painful situation is overcome."

Ramirez told the club of her unhappiness in a letter.

"I am writing to you to express my absolute rejection of the decisions taken in the framework of the current health emergency and according to which, in a discriminatory and arbitrary manner, unequal decisions have been taken," she wrote.

Read more: Women's Bundesliga not facing wave of bankruptcies — at least not yet 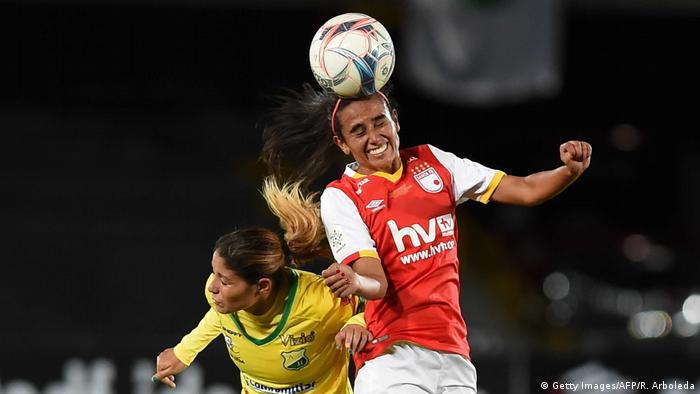 Independiente player Gabriela Huertas defended her club, telling Colombian radio: "We were paid for the days we worked in February and for the whole month of March. The contract is suspended for one or two more months. The money that was lost in these two months will be recovered."

Along with Independiente, fellow Colombian women's first division clubs Atletico Nacional are America de Cali were the only teams that even had granted their players 12-month contracts this year.

Most of the players from the other professional clubs were training without a contract when the postponement was decreed.

Sarah Castro, director of the daily newspaper AS Colombia, said: "In this country, women's football is fake supported. The players have never been sure how women's football will be structured. When the COVID-19 crisis unfolded, we realized that only three clubs had given contracts to the players. The rest were training without contracts. They were sent home without social security."

Inequality in the crisis?

According to a report by the Colombian Association of Professional Footballers (ACOLFUTPRO), Bogota's Millonarios made agreements with players, but two weeks later, the relationships were terminated. The club said training sessions up to that point were paid.

Club Junior de Barranquilla is finalizing its offer, according to player Orianica Velasquez, Pan-American champion with the Colombian national team.

"We don't have any signed contracts. We didn't have any specific dates to sign the contract. I was in the process of doing it when the crisis happened. I am part of Junior, they have given us 50 percent of the agreed salary, we are waiting to see if they give us food stamps, or pay our rent," she told DW. 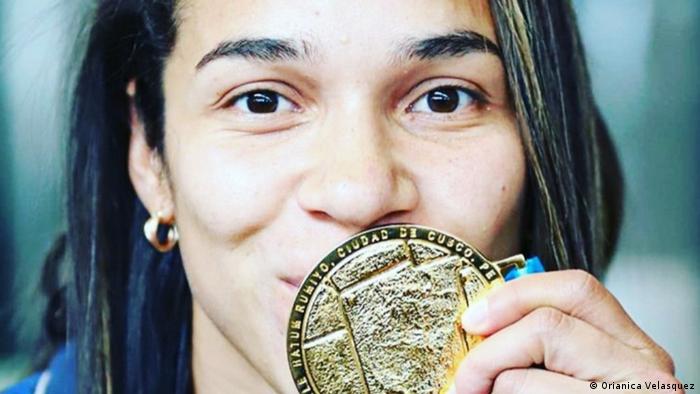 Colombian women footballers, on average, earn about €236 ($256) a month — in the best of cases, it is only up to €700 a month. Media reports say the highest-paid male player at Independiente Santa Fe receives around 40,000 euros per month.

ACOLFUTPRO said eight under-18 female players from one club have to live under one roof with their coach.

"There are rumors the women's league will be canceled. We know that we're the easiest group to exclude, especially when the clubs are in a very difficult financial situation," said Velasquez.

France is hosting 24 teams for the Women's World Cup. Though the athletes play professionally in 34 countries, some leagues are better represented than others. Where are conditions for women's football best — and why? (27.06.2019)

While sports all over the world are on hold, Belarus's top football and ice hockey leagues are set to play in front of live audiences this weekend. Organizers of the women's Super Cup are even offering free admission. (27.03.2020)