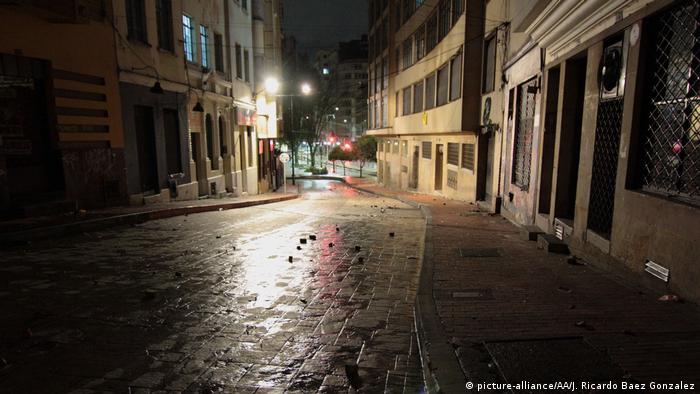 Colombia's president, Ivan Duque, ordered a curfew in the nation's capital Friday night as unrest continues following a massive march Thursday that brought an estimated 250,000 people into the streets.

The protests in Bogota are centered on discontent with Duque's conservative government — a key ally of the United States, rumors of economic reforms, and what protesters say is a lack of government action to stop corruption and the murder of human rights activists.

In a televised speech Friday evening, Duque said he would "launch a national conversation" to "strengthen the current social policy agenda" and "close social gaps."

Duque said the dialogue will include all social sectors and take place in cities around the country starting next week. The president also ordered the "deployment of joint patrols of police and army in the most critical places."

Venting their anger have been trade unionists, students, opposition parties and indigenous organizations.

While the protests on Thursday started out peaceful, they ended with scattered clashes between protesters and police. On Friday, protesters clashed with police in several parts of the city.

In the southwestern province of Cauca, at least three police officers were killed and five injured in a bomb blast outside a police station in the town of Santander de Quilichaom, authorities said. 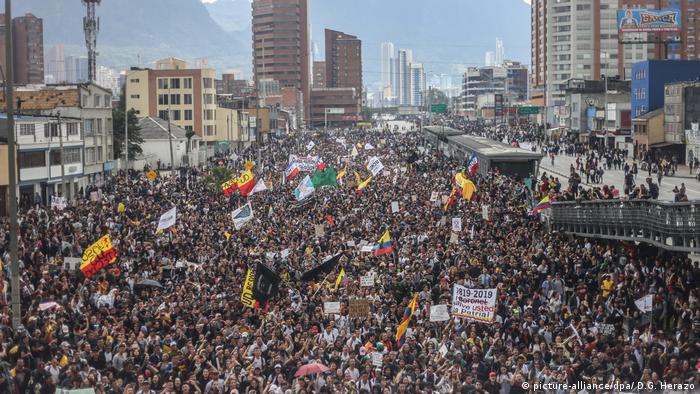 An estimated 250,000 people took part in a general strike on Thursday in Bogota

Bogata Mayor Enrique Penalosa had earlier announced a curfew for three neighborhoods, but extended the measure later Friday evening to the entire city of 7 million on request of the president.

There were reports Friday night of hundreds of people defying the curfew to protest outside the home of President Duque in Bogata.

Protesters dispersed peacefully about one hour after the start of the 9:00 p.m. [local time] curfew, according to news agency AFP.

Defense Minister Carlos Holmes Trujillo said that, as of Friday morning, 98 people had been detained and 151 police and military officers had been injured, along with 122 civilians with minor injuries and tear gas inhalation.

The defense minister said two people were killed in the port city of Buenaventura after police were attacked while responding to looting at a mall. A third person died in Candelaria after police said a group looting a supermarket shot at officers

The protests in Colombia coincide with social unrest in other Latin American countries, including the ongoing anti-austerity demonstrations in Chile, and  protests over vote-tampering allegations in Bolivia that led to the resignation of President Evo Morales.