Cologne Leads the Way in Safe Prostitution | Germany | News and in-depth reporting from Berlin and beyond | DW | 07.07.2005

The German city of Cologne is implementing a successful model championed by liberal neighbors in the Netherlands for providing prostitutes with a safe environment to work in away from the city center. 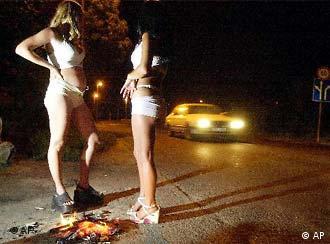 Authorities want prostitutes off the streets and into safe areas

About 800,000 men a day visit prostitutes in Germany. Sex is big business but along with the skin trade comes the underworld connection to drugs and the power struggles between pimps and organized criminal gangs which lead to the spread of violent crime.

The criminal aspect of prostitution was one of the overriding factors behind the German government's decision to legalize 'the world's oldest profession' in 2002 and regulate the sex industry.

The city of Cologne is now taking steps unprecedented within Germany to continue the modernization and regulation of prostitution with a project that will protect sex workers, minimize the criminal element and move prostitution out of the city center and into a specially designed area on the outskirts. 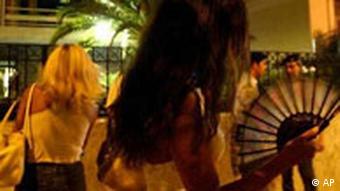 The introduction of the so-called "supervised line" concept in the Cologne suburb of Longerich allows prostitutes from the city center to operate in a protected environment. The concept and project is the culmination of three years of work by a joint task force made up of members of the Catholic Church's social services for women, the local police and the Public Order, Social and Health Department.

"There used to be street prostitutes in the Reichensberger area of Cologne," said Robert Kilp, chief of the Public Order, Social and Health Department. "We had a lot of problems with residents. There were houses and offices in the area where the prostitutes worked, and there were situations where female residents and workers were wrongly approached." 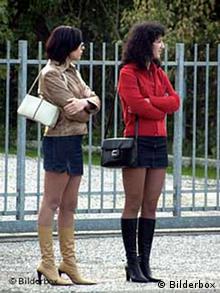 There were also problems with the criminal aspects of prostitution. The area became littered with used syringes, local residents were harassed and there were almost daily reports of prostitutes being raped.

The spiraling violence and amount of complaints led to the Cologne city authorities leading the call for something to be done on a federal level in 2001. With the decriminalization of prostitution coming a year later, the authorities began planning ways of making the sex industry safer for workers and clients alike.

Now an area of Longerich about the size of a football field has been fenced off for the purposes of prostitution. A gate allows clients in, and there are security cameras on site for the protection of the women working in the area. Customers can drive onto the site where the prostitutes are housed in small huts known as 'performance boxes.'

Social worker Sabine Reichert from the Catholic Church's social services for women department said that safety for the sex workers was a major consideration in the layout. "Every hut is fitted so that the driver has to get out on the side nearest to the wall, and the prostitute has the side with an exit into the street in case she has to get away in an emergency. There are red alarm buttons in every box that can be pressed."

The Cologne project is based on a Dutch one that has been operating successfully in Utrecht for many years.

"At last we have our own project on the outskirts, like the ones in Holland where single towns have given areas over to legal prostitution," Robert Kilp said. "It is an area where prostitution can happen and where police and social services apparatus are on site. It is an environment free of the crime that surrounds prostitution and one where the women can get support." 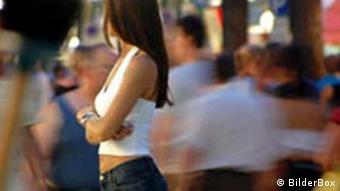 Despite the obvious positive aspects of the project, about 300 prostitutes use the area for work, lessless than a tenth of roughly 4,000 prostitutes working in Cologne. Most prefer to work without the supervision of the authorities and, as a result, operate in the climate of fear and violence that the project is trying to eradicate.

Brothels To Be Fined For Not Training Staff

With an eye on the well-being of prostitutes, Germany's Greens want to exclude brothels from a planned law penalizing businesses failing to offer sufficient traineeships. But their noble intentions have been dashed. (May 3, 2004)

Calls in Spain to Legalize Prostitution

One of Spain's largest trade unions wants the government to regulate prostitution and grant prostitutes labor rights like other workers. It's a divisive issue, with feminists and prostitutes on both sides of the debate. (May 28, 2005)

The German government legalized prostitution two years ago, but many sex workers remain reluctant to register with authorities as they continue to experience discrimination, a new study has revealed. (April 22, 2004)