Berlin is the unequivocal capital of the German film industry. So why are Sylvester Stallone and Arnold Schwarzenegger wandering the streets of Cologne? One man is responsible - and he's fighting an uphill battle. 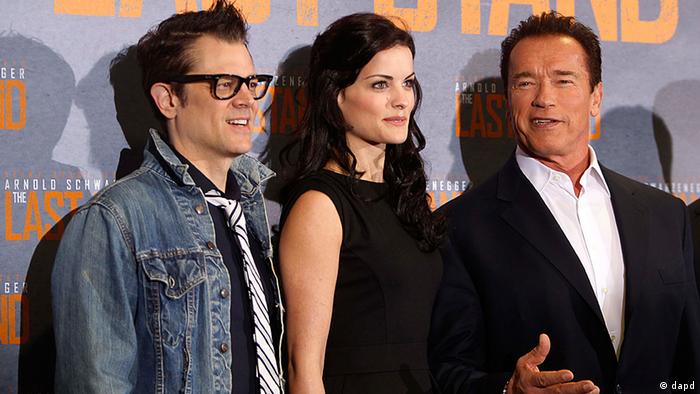 For movie fans in Cologne, Monday, January 21 was a day to remember. "I told you I would be back, and now I'm back," said Arnold Schwarzenegger at a morning press conference, playing on a quote from the "Terminator" films - and the fact that he visited nearby Essen on a few occasions for body-building competitions.

After a stop at the Cologne cathedral, Schwarzenegger and co-stars Jaime Alexander and Johnny Knoxville were then taken to a small, upscale cinema called Residenz, where their newest film, "The Last Stand," premiered in Germany. Accompanying the actors was the man responsible for bringing them to Cologne, 50-year-old Andreas Klein, chairman of Splendid Medien.

Klein is familiar with Hollywood's aging hulks: Six months ago he brought Sylvester Stallone to Cologne for the German premiere of "The Expendables 2." 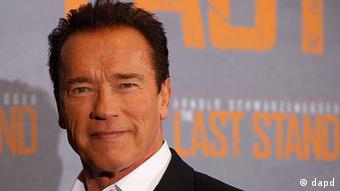 Getting Schwarzenegger to Cologne was a logistical challenge

"Stallone is a busy, successful man," Klein said in an interview with DW. "He of course has his own demands. But you have to imagine it's even more challenging with the governor."

Some locals are surprised. "I think movie stars go to Berlin more often, for the Berlinale," said 16-year-old Horer Guyis of Dortmund, referring to the international film festival that takes place every February in the German capital. "Maybe also to Munich. But Cologne?"

So what are Arnold Schwarzenegger, Sylvester Stallone and other A-list actors doing in Germany's fourth-largest city?

"It's more Kreuzberg than Cologne," Thorsten Hennig-Thurau told DW. The film, media and marketing expert sees Berlin as the capital of German cinema due to the "Vitamin B" nature of the film industry. "B" stands for Beziehungen (relationships) and the German colloquialism refers to having good connections.

"When Brad Pitt comes and does a deal, he has to be where everyone else is," he said. "The glamour is in Berlin. That's where you'll find the actors, the directors, the writers."

Even Andreas Klein has to agree. "Everything is going to Berlin," he said, "but I think it's important that we're the only company like this in North Rhine-Westphalia. We're coming out of a whole family of standards, grown in Cologne."

Klein inherited Splendid Medien from his father, returned from Hollywood to save it from bankruptcy, and has a son studying in England who - "no pressure," Klein says - would be welcome to continue the tradition if he finds it appealing. 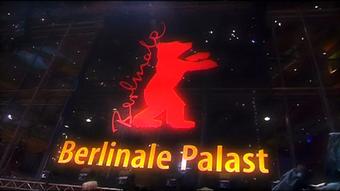 Berlin, with its annual international festival, is hard to beat

Yet Klein's company, too, has not hesitated to join the age of media concentration. Splendid Medien is comprised of nine separates businesses - production, distribution, dubbing, video on demand rights and iTunes deals are just a few of its responsibilities - with offices located in Cologne, Hamburg and Munich. Distribution deals often include Luxembourg. Still, Cologne is "home."

"It was very important for me to give a sense of respect for this being a Cologne-based company," explained Klein. "And that's the reason I really pushed. It wasn't easy for me."

"He told me that he wants to have the premier in Cologne," Schwarzenegger said at the press conference, recalling a talk with Klein. "And I said to him, 'It's not a common place to have a premiere,' and he says, 'Ahhhh, that's why we're gonna have it in Cologne…" I thought that was a brilliant idea, to do something different."

While the cost of Schwarzenegger's private jet from New York was shared by five European companies, security and limousine transport in Cologne was Klein's responsibility. "That takes time and effort," he said. "Everything has to be confirmed by two or three offices."

For all the talk of Berlin as Germany's capital of film, Hennig-Thurau sees hope for Cologne as a center of the German film industry. "I think Cologne is one of the major media towns in Europe. I mean, look at how many films and TV shows get produced there," he pointed out. 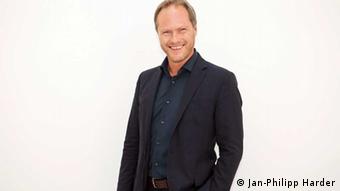 Klein has a vision for Cologne

Klein sees a limited, yet important role for his home city. "There's only one 'capital.' But there's also 'state capital.' And there we're a big player." Cologne is located in the largest of Germany's 16 states. North Rhine-Westphalia has 18 million residents, but its official capital - at least for political purposes - is Dusseldorf, not Cologne.

"I think Cologne is a cultural metropolis in Germany," said 57-year-old Cologne local Jürgen Schmitter. That said, he also feels that "it's not such a good one anymore."

That may be changing with regard to film. While Klein could not tell DW which movie stars would next be arriving in Cologne, his line-up is promising. Splendid Medien has distribution rights for the April release of "Kiss the Coach" starring Gerard Butler, Jessica Biel, Uma Thurman, Catherine Zeta-Jones and Dennis Quaid; for Schwarzenegger's next film, "Ten;" and for "Sin City: A Dame to Kill For" starring Bruce Willis, Mickey Rourke and Jessica Alba.

He also seems to be well regarded in Hollywood for his attention to detail and work ethic. "[Andreas Klein] is kind of like a soul mate," Schwarzenegger told reporters. "He went all out. I think the world of him as a producer and as a financier and as someone in the movie business that always thinks outside the box."

The world's first retrospective on the work of the Oscar-winning director has just opened - in Berlin of all places. Scorcese is accredited with countless blockbusters, but also with technical improvements to film. (15.01.2013)