The Ice Hockey World Championship is set to open with games in both Cologne and Paris. Neither of the host nations is among the favorites, but playing at home, Germany may be capable of getting past the opening round. 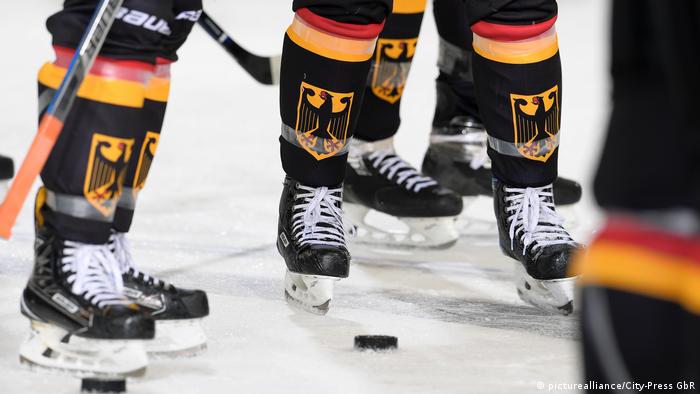 Germany go into the International Ice Hockey Federation's (IIHF) world championship with the aim of building upon their improved form since former NHL star Marco Sturm took over as the national team's head coach and general manager in mid-2015. In his first world championship, in Russia last year, the national team, which had endured some dark days since the last time Germany hosted the world championship in 2010, played a strong opening round before falling to the hosts in the quarterfinals. Last summer, they also managed to qualify for next year's Winter Olympics in South Korea - after having failed to qualify for the 2014 Sochi Games under Sturm's predecessor, Pat Cortina.

However, the 38-year-old Sturm, who is in his first coaching job since hanging up his skates in 2014, has refused to set any specific goal for the tournament, which culminates with the final in Cologne on May 21. In an interview with the German hockey weekly "Eishockey News," Sturm refused to be drawn on whether the national team needed to earn another trip to the quarterfinals for this world championship to be deemed a success.

"What's important to me is how we play," Sturm said. "I'll be proud of the lads if (by the end of the tournament) we have taken a step forward." 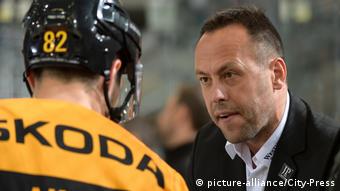 Sturm has breathed new life into the national team

On the ice, Germany will be led by veteran defenseman  Christian Ehrhoff, who Sturm announced this week would be his captain.

"The decision was an easy one for me," Sturm said of the 34-year-old former NHL star, who now plays for the Cologne Sharks in Germany's top league. "Christian has been around for a long time, I played with him myself and I know how he conducts himself off the ice."

In Thomas Greiss of the New York Islanders, Germany, who are No. 10 in the IIHF men's rankings, have an experienced NHL goalie between the pipes, as well as his teammate in Brooklyn, veteran defenseman Dennis Seidenberg, who is making his first appearance at the world championships in nine seasons. So far, the only other NHL player on the team is Tobias Rieder of the Arizona Coyotes. However, when he has to officially name his team on Friday, Sturm is expected to leave a couple of rosters spots open so that another NHL player or two can fly in after they have been eliminated from the playoffs. German fans will be hoping that the Anaheim Ducks prevail over the Edmonton Oilers, as this would mean young superstar Leon Draisaitl could strengthen the national team. Currently the two teams are tied at two games each in their best-of-seven series. 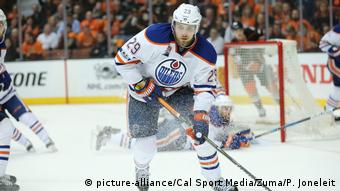 Leon Draisaitl could bolster Germany if Edmonton are knocked out of the playoffs.

However, by the time Draisaitl joins the team, if he does, Germany could already be behind the eight ball, as not only do they face three of the sport's biggest nations in the form of the United States, Sweden and Russia in their first three games in Group A, but all three have named strong teams.

"This year, there is more NHL-power than usual," Sturm observed.

The United States have a talented young team, beginning with Jack Eichel of the Buffalo Sabres, who is back after competing in his first world championship a year ago.

The Swedes also have an NHL-star-studded lineup, as they look to make good this time, having failed to get beyond the quarterfinals in the past two years.

Russia and Canada the favorites

As always, Russia, with numerous stars from the world's second-best league, the KHL, as well as a number of NHL players, will be among the favorites, although their best, Alexander Ovechkin, won't be there from the very start. Pittsburgh's 3-2 win over Ovechkin's Capitals on Wednesday put Washington on the brink of elimination from the Stanley Cup playoffs. Should they lose on Saturday, Ovechkin, who loves to play for his country, could be on a plane to Germany just hours later. Russia play Germany on Monday.

Canada, who won their 26th gold medal at last year's world championship, pulling them to within one of the record holders, Russia, at 27, will also ice a strong NHL-sourced team and will be among the favorites to win their third in a row. Not only that, but despite the presence of hockey powers Finland and the Czech Republic, they are in what on paper looks to be the slightly easier Group B, which is based in Paris. 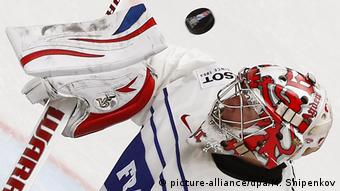 Cohosts France, who have made progress in recent years and are currently ranked 14th in the world, will certainly have their hands full, but veteran netminder Cristobal Huet, 41, who will be playing in his last world championship and the rest of "Les Bleus" have in the past proved capable of pulling off the odd upset. In Edouard Bellemare (Philadelphia Flyers) and Antoine Roussel (Dallas Stars), coach Dave Henderson also has a pair of current NHL players at his disposal.

The NHL will not adjust its season next year, meaning a host of top ice hockey players will miss the 2018 Winter Olympics in Pyeongchang, South Korea. The sport's top league could not reach a deal with the IOC. (04.04.2017)

Unlike in football, Germany are far from being a powerhouse in ice hockey. However, as the country joins France in co-hosting the 2017 worlds, DW looks back at some of the national team's more memorable moments. (02.05.2017)