Coffee from the Canary Islands

Europe is not really known for coffee cultivation. And yet the beans have been grown in the Valle de Agaete on Gran Canaria since the 19th century. Find out more in part ten of our series "Extreme Places". 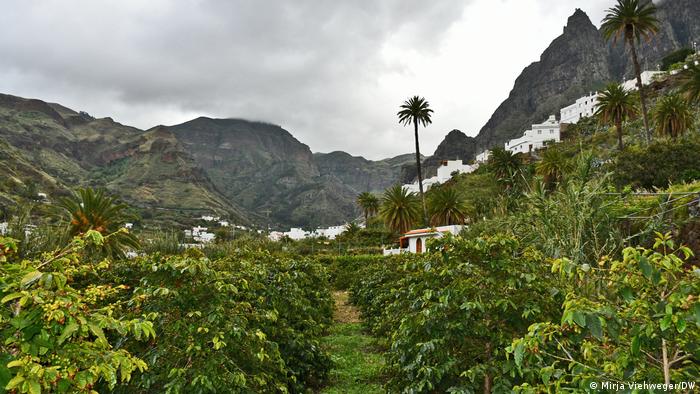 It is said that it was a shepherd in the region of today's Ethiopia who discovered the coffee plant. He had observed that some of his goats leapt around wildly after they had eaten from the red fruit of the plant. This was a coincidence that laid the foundations for the creation of one of the most popular drinks in the world today, and the multi-billion dollar industry that surrounds it. 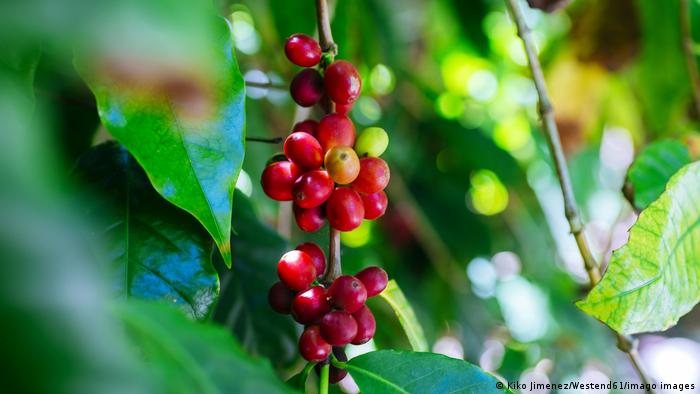 Ripe coffee beans can be recognised by their deep red colour

A particularly large amount of coffee is consumed in European countries, above all in Finland. Every Finn uses up an average of around 12 kilograms a year – that's three to four cups a day. But coffee is also the number one favorite drink in Germany, even ahead of water and beer.

The valley of the coffee farmers

The plants are grown in many parts of the world, with countries such as Brazil, Columbia, Indonesia and Ethiopia all known for their coffee production. Few people though are aware that there are also regions in Europe where coffee plants grow: in the mild climate of the Azores and the Canary Islands. Here some inhabitants have coffee plants in their own gardens and harvest the beans for their private consumption. 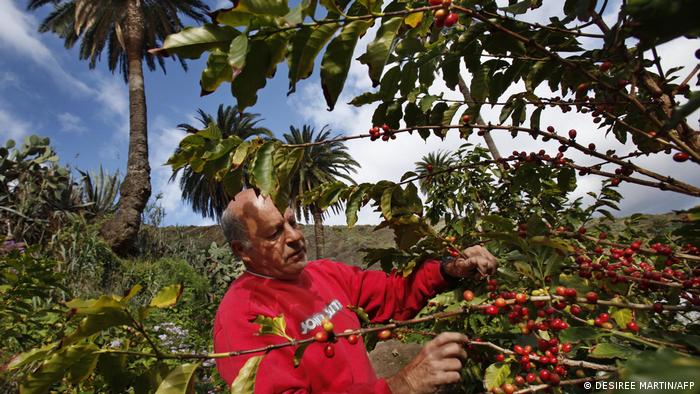 Spring-like temperatures all year round: ideal conditions for coffee farmers in Gran Canaria

Europe's largest growing region – and the only really commercial one – is located on Gran Canaria. The Spanish island off the coast of North Africa offers the perfect conditions: mild temperatures throughout the year, and fertile lava soils. Consequently, coffee thrives amidst the lush vegetation in the elongated Valle de Agaete valley.

As a harvest worker on a coffee finca

DW reporter Hendrik Welling travelled to the Canary Islands for the series "Europe to the Maxx" on the culture and lifestyle magazine "Euromaxx". On one of the small plantations he was introduced to the art of coffee cultivation and harvesting – and he got to experience first-hand how much work goes into each cup. Find out how he liked the coffee from the Canary Islands in our video.

Between 1,500 and 2,000 kilograms of coffee are produced in the Agaete valley every year, under the motto 'class instead of mass'. 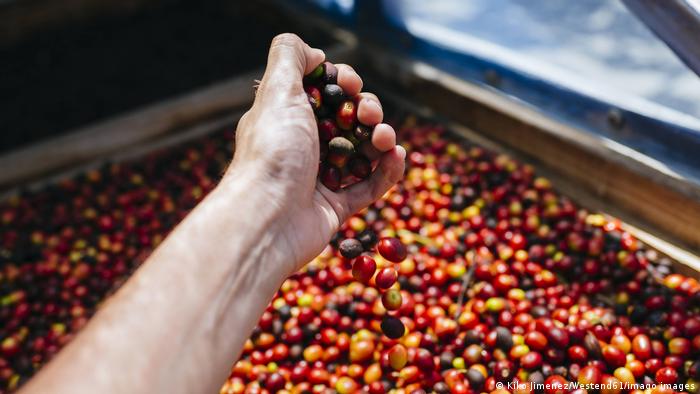 From picking to drying to roasting: coffee production on the Canary Islands is pure manual labour

The coffee beans are harvested by hand, and only the ripe, red fruit lands on the drying screen. Gran Canaria's coffee farmers also undertake further processing all the way to roasting directly on-site. The coffee from Agaete is not exported. Thus, visiting coffee-lovers can get something here that's a real rarity in Europe: a regionally-grown cup of Joe.

Getting there: From Las Palmas de Gran Canaria it's around 30 kilometers to Agaete by bus or rental car.

Special tip: Harvest time is from March to June. Some fincas offer guided tours during which visitors can learn about coffee growing.

The highest steeple in the world is not in Cologne or Rome, but in Ulm. The church in southern Germany is a building of superlatives. That's why it's featured in part eight of our series "Extreme Places".