Ghana has announced an increase of the guaranteed the cocoa price it pays to farmers by 28% per ton for the new growing season. It's the West African nation's latest attempt to improve the livelihoods of its farmers. 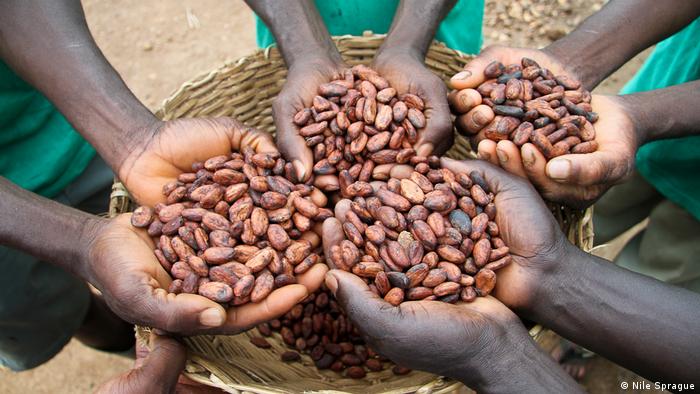 Ghana is the world's second-largest exporter of cocoa, after Ivory Coast, and exports around 850,000 metric tons of cocoa each year. Most of this is unprocessed, ready to be turned into chocolate and other products in Europe and the United States. But in recent years, production has fallen by around 30%.

Aging cocoa trees, poorly-managed plantations and drought have all played a role in the sector's decline. If production in Ghana continues to fall, it will have consequences not only domestically, but also for manufacturers internationally.

However, the latest increment in the cocoa price means that farmers can afford to plant new cocoa and also employ skilled workers, as opposed to child labor.

"The increase in price for cocoa beans will boost the farmers' morale and we commend Ghana’s leadership for this initiative," Moses Djan Asiedu, of the World Cocoa Farmers Organization told DW.

Low income among cocoa farmers is a big concern because in Ghana, they depend on cocoa for 90% of their income. And due to unforeseeable calamities — such as weather patterns — sometimes they get poor harvests.

Read more: Ghana: Making one of the earth's most polluted places safer 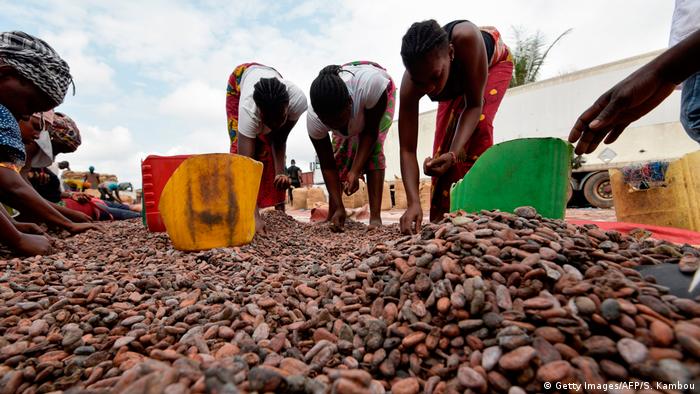 Sampson Adu Essel and his wife are both cocoa farmers in Eastern Ghana, and in the coming weeks they will be harvesting their cocoa. They attribute the delay in harvest to climate change.

"You are able to weed your cocoa, do pruning, apply your fertilizer and the weather doesn’t favor you," Essel said. "So, all the cocoa will prematurely turn to red. That is the major challenge."

But the good news is that his cocoa will fetch a higher price compared to last season.

"I am going to earn a lot of money this year because I have about five farms that sit on 21 acres," Essel told DW. "So if I harvest about ten bags from one acre — you can imagine how much I am going to earn."

Read more: The 77 Percent - The Magazine for Africa's youth

A lucrative industry with poor remunerations

The cocoa–chocolate industry is worth $131 billion, according to marketsandmarkets.com, yet when that figure is broken down, the cocoa farmers from smallholdings are given 6% of what the industry's ever-growing annual is worth. The rest goes to cocoa processors, chocolate manufacturers and their marketers who are all predominately in the West.

Asiedu thinks such disparities in earning must end. "The 6% cannot be something farmers should be happy about, he said. "Because we are talking about is sustainability where farmers involved in the production are aging."

"The youth of today is not attracted at all to engage in cocoa farming. We have children who are not showing any interest because they have seen what has happened to their parents."

For many years, cocoa prices have been subjected to global market prices, Edward Akapire from Fairtrade Africa West Africa Network told DW. Therefore, a hike in the guaranteed minimum price for cocoa farmers is an attempt to correct some of these imbalances.

"The initiative by the Ghana government is to bridge the gap between what farmers currently earn and what they are supposed to earn in order to secure a dignified livelihood for their households," Akapire added.

There have been allegations of Fair Trade condescending cocoa farmers for the benefit of everyone other than the cocoa farmer. However, Akapire refuted these allegations and told DW that, "Cocoa farmers in Ghana who are certified by Fair Trade received a differential for their cocoa sales under fair trade terms which did not accrue to other farmers who are not certified."

Ghana is one of the major suppliers of cocoa into the EU market, to which they have duty-free and quota-free access under their respective Economic Partnership Agreements.

With the new minimum cocoa prices farmers like Adu Essel hope to improve on their livelihoods and boost production for years to come.

Ghana's cocoa production is in decline, with aging cocoa trees and poor agricultural practices exacerbated by drought. But a Dutch NGO is helping to revitalize the sector.