Climate scientists in Potsdam create models of a changing world | Environment | All topics from climate change to conservation | DW | 20.11.2009

Climate scientists in Potsdam create models of a changing world

At the Potsdam Institute for Climate Impact Research, some 300 scientists investigate the causes and consequences of climate change. It's not an easy task. 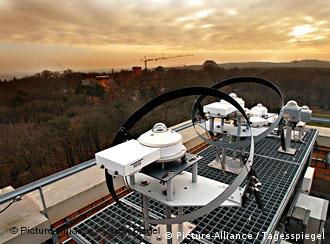 The Potsdam institute's researchers come from a variety of diciplines

Climatologist Werner von Bloh nearly has to yell to make himself heard at work.

"This is the heart of the institute," he said, standing in front of six large cabinets, each the height of a man, at of the Potsdam Institute for Climate Impact Research (PIK).

Inside are 2,000 linked processors that make up the institute's mainframe computer, one of the fastest such computers in the world. Fast computing speeds are essential to climate researchers, whose main tools are highly complex computer models.

"We couldn't very well change the earth in order to test our assumptions," said Bloh.

But the models, no matter how much computing power they have behind them, still have their limits.

"There aren't really exact climate predictions," said Friedrich-Wilhelm Gerstengarbe, the institute's assistant director. "A climate model is an if-then machine, meaning that it makes certain assumptions, which can change over time, and then comes to a certain result."

Climate researchers can develop different possible scenarios, but then again, who can say how the world economy, political conditions or environmental technology will develop over the next ten or even 100 years?

And, no one can predict the levels of future CO2 emissions, the amount of global warming and its negative consequences. 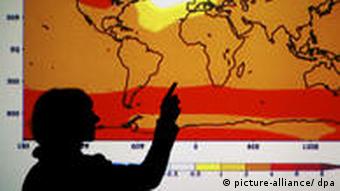 The 300 employees of the institute come from different disciplines. In addition to climate researchers, there are economists, political scientists, sociologists and others who bring their expertise to the field of climate change.

Uncertainty around the arc of future human development is not the only unknown in their calculations, climate models - if they aim for any kind of precision - depend on information on ocean currents, vegetation, ice sheets, the chemical make-up of the atmosphere and many other factors.

Complicating matters is the simple fact that scientists still don't fully understand all these factors, and that they all influence once another.

"Certain regions or processes react very sensitively to small climatic changes, and then those changes feed on themselves and grow stronger," said Anders Levermann, who conducts research on this so-called climate spiraling effect.

For example, the melting of ice sheets off the coast of Greenland, which are powerful reflectors, uncovers more and more surface area of the sea, which absorbs more and more heat from the sun.

The thawing of the permafrost in Siberia releases large amounts of methane, a greenhouse gas. But the exact amounts, and the exact consequences of this phenomenon, no one knows. 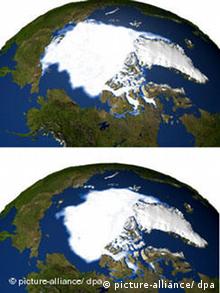 The exact effects of climate change remain difficult to predict

Also, the scenarios painted by these complex climatic models are not consistent. While it is clear that climate change will lead to rising sea levels, desertification, extreme weather conditions and other phenomena, the dimensions of all this are still unknown. Projections on the rise in sea levels by the year 2100 is between 18 centimeters and 79 centimeters.

That means researchers are constantly scrutinizing their work and in certain cases, correcting conclusions. Two years ago, scientists thought that changes in Antarctica were not leading to sea level changes like those in Greenland. However, now it is known that the South Pole is losing ice as well.

According to Gerstengarbe, researchers' climatic models are getting increasingly exact.

"Nowadays, they're pretty accurate, and what's most important is that all the models, be they American, Chinese or German, are heading in the same direction."

The thinking now is that in the best-case scenario, the average global temperature will rise by 1.8 degrees Celsius by the end of the century. If current international efforts of limiting greenhouse gas emissions fail, that increase could be 6.4 degrees C. The consequences of such a radical rise are beyond even the best of today's climate models.

"We can't predict that," said Gerstengarbe. "Because probably chaos would reign and we could no longer react to the kinds of extremes we would see."

The average temperature in Germany is rising faster than scientists expected. Big cities will have to prepare for the most dramatic increases, according to a report from the German weather service. (29.04.2009)