A new UN report assesses the collective impact of countries’ plans to combat climate change. With the key Paris climate summit just weeks away, DW asks the experts: how serious is the world about staying cool? 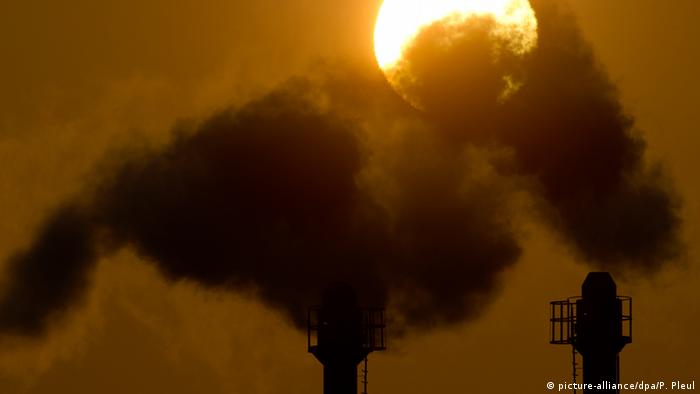 The United Nations climate chief Christiana Figueres and Jochen Flasbarth from the German Federal Ministry for the Environment presented a report synthesizing the effects of countries' intended nationally determined contributions (INDCs) in Berlin on Friday. INDCs are national climate action plans, which have been submitted by governments ahead of the UN Climate Change Conference in Paris (30 November to 11 December).

The report covers 146 plans submitted to the UN up until October 1, 2015. These include all developed nations and three quarters of developing countries under the UNFCCC, covering 86 percent of global greenhouse gas emissions.

Three degrees on the horizon?

The document confirms what independent analysts have been predicting: the pledges on the table will not be enough to limit global warming to the internationally set target of a maximum of 2 degrees Celsius rise.

"The INDCs have the capability of limiting the forecast temperature rise to around 2.7 degrees Celsius by 2100," UNFCCC Executive Secretary Christiana Figueres announced in Berlin. She acknowledged this was "by no means enough but a lot lower than the estimated 4, 5, or more degrees of warming projected by many prior to the INDCs."

The UN is keen to stress that the INDCs are "not the final word," but a signal of a global move towards decarbonization and a "climate-safe future." Figueres told journalists the national climate action plans represented a "clear and determined down-payment on a new era of climate ambition from the global community of nations."

But critical voices were also raised, as the report confirmed the so-called 'emissions gap' between what has been pledged so far and what is still needed to limit global warming. The development organization Bread for the World, described the gap between pledges and the two-degree target confirmed by the new report as shocking:

"It shows that people are evidently taking the risk of heading towards a preventable catastrophe instead of significantly reducing greenhouse gases," said the group's climate expert Sabina Minninger. She warned that increased extreme weather events would lead to famine, aggravate conflicts and increase migration.

"What is currently on the table can only keep the temperature rise under 3 degrees at best – and that would be double what those countries demand, that are most under threat from climate change." 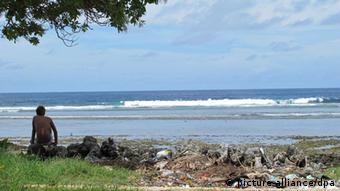 Regine Guenther, climate policy director for WWF Germany stressed that the pledges made so far would not be sufficient to guard against the "most dangerous consequences of climate change." She stressed the need to focus on closing the emissions gap. The Paris agreement must include a mechanism which forces individual countries to reduce their emissions further in short intervals of five years, she said in a statement. At the same time, renewable energy would have to be expanded on a large scale through bilateral and multilateral cooperation.

German climate expert Mojib Latif told DW that pledges by the world's top emitters, the USA and China were not adequate:

"Obama changed the reference year, so normally it should be 1990, but he chose 2005. That is not very honest, because the USA has increased its emissions a lot from 1990 to 2005. China is saying they will continue to increase their emissions until 2030, so they are not talking about reductions."

But Latif, and other experts and scientists agree with the UN view that it would still be possible to keep to the internationally agreed climate goal of 2 degrees if countries and industry took more ambitious action.

Latif cites Germany's energy transition as an example: "Nobody expected in the 1990s that we would meet 30 percent of our energy consumption by renewable energies." 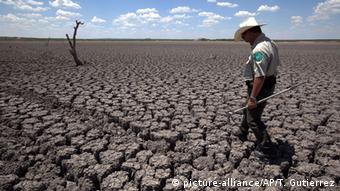 Physicist Stefan Rahmstorf from the Potsdam Institute for Climate Impact Research (PIK) told DW global emissions would have to start falling by 2020 at the latest:

"I think that for the risks to the climate system, things are looking more optimistic than they did a few years ago. The development of renewable energies – wind, solar and others – has really surpassed the most optimistic expectations. And so there is hope that if we really put our will to it, we will be able to stop global warming below two degrees, and hopefully well below two degrees, closer to 1.5 degrees Celsius."

Rahmstorf says although the INDCs are not enough for that target, "they are enough to really make a difference and set us on the right track of falling emissions. The hope is rising that Paris will be seen as a turning point, after which emissions start to drop globally, relatively soon."

Jennifer Morgan, global director of the Climate Program at the World Resources Institute (WRI), which follows emissions reductions with its own Climate Tracker, told DW the key to success lay in the "long-term vision" of a Paris agreement. She stressed it had to oblige countries to keep upping their commitments and set a long-term signal for decarbonizing the economy.

Gustavo Silva-Chavez, a climate and land use expert with the organization Forest Trends, stresses that some developing countries have pledged more aggressive conditional emissions reductions targets, if they are given international funding:

"Closing the 0.7 degrees Celisius gap is within reach and something that the final negotiations in Paris can potentially achieve. Ensuring that these countries have access to the finance they need should be one of the primary objectives in Paris."

Negotiators struggled in Bonn at the last meeting to prepare a text for the key Paris climate conference in November. Meanwhile, scientists confirmed 2015 has so far been the warmest year on record. (23.10.2015)