In an interview with Global Ideas ahead of the World Health Summit in Berlin, British epidemiologist Sir Andrew Haines makes the case for cutting greenhouse gas now, saying the health of future generations hinges on it. 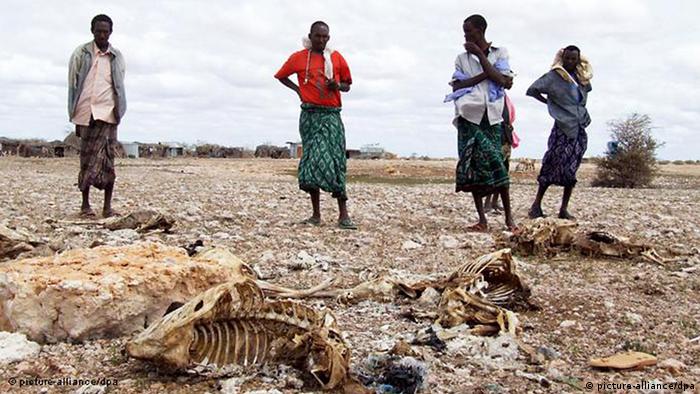 British epidemiologist Sir Andrew Haines headed the London School of Hygiene & Tropical Medicine for almost ten years until September 2010. It's the largest institution of its kind in Europe. Under his leadership, the LSHTM received the 2009 Award for Global Health from the Bill & Melinda Gates Foundation for its work on improving the health of poor people.

Sir Andrew Haines talked with Global Ideas ahead of the annual World Health Summit in Berlin, where he is one of the speakers, about the impact of climate change on the health of the planet's population in both, rich and poor countries. Haines says new approaches are needed to convince the public to engage in the fight against climate change. “If you say the future is dangerous and it's difficult, it does not motivate people,” he says. “If they believe that there’s not much they can do, they get depressive and passive. But there are opportunities. And I think we have to emphasize that.”

Global Ideas: The link between climate change and human health is a vast and complex topic. Could you map out the main interactions between the two? 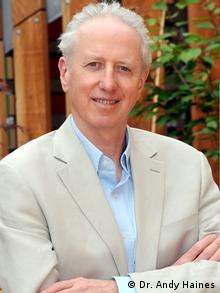 Sir Andrew Haines: There are three broad issues in relation to climate change and health. One is the potential impact of climate change on human health and the vulnerability of specific populations. The second issue is how much humanity can adapt to climate change, so whether we can reduce some of the health impacts by policies. And the third topic is the health impacts of policies to reduce greenhouse gas emissions. The impacts of climate change take place over decades, centuries in fact. That makes it difficult to give exact estimates of what the impact will be. Whereas the policies to reduce greenhouse gas emissions could have a quite rapid effect on health because they could result in reductions in air pollution, changes in transport systems or opportunities for physical activity.

Where are the impacts of climate change most visible?

It's difficult to say that a single climate event is due to climate change. Scientists usually talk in terms of probabilities or increase in risk, so climate change obviously
increases the probability of intense heat waves, increases the probability of floods and in some parts of the world also droughts. One very likely impact is heat waves in some parts of the world, for example the European heat wave of 2003 which killed around 70,000 people. The probability of this heat wave was increased by climate change and it's quite likely that this heat wave was caused by climate change, but one can't be certain. Of course, when we are looking ahead, we see much more extreme conditions and I think the concern at the moment is that emissions of greenhouse gases will take us above the threshold of two degrees above which many dangerous effects could take place.

Where do you think we're more likely to see climate change impacts on health - in rural or in urban areas?

Urban areas are affected as well. Heat tends to be higher in urban areas than in rural areas. That is called the urban heat islands effect. And so we would expect urban centers to be particularly affected. But of course, rural areas too, particularly those people who have to work outdoors. We do know that labor productivity is likely to decline quite substantially. One study suggested a decrease of 40 percent in labor productivity in hotter months of the year by 2100. So that would affect the capacity of poor farmers and laborers. These kinds of effects are not included usually in the models of how poverty will change over time.

Can you outline a few strategies for coping with these changes?

The first thing of course is to build up a public health system for poor countries. Build up a capacity to deal with malnutrition, infectious diseases, water related diseases, that is obviously vitally important. And that has to be done both through improving the quality of health care and prevention. But also, for example, by increasing floods preparedness in coastal regions, building up flood defense systems to help the population adapt to climate change as far as possible.

Considering that populations are growing and also aging, where do you think we need to begin to mitigate? 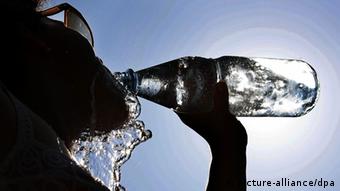 There is a growing elderly population, not only in Europe, but also in other parts of the world. And of course they are more vulnerable to the effects of climate change. It's quite likely we could have nine or ten billion people on the planet by the end of the century. This is going to present big challenges to remain healthy in different climates towards the end of the century. Carbon dioxide, for example, stays in the atmosphere for over a hundred years, portions of it up to 1,000 years. We have to make cuts in greenhouse gas emissions now in order to protect the health of future generations. And even short-lived greenhouse pollution, by methane for example or black carbon (a fine particle produced by incomplete combustion of biomass). They also increase temperatures but they last much shorter in the atmosphere. So if we could reduce them, we could reduce change in the climate in a very near term. But we need to do both.

How can we convince people to take action in the face of such a big and complex issue?

One of the arguments we think is quite powerful is that there are many policies which will produce benefits in the near term as well as reduce climate change in the long term. Let's say, when we burn less coal, we produce less carbon dioxide but we also produce less fine particle and air pollution. So switching from coal to much cleaner energy sources will improve public health today as well as climate change. There are many other examples - having more hybrid, electric vehicles rather than diesel reduces air pollution, more active travel, walking and cycling has air pollution benefits but also the benefit of physical activity. And, we know that many people in modern society are not getting enough physical activity and that's a major risk factor for many common diseases like heart diseases.

What can each person easily do to reduce his or her own personal carbon footprint? 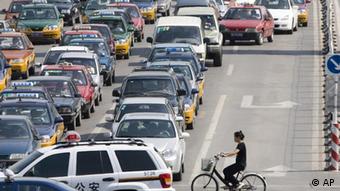 Today, people in cities often don’t exercise enough which can lead to illness

Indeed, agriculture is an important contributor to greenhouse emissions. The highest emissions come from animal products, cattle in particular. If people move towards lower consumption of animal products and increase fruit and vegetable consumption, then one can improve their health as well as reduce emissions. That's easy to say, but it's not easy to change people's diet. They have strong views and strong beliefs about consumption patterns. There is an increasing demand for animal products from emerging economies like China, for example, and to some point these demands need to be addressed.

We have seen calls to action from the health sector during climate conferences in Durban in 2011 and a year later in Doha. Since when has the issue been on the scientific agenda?

Personally, I've been into health and climate change since the early 1990s. It has not been the only focus of my work, but I have been thinking and writing about it since then. A few other colleagues also started many years ago. But in terms of affecting the main theme of medical health thinking, it's really only in the last few years that we've seen a range of important health organizations taking strong positions on climate change.

Would you say there's a better chance at getting an agreement on the issue among health organizations than say during annual climate negotiations?

Of course, climate change negotiations are an important form of agreements, I mean health professionals can say what they like, but unless we have a strong agreement we are not going to prevent dangerous climate change. I think there's a lot of concern and frustration about the slow progress because obviously there are lots of interests in the fossil fuel industry. Even if the negotiations in 2015 in Paris don't deliver the kind of treaty we all want to see, we can't just give up. We have to continue our work to try to protect the population as far as possible and to reduce emissions as quickly and as far as possible without marginalizing the poor. Because one of the adverse effects of low carbon technology is that it can be more expensive and so it's important to ensure that the poor get access to affordable low carbon energy sources.