Civilians trapped in Raqqa under bombardment without water or electricity | News | DW | 28.06.2017

Civilians trapped in Raqqa under bombardment without water or electricity

The UN human rights chief has urged all sides in the battle to oust "Islamic State" fighters from Raqqa to spare the lives of civilians. Some 100,000 people may still be trapped in the Syrian city. 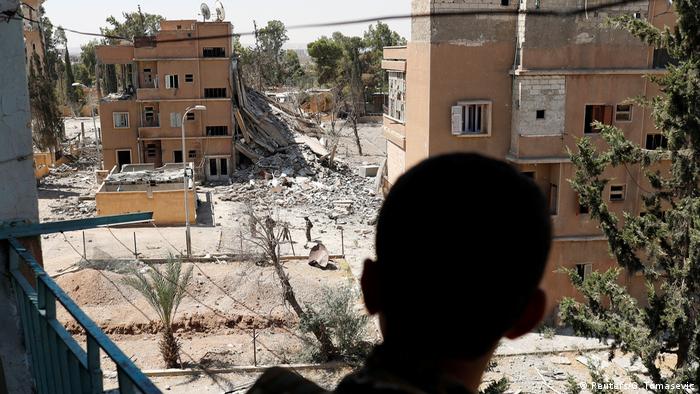 In a statement issued in Geneva on Wednesday, Zeid Ra'ad al-Hussein, the United Nations High Commissioner for Human Rights, urged all parties to the conflict to enact measures allowing for civilians who wish to flee the fighting in the northern Syrian city to do so in safety.

"The intense bombardment of Al-Raqqa over the past three weeks has reportedly left civilians terrified and confused about where they can seek refuge as they are caught between ISIL's monstrosities and the fierce battle to defeat it," al-Hussein said in a statement issued by his OHCHR Geneva office, using an alternative reference to the so-called "Islamic State" (IS) group.

"Civilians must not be sacrificed for the sake of rapid military victories," al-Hussein emphasized as he called on all forces, including international ones, to review their operations to ensure full compliance with international law and to take all feasible precautions to save civilian lives.

At least 173 civilians have been killed in air and ground operations against IS in Raqqa since the start of the month, the UN said. 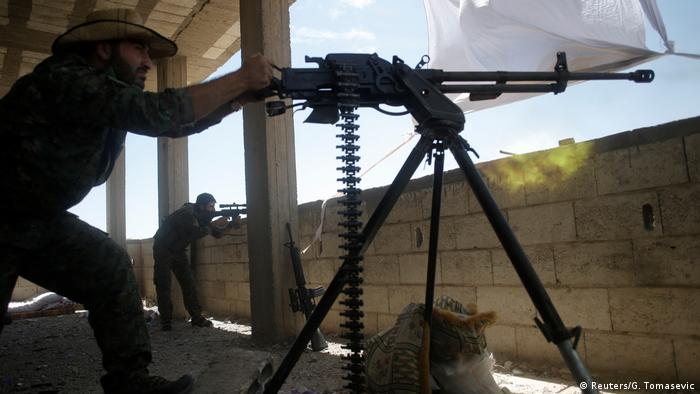 There have also been reports of an increasing number of civilian deaths in Raqqa as escape routes out of the city have been sealed off.

The OHCHR said IS had prevented civilians from fleeing Raqqa and others had only been able to leave after they paid large sums of money to smugglers, including traffickers affiliated with IS.

Some of the remaining IS militants in Raqqa, estimated to number up to 4,000, have been passing themselves off as civilians to try to avoid intensifying airstrikes, according to local witnesses. The militants have also shot people trying to escape as US-backed coalition forces close in.

There is reportedly no electricity or running water in Raqqa.

The OHCHR Geneva office also raised concerns over reports of human rights violations by the Syrian Democratic Forces (SDF), a group of Kurdish and Arab militias who spent months moving to surround Raqqa in preparation for the assault to recapture the city from IS. 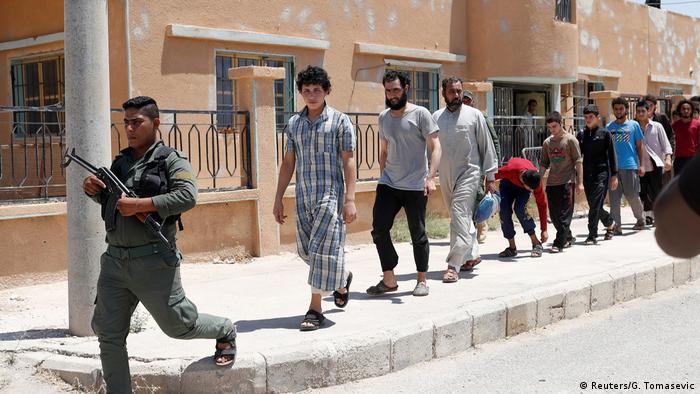 Captured IS fighters walk behind a Kurdish policeman in Ain Issa, north of Raqqa

There have been allegations of looting, abductions, arbitrary detentions during screening processes as well as the recruitment of children by the SDF in the city of Tabqa, west of Raqqa, which the group has under its control, according to the UN.

The US-backed coalition has supported SDF advances against IS throughout the Raqqa campaign with artillery and airstrikes, including some against IS leaders.

The UK-based Syrian Observatory for Human Rights said on Saturday that coalition airstrikes in and around Raqqa had killed almost 700 civilians so far this year.

The strikes have also caused widespread destruction in the city, according to civilians among the 10,000 who have managed to reach the Ain Issa camp for displaced people north of Raqqa. Other residents who fled said IS fighters have been laying landmines on streets, booby-trapping houses and digging tunnels in preparation for a final battle.

The US-based Human Rights Watch organization has expressed concern about the use of incendiary white phosphorous weapons by the US-led coalition.

A group monitoring airstrikes in Iraq and Syria said the situation in Raqqa was as bad as it had been in last year's siege of Aleppo:  "It's certainly fair to say that we are seeing numbers of civilians reported killed and numbers of incidents comparable to the worst periods of the Aleppo siege last year when east Aleppo was under bombardment by both Russian and Syrian forces," said Chris Woods, the director of London-based NGO Airwars, a journalist-led transparency project aimed at tracking and archiving the international air war against IS.

"The Americans and their allies want this war over with as quickly as they can and I think that there is an acceptance in military circles that a lot of civilians are probably going to die in the process," Woods said.