Delegates at a global wildlife conference have voted overwhelmingly to extend protection of five threatened species of shark. Demand for shark fin soup from Asia has led to a decline in species numbers across the world. 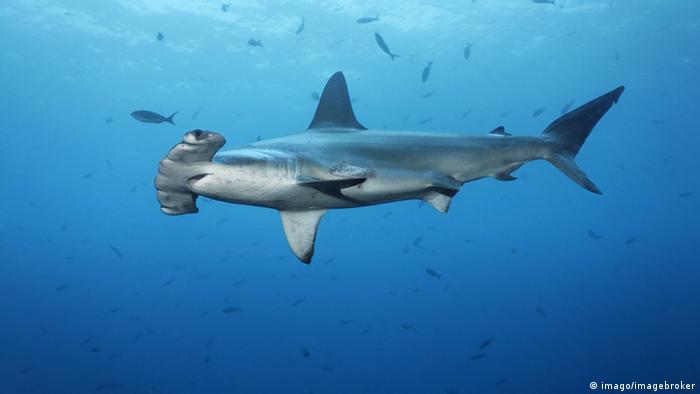 The 178 signatory nations to the Convention on International Trade in Endangered Species voted on Monday to protect five species of shark threatened with extinction through fishing.

Sharks are threatened by a rampant demand for their fins, with shark fin soup considered a delicacy in China and Japan. Both countries tried in vain to block the proposal, put forward by nations including Brazil, Colombia and the United States.

The vote, which extends protection to the oceanic whitetip, the porbeagle shark and three types of hammerhead shark was welcomed as a positive step by US-based group Shark Advocates International.

Under the terms of the treaty, governments will have to comply with the regulations that require them to issue sustainable export sanctions within 18 months. If they do not, they could be subject to sanctions.

The practice of gathering shark fins involves cutting the fins off living animals, with sharks dying slowly of blood loss or from being unable to use their gills to respire.

More than two dozen shark species are listed as officially endangered, with over 100 others considered to be vulnerable.

CITES meetings take place every three years, with delegates discussing the best ways to regulate trade in plants and animals.