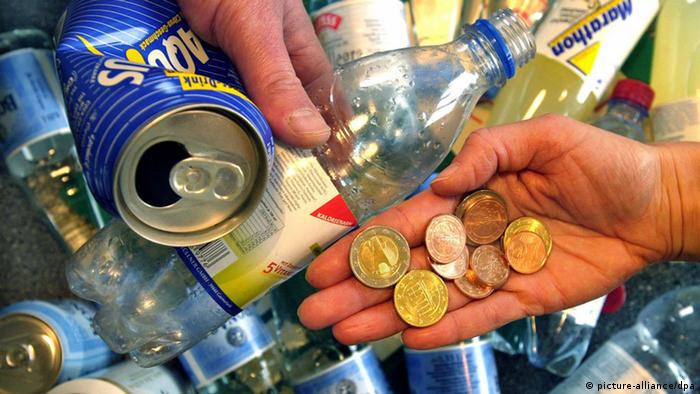 The European Commission is asking member states to recycle 70 percent of municipal waste and 80 percent of packaging waste by 2030. The proposals also call for a ban on burying recyclable waste in landfills as of 2025, and set targets for reducing marine litter and food waste.

"The message is that while you are protecting the environment you can boost your economic development and provide new growth and new jobs”, said Environment Commissioner Janez Potocnik.

In advance of the announcement, the EU made the circular economy the focus of its annual environment gathering at the Green Week in Brussels last month.

The end of the line for the throw-away society? 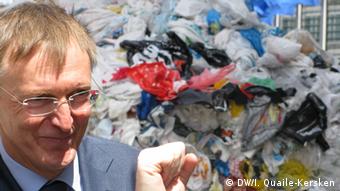 "If we do not go into the roots of economic behavior, of how we consume and how we produce, how we live, I don't believe in the long term we can settle the issue of protecting the environment and living within the boundaries of the planet."

Approaching the end of his term in office, Potocnik said the linear economic systems inherited from the 19th century were not adequate for the 21st century world of emerging economies with millions of new middle class consumers and inter-connected markets: "If we want to compete, we have to get the most out of our resources, and that means recycling them back into productive use, not burying them in landfills as waste."

"Resource efficiency alone will not solve all our environmental problems, but it is a step in the right direction. A McKinsey study last year estimates for 2030 the financial benefit of resource efficiency at around $3 trillion per year. 70-85 percent of this potential would be in developing countries."

The cost benefit of resource efficiency has been too long neglected, says Leuenberger:

"Studies show that in Germany, which is a high-salary country, labor costs are around 20 percent. Material and energy costs are between 45 and 55 percent, depending on the industry. Still, if you have to reduce production costs, most CEOs focus on labor. But we think resource efficiency is a key aspect." 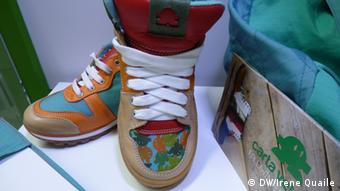 "For all our natural resources the trends are going in the wrong direction. We are over-consuming, using too many resources which means too much pollution and increasing prices. It can also mean growing instability in the world because the poor are the victims. They cannot have access to affordable and cost-efficient resources to live."

"We need to have growth, we have two billion more people in the next 25 years and millions still living in poverty. They all want a better life. If we cannot decouple economic growth from the consumption of natural resources and emissions we will run into huge problems."

Europe's progress at the cost of developing nations?

"But if you dig a bit more deeply, you will see it is just because we have outsourced more polluting or energy- intensive industries like iron and steel to other countries, So we can't solve the decoupling problem without involving the rest of the world: India, China, Mexico, South Africa."

Recycling as such is a good idea, says Leuenberger, but unprofessional recycling activities can pollute the environment . He cites the problem of electronic waste in countries like India, China and Nigeria. 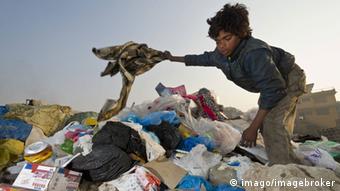 Waste tips cause problems in India and elsewhere

Changing production is one key aspect, but consumption patterns in the industrialized world will also have to change, says Leuenberger:

"If everybody is consuming on the same level as industrialized countries, there will be no sustainable world, even if we optimize to the maximum. You cannot convince someone in Vietnam, for example, that he should only buy one T-shirt or buy a bicycle but not a car if we have four cars and 50 T- shirts."

The EU Commision proposals still have to be approved by the European Council and the European Parliament and must be implemented in conjunction with existing legislation on waste, landfills and packaging. But both the EU and the UN stress that the key is in convincing business that resource efficiency makes financial sense. Green Industry Initiative chief Leuenberger told DW:

"I don't think we can wait until all the countries have all the policies in place and all the government institutions trained and equipped to enforce environmental or sustainability laws. We are really trying to convince industries to go for more resource efficiency, more environment friendly technologies, because they can make more profit if they produce in a clean, efficient way."

Buying cleaner, more efficient technology may be more expensive at the beginning, but production costs per unit over the next 10 to 20 years will be lower:

"In many cases, people are not aware of this because they never do a full cost analysis allocating the full costs for water, energy and waste to the specific production lines, so they don't know how much money they are wasting through their inefficiency."

Progress, but not fast enough

However, WRF Director Bas de Leeuw stresses government regulation has a key role to play in speeding up the transition towards a circular economy. Iain Gulland, Director of Zero Waste Scotland, agrees. In Brussels to promote Scotland's ambitious aims of 70-percent recycling by 2025, 60 percent by 2020, he told DW EU initiatives were essential:

"It is all about creating a market, persuading people to change their business model, and develop new products. They won't do that just for home, but they will do it for a wider market. With this agenda, we create a new market and businesses, big and small, will start to adapt." 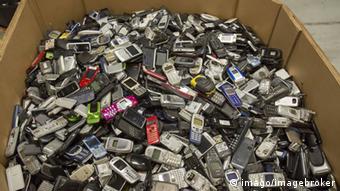 The public sector can take the lead by implementing a sustainable procurement strategy, says Gulland. One initiative that supports this is TCO Certified. The Swedish trade-union owned group operates a certification system for sustainable IT products for the public sector, which is also being promoted by the EU. Director Niclas Rydell told DW:

"Certification can have a big impact on a whole industry. What we are trying to do is minimize the environmental impact, at the same time as we increase the life of a product."

Resource efficiency for a conflict-free world

WRF chief de Leeuw says saving energy and water in production are key isues with a growing population and a changing climate. Additionally, the scarcity of resources such as rare metals is a major factor behind the drive for resource efficiency and a circular system. The fact that rare metals needed for IT production are not located in Europe or the USA is an incentive to use them more economically.

"This is not an environmental agenda, it is really an economic and a security agenda, calling for international discussion," says de Leeuw.

"We have seen through the centuries that if countries and peoples do not get the resources they need for their economy or quality of life, sometimes there will be conflict. That is something we have to prevent with all our strength."

While environment leaders met in Brussels to discuss how to speed up the transition to a green economy, China and the US grabbed headlines with emissions-capping measures. Have we reached a turning point? (04.06.2014)

'No future for a prosperous planet without a healthy environment'

Marco Lambertini is the new director general of WWF International. DW spoke to him about his plans for the world’s largest independent conservation organization, active in over 100 countries. (21.05.2014)

Water scarcity is a growing problem in California after years of megadrought. In San Diego people are looking for ways to save water.