CIA triples estimate of 'IS' militants in Syria, Iraq 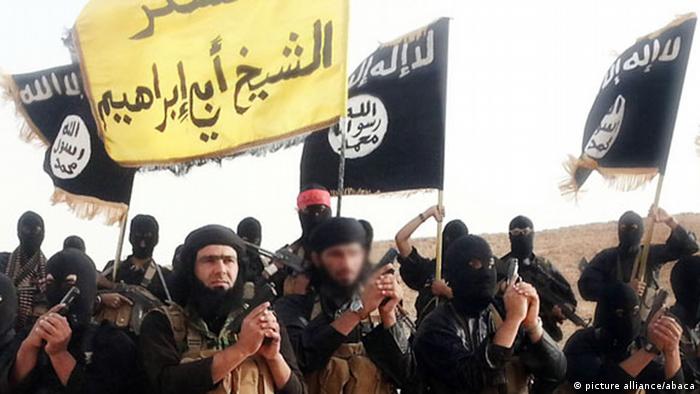 The "Islamic State" now have about 20,000 to 31,500 fighters on the ground in Iraq and Syria, the Central Intelligence Agency (CIA) estimated late Thursday. The previous estimate was 10,000.

CIA spokesman Ryan Trapani said in a statement, "CIA assesses the Islamic State of Iraq and the Levant (IS) can muster between 20,000 and 31,500 fighters across Iraq and Syria, based on a new review of all-source intelligence reports from May to August."

"This new total reflects an increase in members because of stronger recruitment since June following battlefield successes and the declaration of a caliphate, greater battlefield activity, and additional intelligence," he added.

The announcement came a day after President Barack Obama vowed to expand an offensive against IS extremists, a plan which foresaw new air strikes against IS in Syria, expanded attacks in Iraq and new support for Iraqi government forces.

The German interior ministry is planning to ban the terrorist organization Islamic State, according to media reports. However, there are still some hurdles before the ban takes effect. (11.09.2014)

The United States’ key Middle East allies have agreed to back a US-led military operation against extremist "Islamic State" fighters. The operation, proposed by US President Obama, now awaits backing from US Congress. (11.09.2014)

The US is in search of partners in its military campaign against IS. A number of Arab states could join the "coalition of the willing" and could contribute in many ways. But there are also reservations. (11.09.2014)