Chronology of Kosovo′s Path to Independence | Europe | News and current affairs from around the continent | DW | 17.02.2008

Chronology of Kosovo's Path to Independence

Kosovo's declaration of independence from Belgrade caps a decades-long struggle for control over Serbia's historic heartland by the territory's Albanian population. 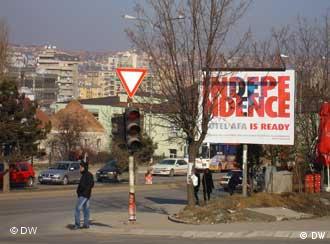 Kosovo's road to independence has been a long one

Serbs, who see Kosovo and its hundreds of medieval churches, monasteries and shrines as the cradle of their national spirit, said they will never give the region up.

But Serbs have since lost the population battle to Albanians, who now make up a 90 percent majority. Nine years after they again lost control over Kosovo in war, Serbs are now also losing even the formal hold over it.

Serbs first lost Kosovo when their declining empire suffered a huge defeat to Ottoman Turks in a 1389 battle. They waited five centuries, until 1912 to return the land to Serbian rule.

Here are some of the key dates in Kosovo's history:

1945 - Kosovo becomes a province of Serbia, the largest republic of the new, Communist Yugoslav federation. 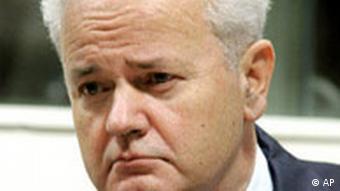 Milosevic said Serbia would never give up control of Kosovo

1989 - With Slobodan Milosevic rising to power on a surge of national awakening in Serbia, Belgrade scraps the autonomy of the increasingly restive Kosovo.

1990 - On July 2, legislators of the dissolved provincial parliament declare independence from Serbia, an act which the international community ignores. Belgrade then dissolves Kosovo's autonomous assembly.

1998 - After five year of non-violent resistance through parallel institutions under the guidance of the moderate Ibrahim Rugova, the extremists among Kosovo Albanians take the initiative. The separatist guerrilla Kosovo Liberation Army UCK launches attacks on police, military and Serb civilians. Milosevic's security apparatus cracks down on the rebels with massive force, effectively starting a war. 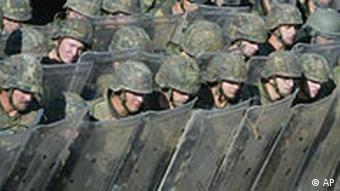 NATO stationed thousands of troops in Kosovo after the bombing campaign

1999 - Talks between Albanian leaders and Belgrade -- mediated in Rambouillet, near Paris by the Contact Group of big powers -- fail to reach a solution by their conclusion on March 19. An escalation of violence in Kosovo produces huge waves of refugees and on March 24 NATO launches an aerial bombing campaign against Yugoslavia to stop the bloodshed and the exodus. After 78 days Belgrade capitulates and orders its troops out of Kosovo, making room for a NATO-led peacekeeping mission of some 45,000 troops, but only after wrangling out a UN resolution guaranteeing it sovereignty over Kosovo. The same resolution, 1244, introduced a UN administration to govern Kosovo. Fearing reprisal attacks, thousands of Serbs flee Kosovo.

2004 - On March 17 concerted Kosovo-wide riots by Albanians leave 19 dead and hundreds injured. Thousands of Serbs flee their homes as hundreds of houses and dozens of churches are set on fire. The eruption of violence was never properly explained and instigators were poorly prosecuted. The incident was used by Belgrade as an argument against Kosovo's independence.

2005 - Kosovo Prime Minister Ramush Haradinaj resigns from office to face war crimes charges at The Hague. Haradinaj strongly denies the charges; the court has not issued a verdict. The UN Security Council agrees to talks on Kosovo's future. Former Finnish President Martti Ahtissari is called on to mediate the talks.

2006 - In February in Vienna the UN launches the first direct talks on the status of Kosovo between Belgrade and the meanwhile fully-fledged Kosovo authorities. The Vienna talks produce no result. 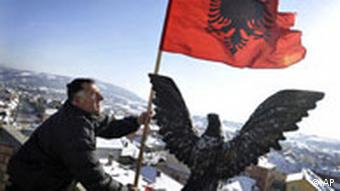 The official declaration of independence came on Feb. 17, 2008

2007 - Unable to find a negotiated solution to Kosovo's future status, Ahtissari proposes supervised independence for the province. Another round of last-ditch talks, organized after Russia shoots down an attempt at releasing Kosovo from Serbia's sovereignty in the UN, end in a deadlock by the Dec. 10 deadline. This paves the way for a unilateral declaration of independence by Pristina with the support of the United States and several European Union nations.