The ex-Germany and Real Madrid football player has received a suspended ten-month jail sentence after admitting to the possession and distribution of exploitative images of children. 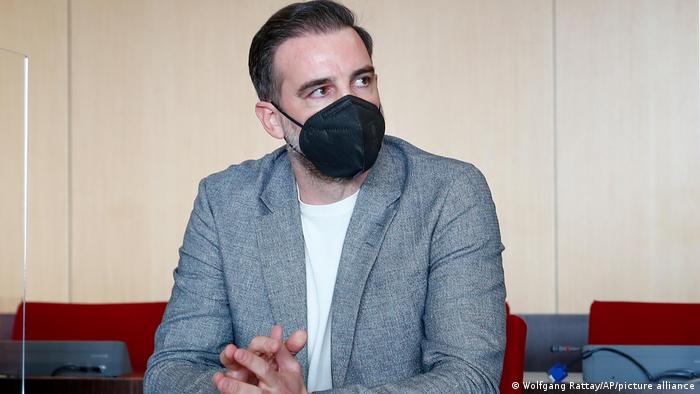 Christoph Metzelder sits in court at the start of his trial

A court in Düsseldorf has handed former Germany defender Christoph Metzelder a suspended ten-month jail sentence for the possession and distribution of exploitative images of children.

"I took screenshots of incriminating images on freely accessible websites and talked about extreme fantasies in chats," the 40-year-old admitted, adding that the fascination for him had been in "crossing boundaries" rather than in the depictions of serious sexual abuse themselves.

"There were no attacks on children or young people and none were planned, despite the extreme comments in chats," he insisted. "It all took place in a parallel digital world."

He said he forwarded the images "even though I knew what unspeakable suffering was behind them, and despite my charitable work with children.

"I accept the punishment and I ask for forgiveness from the victims of sexual violence. I will have to live with this guilt as part of society for the rest of my life."

The 2002 World Cup runner-up admitted to having forwarded 18 files which depicted child sexual exploitation to three women, although 297 images had been found on his phone. A woman in Hamburg alleged she had received images via WhatApp and contacted police in September 2019.

Metzelder, who in 2006 set up a foundation to help socially disadvantaged children in Germany, had already addressed the court, saying he was "proud" of his social work but wanted to give back the Order of Merit — one of Germany's highest state honors — "out of respect to current and future winners of the prize." 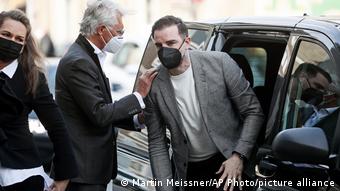 Metzelder arriving at the court in Düsseldorf

During his playing career, he picked up 47 caps for Germany, with whom he was also a runner-up at Euro 2008. He also played for big clubs including Real Madrid, Borussia Dortmund and Schalke before retiring from football in 2014.

"He knows what he has done," Metzelder's lawyer Ulrich Sommer told broadcaster RTL last week, adding that his client was in therapy.

"He also knows that it can be called a mistake and he knows that he has to face up to his responsibilities."

Metzelder had most recently been working as a television pundit for Sky Sport in Germany until the investigation began.