Christmas under fire in some Muslim countries: Tajikistan, Somalia and Brunei

The Muslim-majority countries of Tajikistan, Somalia and Brunei have clamped down on Christmas. In the case of the latter country, celebrating the Christian holiday has been banned entirely. 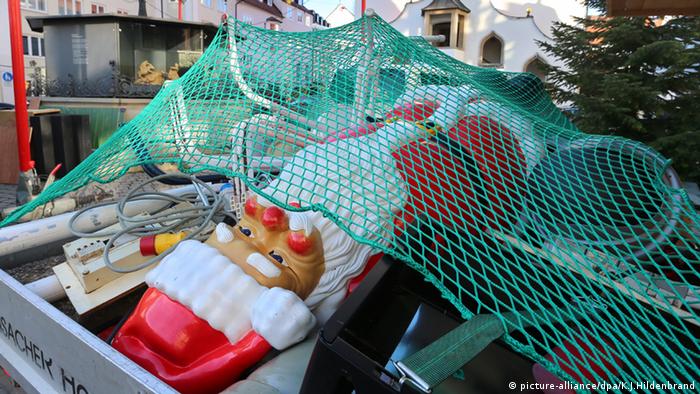 For Christians living in the countries of Tajikistan, Somalia and Brunei, Christmas won't be so jolly this year.

Leaders in all three of the Muslim-majority countries have tightened restrictions on Christmas celebrations and, in the case of Brunei, banned them completely.

In Tajikistan, the government has issued a decree banning Christmas trees and other decorations from schools - the most aggressive attempt yet by the ex-Soviet country to clamp down on the Christian holiday, according to AFP news agency.

The move is part of an ongoing effort to tighten restrictions on Western holidays in general. In 2013 and 2014, for example, people dressed as zombies for Halloween were reportedly detained by Tajikistan police.

'The saddest Christmas ever'

In Somalia, the federal government announced a decision to ban Christmas and New Year celebrations in the capital of Mogadishu, according to the Ugandan daily New Vision.

"All events related to Christmas and New Year celebrations are contrary to Islamic culture, which could damage aqidah (faith) of the Muslim community," Director General of Somalia's Ministry of Religious Affairs was reported as saying.

Meanwhile, Sultan Hassanal Bolkiah of the Southeast Asian country of Brunei is going forward with his plan to enforce sharia law, which includes punishing anyone who defies the country-wide ban on Christmas.

"This will be the saddest Christmas ever for me," a Malaysian resident of Brunei told the AFP news agency. He added: "All this is just because of what the Sultan wants. In 2013, I saw many Muslims together with Christians having a good time at their house parties. Everything was normal and good."

A Christmas star without a tail

An asteroid is going to pass by Earth for Christmas. However, it has no shining tail like the star of Betlehem. And it may be difficult to spot - even for hobby astronomers, because the asteroid won't get that close. (23.12.2015)

Bethlehem: Tourism down in Birthplace of Christ

Tourism in the Biblical city of Bethlehem is down this Christmas season compared to last year and hotels are more than half empty. (23.12.2015)

5 ideas for a greener Christmas

If you think a merry Christmas can't be environmentally friendly too, think again. Here are a few simple things you can do to make your holiday season a little greener. Happy holidays! (23.12.2015)