Choosing a New EU Commission President | News and current affairs from Germany and around the world | DW | 16.06.2004

EU countries and factions are lining up behind candidates they want to see head the EU Commission, the EU executive in Brussels. EU leaders are to decide at a summit this week who will be the next Commission president. 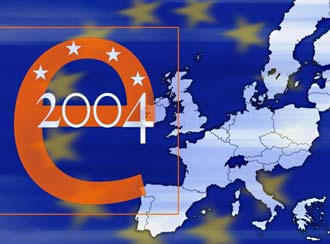 Who's going to be the new boss?

The rumor mill has gone into overdrive and the recommendations are flying thick. Countries and parties are letting their wishes be known about who they want to head the EU Commission.

It is an important job, since the Brussels-based body proposes European legislation, manages the bloc's €100 billion ($120 billion) budget and enforces antitrust and trade laws. 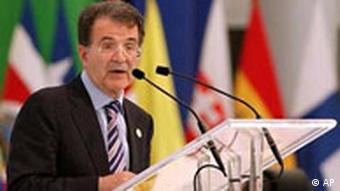 The help wanted sign is out, since current President Romano Prodi (photo) is stepping down this fall.

The European Council, made up of EU heads of state, will decide at a summit on Thursday and Friday who will head the 25-member Commission.

Germany and France, two of the EU's heavyweights, are backing Belgian Prime Minister Guy Verhofstadt (photo) as the new top man at the Commission, if he decides to seek the job.

"If I see things correctly, there is a large group of member states that sees in Mr. Verhofstadt an excellent candidate -- he is a convinced European and also a fighter," a German official told reporters on condition of anonymity. "If Mr. Verhofstadt says he is a candidate, then he would have the support of the German government," the official added.

According to a report in the Financial Times Deutschland, Verhofstadt's prospects of getting the position are improving, especially since French President Jacques Chirac had previously thrown his support behind the Belgian. Chirac has said that Verhofstadt would make a "very good" Commission president. However, Great Britain and Spain are decidedly less enthused about the man. 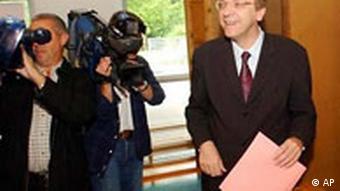 Verhofstadt (photo) is certainly not the only one in contention.

Irish Prime Minister Bertie Ahern has been mentioned and while he has said he is not an official candidate, he would accept the post if nominated by his fellow heads of state.

Austrian Chancellor Wolfgang Schüssel has also made the finalist list in many people's minds, but his coalition with the right-wing Freedom Party has sullied his reputation in the minds of some, who say he is not suitable for such a highly visible position.

One commissioner who has edged up the list of nominees due to his widely admired intellect and competence is Antonio Vitorino, 47, a native of Portugal and the EU's first Justice and Home Affairs Commissioner. Many see him as an outside contender to head the European Union executive because of his Socialist background and lack of prime ministerial experience. Still, he may be too little known outside Brussels and his native Portugal to get the Commission's top job.

Conservatives want one of their own

Emboldened by the results of the European Parliament elections, center-right leaders and parliamentarians have claimed the right to pick a candidate of their choosing. Most would choose Jean-Claude Juncker, prime minister of Luxembourg. 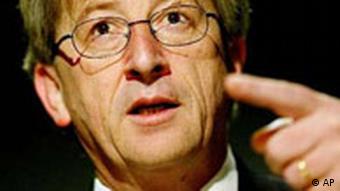 The problem is that Juncker (photo), a Christian Democrat, has said he does not want the job and has repeatedly told his many admirers that he promised voters back home that he would stay put where he is.

That has not stopped Elmar Brok, a conservative German EU parliamentarian, from going to Luxembourg to meet his party colleague and try to convince him to change his mind. Brok sees himself as something of a kingmaker, due to his faction's success in the recent elections.

"The candidate must have a majority in parliament and for that reason the Council would be well advised to suggest someone who can get a majority," he said.

That kind of attitude does not sit well with Joschka Fischer, German foreign minister and member of the Green Party, who questioned the conservatives' claims to the position.

"The right to propose (a candidate) lies with the governments in the Council," he said. "And that's that."

But Fischer's political allies in the European Parliament seem to have decided to throw their weight behind Juncker as well: "He is the only one that can get a two-thirds majority in parliament," said Daniel Cohn-Bendit, who served as a French Greens European parliamentarian but will now represent Germany after the elections. "He's supported by the right-wing left and the left-wing right."

Candidates for EU Commission Put To the Test

European Commission candidates from the accession states are currently shadowing officials in Brussels, learning the ropes. But they must still face a confirmation process that could uncover skeletons in the closet. (April 3, 2004)

The European Union's executive branch is revving up for another round of head-butting with member states over budget spending, as Brussels goes calling for more money. (Jan. 19, 2004)

The Powers of the President

How is the European Commission's president appointed and what powers go with the position? Here's a brief summary. (June 16, 2004)

More information about the office