Chloroquine does not help against the coronavirus | Science | In-depth reporting on science and technology | DW | 27.07.2020

Chloroquine does not help against the coronavirus

A new study clearly shows that the antimalarial chloroquine is completely unsuitable for treating an infection with SARS-CoV-2. The long and heated debate about the drug could finally be over. 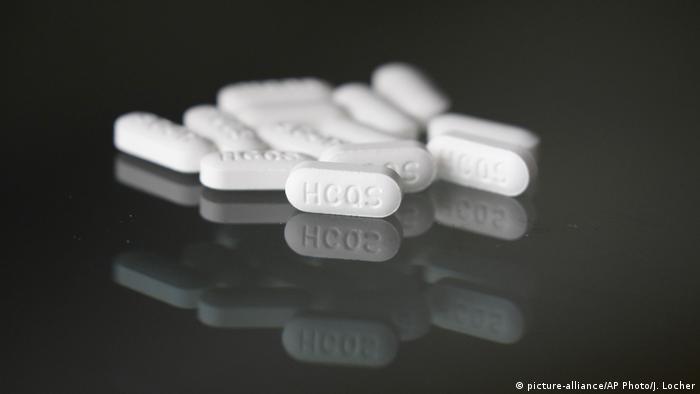 Yes. No. Maybe. The question of whether the  anti-malaria drug chloroquine and its close relative hydroxychloroquine could possibly be used against the novel coronavirus has been hotly debated in recent months.

But research findings by scientists from the German Primate Center (DPZ) in Göttingen, the Charité in Berlin and the University Hospital in Bonn now speak a very clear language: Chloroquine is not suitable for the treatment of SARS-CoV-2 infections. It simply does not work.

In view of his research results, Stefan Pöhlmann, head of the infection biology unit at the DPZ and one of the study authors, is convinced "that clinical studies are no longer justified."

Since the confusing debate about chloroquine could now come to an abrupt end due to the work of the scientists from Göttingen, it is worth taking a closer look: What have Pöhlmann and his colleagues done differently? 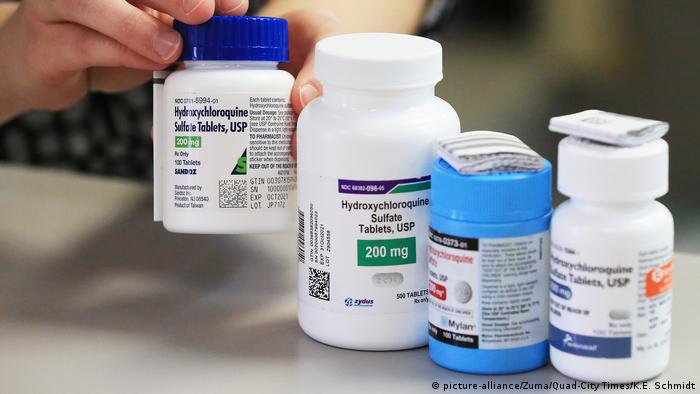 Can the file "Chloroquine against SARS-CoV-2" now be finally closed?

In recent months, there has been a series of studies giving rise to hopes of chloroquine being an effective drug against SARS-CoV-2. However, these trials had a catch: They were not carried out on human cells.

Read more:  COVID-19 half a year later: What have we learned?

"The antiviral activity of chloroquine and hydroxychloroquine was initially shown with a monkey cell line, the so-called Vero cells," explains Pöhlmann. "These cells are very often used by virologists for experiments."

Vero cells  are a lineage of cells derived from kidney cells of the African green monkey. Although monkey Vero cells are useful for many cell culture experiments, they are unsuitable for in vitro experiments with the new coronavirus, says Markus Hoffmann, an infection biologist who also worked on the study.

Hoffmann is involved in investigating the different ways in which new viruses enter cells. "The Vero cells are unable to map the specific entry route of the virus," he says.

COVID-19 Special: Gene mutation – how afraid should we be?

The route via TMPRSS2

The monkey cells lack a specific enzyme called TMPRSS2, which activates the virus to enter the lung cells. Instead, they produce the virus-activating enzyme cathepsin L. Chloroquine has an inhibitory effect on this enzyme and can thus prevent the coronavirus from infecting the Vero cells

The researchers decided to conduct their experiments on a human lung cell line called Calu-3 to find out whether chloroquine has the same inhibitory effect here. After all, the novel coronavirus mainly finds its way into the human body via the lungs.

"The virus docks on the cell in the lung, is then activated by the protease TMPRSS2 and can thus enter the cell," explains Hoffmann. While chloroquine shows an inhibitory effect in the monkey cell model, it has no effect on the protease in human lung cells. "Here, it was shown that chloroquine does not prevent the virus from entering the cells," said Pöhlmann.

No basis for more clinical studies

The two scientists therefore urge a stop to all clinical studies in which the anti-malaria drug is tested directly on patients. "The justification for these clinical trials was the data from the Vero cell culture experiments. This data is no longer valid," said Pöhlmann.

It remains to be seen whether all clinical studies on chloroquine and SARS-CoV-2 will actually be stopped. However, according to Pöhlmann and Hoffmann, the prescription of the malaria drug by doctors worldwide outside of studies is also problematic.

"If chloroquine is prescribed by doctors in the hope that it might help against SARS-CoV-2, it has at best no effect," said Hoffmann. In the worst case, however, it might even exacerbate a patient's condition, he says.

As coronavirus second waves send several countries back into lockdown, increasing evidence suggests those who may think they are safe are actually helping spread the virus.

Hydroxychloroquine use against SARS-CoV-2 infection in non-human primates