The female tennis player had not been seen in public for weeks after accusing a former top Chinese official of sexual assault. Other tennis stars have expressed concern about her whereabouts. 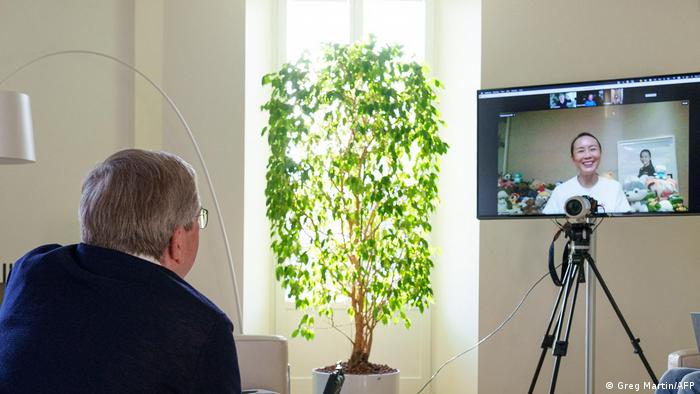 Peng had a 30-minute video call  with IOC chief Thomas Bach, who was joined by Emma Terho, the head of the IOC Athletes' Commission, and an IOC member in China Li Lingwei "who has known Peng Shuai for many years."

"She explained that she is safe and well, living at her home in Beijing, but would like to have her privacy respected at this time," the IOC said in a statement.

"I was relieved to see that Peng Shuai was doing fine, which was our main concern. She appeared to be relaxed," IOC's Emma Terho was quoted as saying. "I offered her our support and to stay in touch at any time of her convenience, which she obviously appreciated."

The tennis player also thanked the IOC "for its concern about her well-being."

The Women's Tennis Association (WTA), which has been vocally calling for proof of Peng's whereabouts, called the evidence "insufficient." It added that the footage does not address the WTA's concerns.

Peng's whereabouts have been a matter of growing international concern. She had not been seen or heard from since accusing a former Chinese vice premier Zhang Gaoli of sexual assault in a social media post on November 2. Her social media post was quickly deleted and account on the microblogging Sina Weibo platform was made unavailable.

The Chinese government has refused to comment on the accusations or Peng's location. When asked, Foreign Ministry spokesman Zhao Lijian told reporters that the issue was "not a diplomatic question and I'm not aware of the situation."

Earlier on Sunday, however, official photographs and a video published by organizers of a tennis tournament in China appeared to show her among the attendees.

The editor-in-chief at the Chinese state-owned newspaper The Global Times tweeted the footage of Peng at the Fila Kids Junior Tennis Challenger Finals. Peng was seen dressed in a dark blue jacket and white trousers. 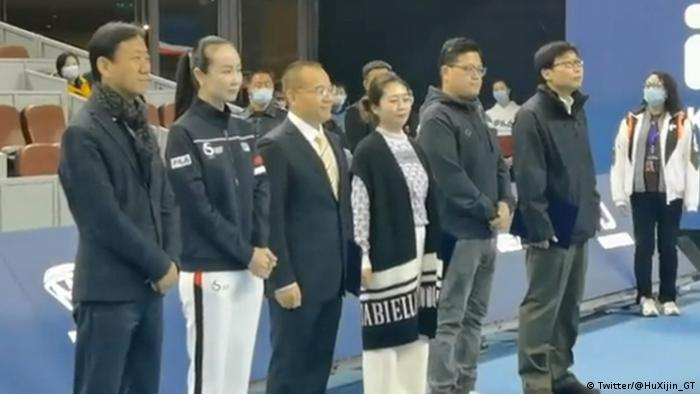 The photos and the video call come after an email, which the Chinese state media attributed to Pen, failed to reassure the international public. The email said that the story regarding her and the former top officials was not "verified by myself and it was released without my consent."

"The news in that release, including the allegation of sexual assault, is not true," the email reads. "I'm not missing, nor am I unsafe. I've just been resting at home and everything is fine."

But the head of the WTA, Steve Simon, publicly questioned the email's validity.

"I have a hard time believing that Peng Shuai actually wrote the email we received or believes what is being attributed to her," WTA chief Steve Simon wrote earlier this week.

"The WTA and the rest of the world need independent and verifiable proof that [Peng] is safe," Simon said, adding he has "repeatedly tried to reach her via numerous forms of communication, to no avail."

Expressions of concern, outrage and support have come from across the tennis world — including tennis superstars Serena Williams, Naomi Osaka, and Novak Djokovic, as well as former tennis stars Chris Evert and Billie Jean King, among others.

Earlier this week, White House press secretary Jen Psaki said Chinese authorities should "provide independent and verifiable proof of her whereabouts and that she is safe."

Liz Throssell, a spokeswoman for the UN human rights office in Geneva, said it was calling for "an investigation with full transparency into her allegation of sexual assault."

She said this was vital to ensure accountability and justice.

Britain on Saturday urged China to provide "verifiable evidence" about the "safety and whereabouts" of Peng.