Chinese football back at square one after investment boom

Ten years ago, China began investing heavily in football and the Chinese Super League became a hot topic. Now clubs are facing financial issues and the question arises: has any significant progress been made? 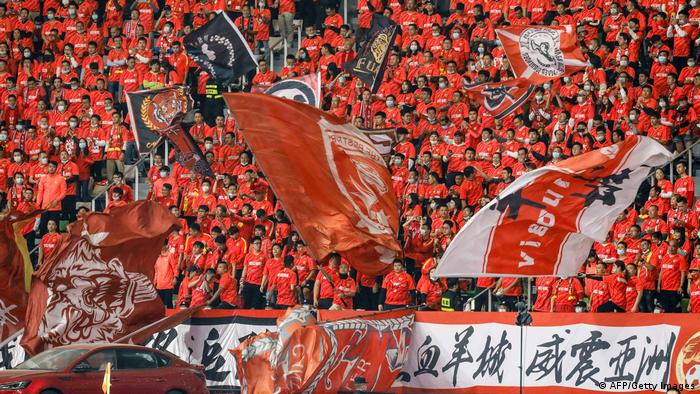 In 2011 the Chinese Super League title went to the city of Guangzhou for the first time, just a year after the club was bought by Evergrande. Funded by the giant property developer, Guangzhou won seven more titles and two Asian Championships in the next eight years.

In 2021, however, Evergrande are $305 billion (€261 billion) in debt and the club's future is uncertain. It is a tale that reflects the roller coaster ride that Chinese football in general has been on over the past decade.

Guangzhou spent big on famous imports, including former Brazil international Paulinho and coaches such as the World Cup winning Marcello Lippi and Luiz Felipe Scolari. Other clubs, financed by owners perhaps influenced by the Chinese government's desire for the world's most populous country to become a force in the world's most populous game, followed Guangzhou's lead.

It reached a height in the winter transfer market of 2016-17 when, in the space of two months, Chinese Super League became the world's biggest spender in soccer, splashing a total of €388 million on players in the space of just two months.

In December 2016, when Shanghai SIPG paid English Premier League club Chelsea more than €60 million for Brazilian midfielder Oscar, Antonio Conte, the coach of the London team warned that the rise of China was a "danger for all teams in the world." The established European leagues seemed worried about the rise of a rival.

Conte was correct that the spending was dangerous, but just not in the way he meant. Since 2018, Chinese authorities, alarmed at the amounts of money leaving the country to foreign players, clubs and agents, had moved to restrict spending by introducing transfer taxes and salary caps. 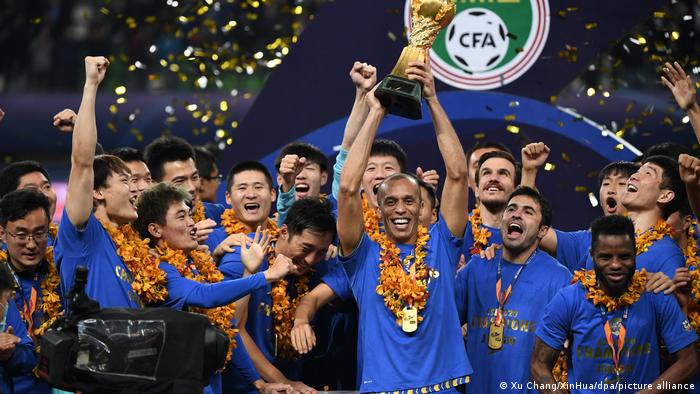 That wasn’t enough to stop retail group Suning, whose club Jiangsu FC won their first championship in November 2020, pulling the plug just three months later. Guangzhou FC may not go out of business, but its days of domination and being the standard-bearer for Chinese football are surely over.

"The relationship between the corporate world and football is too close and poorly governed," Simon Chadwick, professor of Eurasian Sport at Emlyon Business School, told DW.  "Football in China needs a new deal, one in which the national football association is given the power and autonomy to regulate activity and relations with organizations like Evergrande."

Much of the motivation behind the spending was to improve standards and, ultimately, the underachieving national team. In 2016, the Chinese Football Association (CFA) announced plans to make China an Asian power by 2030 and a global leader by 2050. Returning to the World Cup, after a sole appearance in 2002, is seen as critical for development as well as national pride.

While the influx of foreign stars improved standards in the Chinese Super League, it is uncertain as to whether there has been any lasting benefit to the national team. A decade ago, China was ranked 69 in the world according to FIFA, six places higher than September 2021. 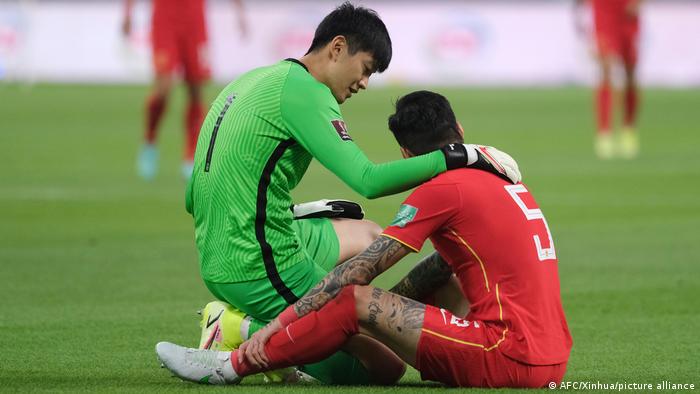 "It's very difficult for China to qualify for the 2022 World Cup as there is still a big gap between China and the top Asian teams like Japan, Australia, Iran, Korea and Saudi Arabia," Ma Dexing, China's leading football commentator, told DW.

In September, China lost to Japan and Australia in the first two games in the final round of qualification for 2022 and reaching Qatar already looks like a long shot, despite extensive preparation.

His concerns seem to have been well-founded. The lack of games back home has heightened the financial problems that some clubs are experiencing. One coach told DW that he and his players have not been paid for four months, with no games and little revenue coming in. In terms of football itself, it is also damaging as it means that the vast majority of players in China are kicking their heels and not getting any better as they wait for World Cup qualification to unfold.

There is no short cut. The key to the top rests on producing more and better players. A decade ago, the Ministry of Education as well as the CFA started a massive program to get children playing.

By the end of 2019, 27,000 schools in China offered special football education for around 27 million students, a figure that is expected to reach 50,000 and 50 million by 2025. Some 40,000 pitches had been built or renovated, and thousands of coaches have received training. 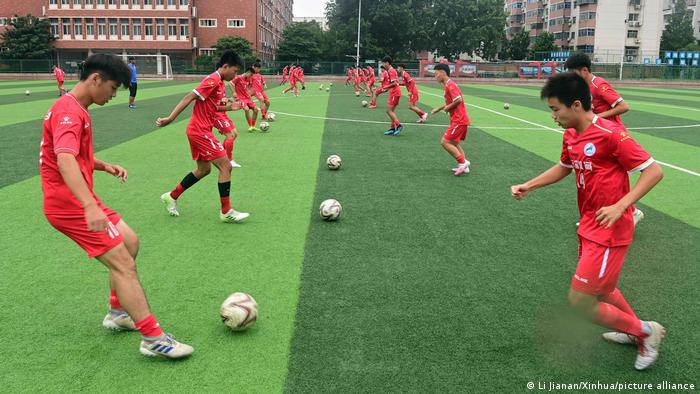 China has focused on developing the next generation of football players

Tom Byer, a youth development expert based in Japan, the country whose system China wanted to emulate, was brought over to Beijing to help expand football education for both children and coaches. He believes progress has been made and that the departure of the famous foreign stars is not all bad.

"These high profile foreigners occupy key positions which Chinese players should be occupying," Byer said. "Now coaches in China say that their best players are younger players and they are giving them more opportunities."

The goalscoring charts in the Chinese Super League have been dominated in the past few years by foreign imports, but now the likes of Zhang Yuning and Liu Wenjun are making their presence felt. More are needed. Ma predicts that it will be 10 to 15 years before China starts to produce better players consistently.

"The integration of football into the school curriculum suggests that the flow of benefits from China's investment in the sport will be delivered over a longer period of time," said Chadwick. "On the field, we will begin to see some progress during the second half of this decade, although it seems likely that it is going to be at least 2035 before we witness China's sustained rise up football's rankings. This of course depends on whether the country gets its strategy right."

That remains to be seen, but there is a better chance that this will happen over the next decade than the last as lessons have been learned.

"What we can say is that China now knows what doesn't work and what it shouldn't be doing — for example, paying huge salaries to aging overseas players," Chadwick said.