While the troika was determining Portugal's fate, China was buying Portuguese companies. That trend has continued. Is the EU member on the road to economic and political dependence? 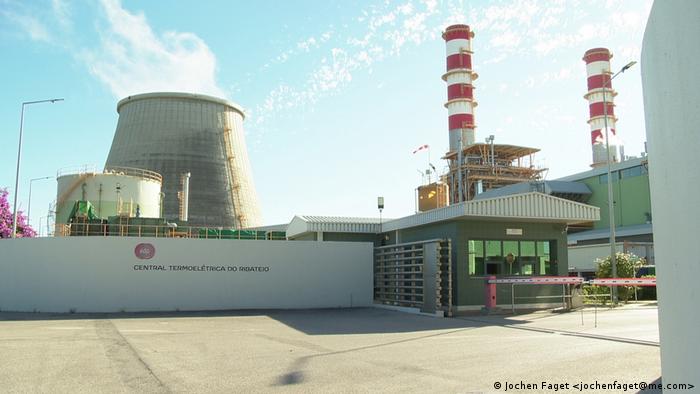 At one time the Portuguese power company Energias de Portugal (EDP) was a proud state owned company with more than 25,000 employees. Soon it could be a lucrative corporation owned by the Chinese. China Three Gorges (CGT), a state owned power company which already owns a quarter of EDP, has made takeover bid on the Lisbon Stock Exchange, intending to buy the remainder of the company's stock.

The total value of the proposed deal is €9.07 billion ($10.83 billion), excluding a 23 percent stake already owned by CTG. The company said in its offer announcement in May that it planned to reach a minimum of a 50 percent voting stake plus one share in the company. EDP rejected the price for a full takeover.

It's part of a 'master plan' with which the People's Republic wants to take over key areas of the Portuguese economy, warn critics. The Portuguese government on the other hand says that the Chinese are just as welcome as any other foreign investors.

China's shopping spree across Europe has already provoked sharp criticism in other countries: In Germany over the acquisition of key companies in the robotics, automotive and medical sectors; in Greece over the purchase of the port of Piraeus, among others.

However, the chronically cash-strapped government of hard hit Portugal is pleased with the Chinese financial injections — especially since it helped the country at the western end of Europe through the tough troika (made up of the European Central Bank, the European Commission and the International Monetary Fund) period. The Chinese even stepped up during the crisis and bought — as no one else did — Portuguese government debt. 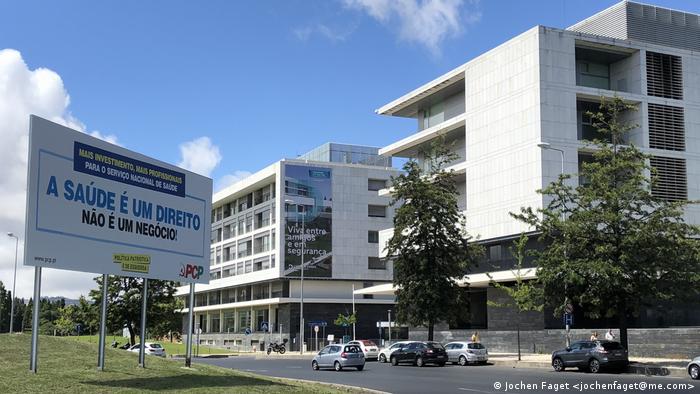 In Chinese hands: The private hospital Hospital da Luz with a protest poster: "Health is a right, not a business!"

The HNA Group became a junior partner at the airline TAP. The Portuguese power grid operator REN is now part of China's State Grid International. In Sines, south of Lisbon, a barely used deep-sea port is being expanded by Chinese companies.

"The Chinese are investing mainly in finance, insurance and banking, as well as infrastructure," says Ilidio Serodio, vice president of the Portuguese-Chinese Chamber of Commerce in the capital.

"The Chinese investment helped the government to reduce sovereign debt during the crisis," according to Serodio, while at the same time attracting more investors. So urgently needed money flowed into the country and created a favorable investment climate. "The Chinese took advantage of the hour and have entered Portugal in a big way." 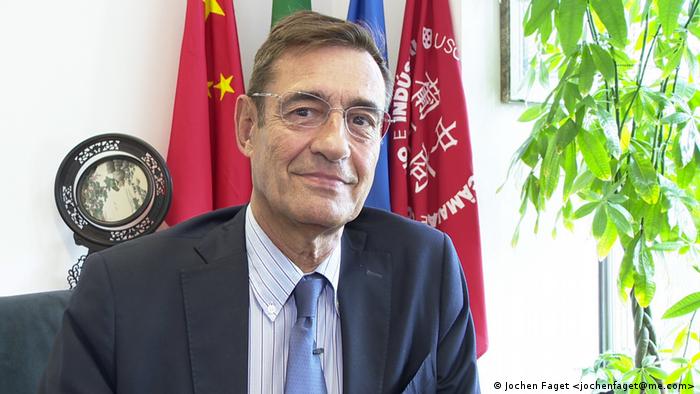 Too much so, think some economic experts. And above all they criticize the attempt to fully take over the power company EDP.

"From an economic point of view, it makes no sense for the country's largest electricity producer by far to be controlled by just one shareholder," says economics professor Joao Duque.

It's all the more astonishing therefore that the Portuguese government is not opposed to the takeover attempt, especially because they had pulled the emergency brake on the sale of the airline TAP to an American consortium a year ago and kept 50 percent of the shares for themselves. The silence around EDP can only have a political backdrop.

Indeed the Portuguese government is surprisingly quiet on Chinese investment in general. Even though it torpedoed the sale of a private television channel to French investors, it had no qualms when an investor from Macau bought 30 percent of Global Media, becoming the principal shareholder in a major Portuguese media group. Portugal may become dependent on Chinese investments and open to political blackmail, fears Duque. 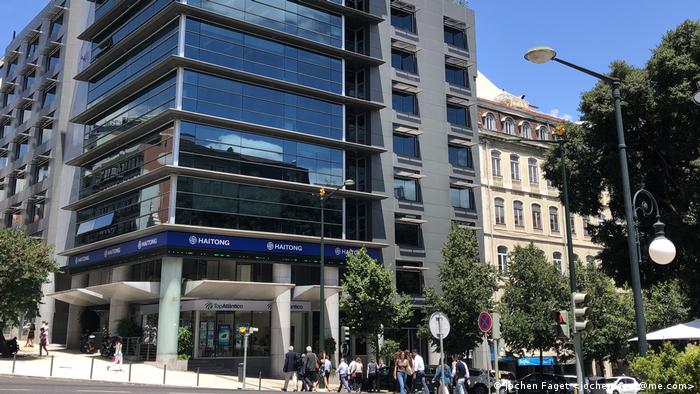 A branch of the Haitong Bank in Lisbon

But the takeover attempt of EDP by the Three Gorges Group is not just about Portugal, it has international consequences since EDP is well positioned internationally with water, wind and solar power plants around the world, even in South America and the US.

"It's about markets like Brazil, where foreigners can hardly get a foothold," says Ilidio Serodio of the chamber of commerce. "The detour via Portugal should help the Chinese to get into those markets more easily."

But it is still unclear whether the takeover of EDP will succeed. In the first place, both the left-wing parties supporting the government and the unions are demanding that the majority of the shares be repatriated to the state. And after its first bid, the stock price of EDP rose sharply; now China Three Gorges will have to greatly improve its offer. Finally, the Americans also have a say in the matter because of the US-based activities of the group; there recent aggressive tone towards the Chinese may in the end be a deal breaker.