In China, artist Ai Weiwei is facing growing interference in his work from the communist government. In Europe, his prominence in rising. Now he is planning to set up a new studio in Berlin. 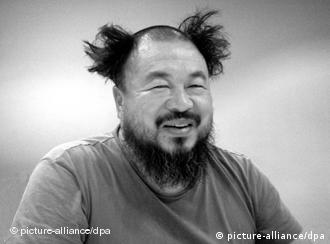 Ai Weiwei said he needed the Berlin studio because of his increasing work in Germany and other European countries. He told German press agency dpa he hoped to spend "as little time as possible" in Europe. "However, there will be no choice if my work and life are somehow threatened."

So far, Ai hasn't been able to exhibit his work in his home country. In February, political pressure led him to cancel his first solo exhibition planned for a leading Beijing gallery. His newly built studio in Shanghai has been demolished.

"It is true that the possibility for artistic expression is very small in China," Ai said.

At his new base in Berlin, he wants to be able to work on his art as well as coordinate his exhibitions. "The atmosphere in Berlin is good. It has many artists and the city is comparably inexpensive," he said.

Ai has become increasingly active in China's human rights movement in recent years. He is considered one of the most outspoken critics of the communist regime in Beijing.

Auctioneers sell his works for record prizes. Among young Chinese, Ai is mostly known for his anti-regime online projects. His new studio in Berlin is set to open on April 29. 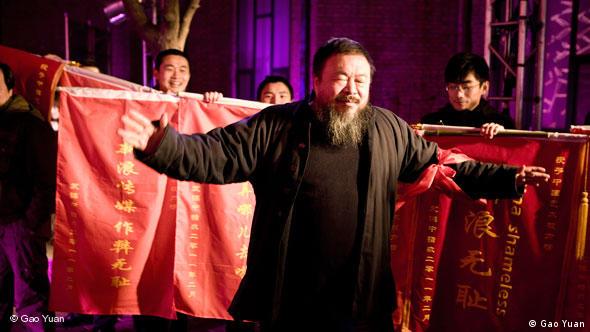 Ai Weiwei at a literature festival in Cologne 2010

China's boom has a less than human face

The World Bank has boosted its growth forecast for China in 2010 to 10 percent. But as China booms, there is concern human life is being left on the wayside by power-hungry and corrupt officials. (03.11.2010)

Clever ways to get around Chinese censorship on the net

Google has staged its own form of protest by leaving China. But users will still have limited access to information and many in China are still raising their fists to censorship. (24.03.2010)

Widely known as a critic of the Chinese government, Beijing-based artist Ai Weiwei isn't shy in his latest exhibition in Germany. He says he has no choice but to be an activist. (14.10.2009)