It's impossible to predict when and where China's Long March 5 rocket, a CZ-5B, will crash down to Earth. But it will. The question is: What's the risk? 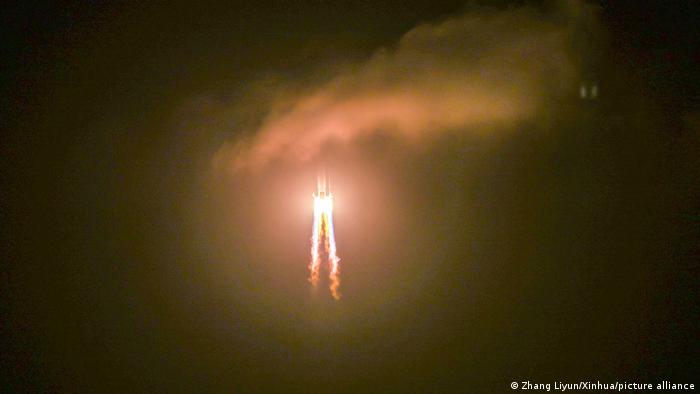 Only a few weeks ago, the second stage of a SpaceX Falcon 9 rocket made an uncontrolled reentry into Earth's atmosphere after deploying Starlink telecommunication satellites for the company.

The rocket lit up the sky over homes in the Portland and Washington State area of the US.

Now, spaceflight experts expect the core stage of a Chinese Long March 5 rocket to do the same — in the next few days.

At this stage, it is hard to say with 100% certainty how, or exactly where and when the bits of rocket, which is a Chang Zheng-5B (CZ-5B), will come down.

The European Space Agency is tracking developments. Their space debris office told DW that the uncontrolled reentry of a CZ-5B core stage was the heaviest of its kind in more than 20 years. But they say that "the actual mass [of the rocket] is unknown," so it's difficult to be exact.

That's an important fact because you would usually want to control the way in which you "de-orbit" any spacecraft, be it part of a rocket or old satellite, to make sure you control where and when it lands. And since China's Long March 5 rockets appear to use uncontrolled reentries by design — they have done it once before with a CZ-5B rocket in May 2020 — it's got the rest of the world's space community watching, eagerly.

CZ-5B was carrying the first module, known as "Tianhe" — or Harmony of the Heavens — for its new modular space station. In fact, Tianhe will be the control hub for the space station, Tiangong.

The advisory states a number of times that "all predictions have significant uncertainties." We'd better take note of that.

Such predictions have a "typical uncertainty window" of about of 20%, which means the estimated time of arrival was +/- 26.44 hours around that time. 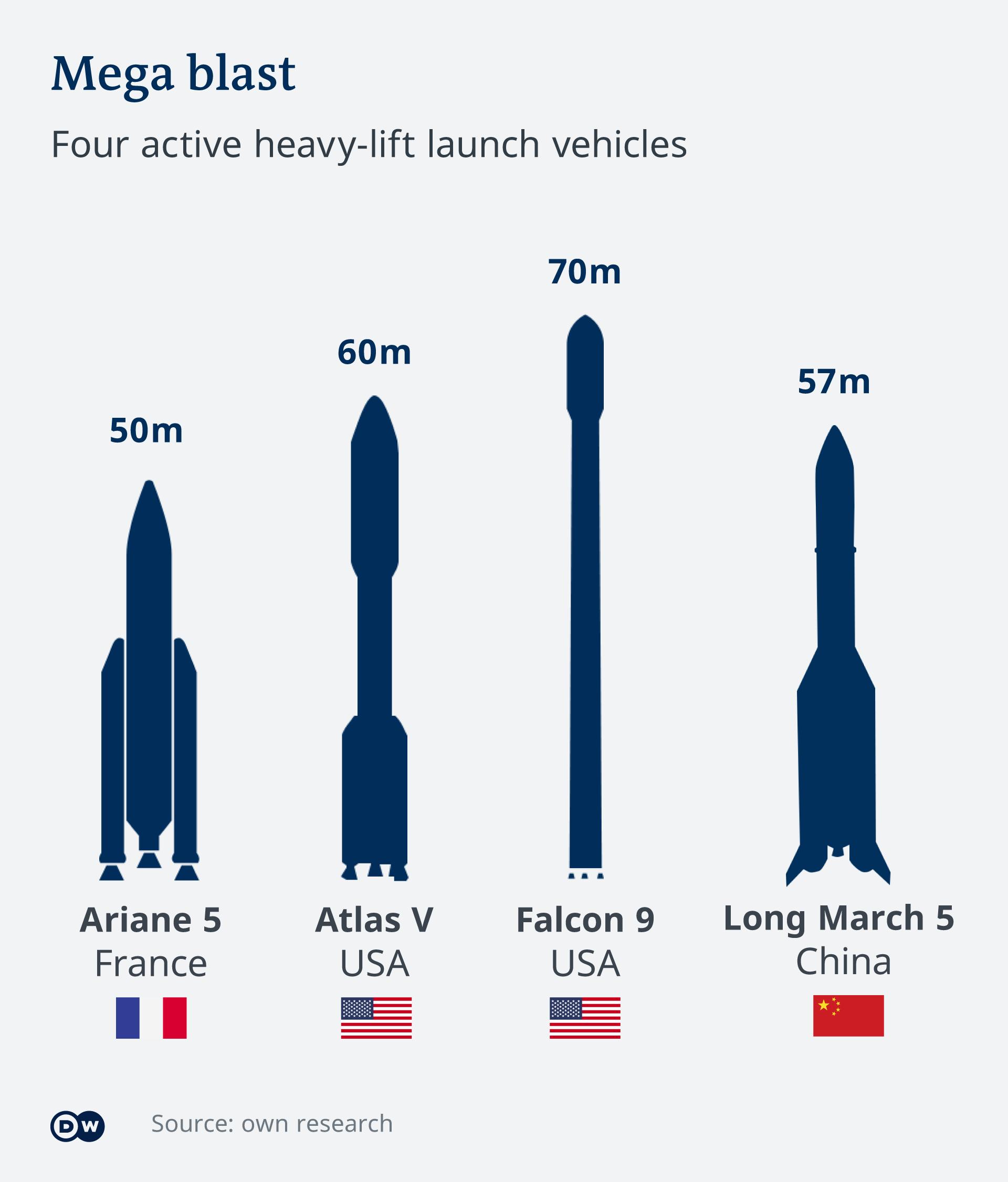 ESA tells DW you get more up-to-date information via its public tracker for orbiting objects if you run a search for "COSPAR ID number 2021-035B to follow the Chinese CZ-5B." We are not updating these times in this article regularly.

It's virtually impossible to say where the spacecraft will come down.

"For an uncontrolled reentry event like this," writes the ESA, "it is not possible to accurately predict where the object, or any parts of it after break-up, will fall.

This is mainly because atmospheric density, which drives the reduction in orbital altitude to an eventual reentry, is not well known below 300 kilometers (186 miles) in altitude, as spacecraft are seldom active there to gather measurements."

You can check ESA's public tracker for orbiting objects and run a search for "COSPAR ID number 2021-035B to follow the Chinese CZ-5B."

That uncertainty over the time and location of CZ-5B's reentry has given rise to concerns about whether or not the spacecraft will come down near or in populated areas.

Could debris from this huge rocket — at about 57 meters tall in total — survive reentry, without burning up, and in such a state as to cause damage or worse when it hits the ground?

The ESA says it is possible to "exclude debris falling over any portion of Earth's surface […] in general terms."

But the so-called "risk zone" includes regions between 41N and 41S latitude.

"This, briefly, and for what concerns ESA member states, includes portions of Spain, Italy and Greece," writes ESA.

CZ-5B has an orbital inclination of 41 degrees, which means that New York in the US, southern Chile, Wellington in New Zealand, and the Chinese capital, Beijing, are also in the risk zone.

Public intellectuals and spaceflight experts, such as Jonathan McDowell at Harvard-Smithsonian Centre for Astrophysics, are also keeping watch over the trajectory of the falling core from CZ-5B.

McDowell describes the uncontrolled return of CZ-5B as "bigger than anything recent, but not as big as Skylab."

Skylab was an American space station that crashed back to Earth in 1979 and disintegrated over a populated area in rural Australia. Some of it fell into the Indian Ocean.

Then, as now, details were sketchy before the event. Even after an event, details can remain sketchy.

When Skylab came down, a US government spokesperson told a press conference, "We lost track of the thing on its last pass somewhere around …," and then he paused, unable to remember the name of the island until someone prompts him, "and the next thing we heard was that it was coming down over Australia."

These things happen, that we know

Things fail, rockets run out of fuel, there's a technical error, a stage of a rocket fails to burn, and everyone is aware that great risks exist in space exploration. But it's embarrassing and devastating for any survivors when it happens, all the same.

Some suggest an uncontrollable reentry can be planned.

McDowell says in a tweet: "Before the CZ-5B started flying there were NO 'by design' uncontrolled reentries above 10 tonnes since 1990. DOS-6 (Salyut-7), STS-107 and Fobos-Grunt were all failures."

Salyut-7 was a Soviet-Russian space station, STS-107 an American Space Shuttle that broke up during reentry, killing all crew, and Fobos-Grunt was a Russian probe.

China has had a lot of success in space in recent years, with world-first moon landings and returning rock samples to Earth. But it's not all been good.

In 2018, a prototype for the new Chinese space station also crashed to Earth. It came down in the Pacific Ocean after China lost control of it.