China′s help to North Korea: enforced repatriation | Asia| An in-depth look at news from across the continent | DW | 06.05.2010 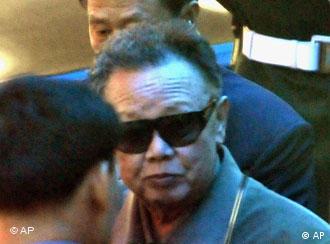 Kim Jong Il on his visit to Dalian, northeastern China this week

While Chinese investments and contributions have helped the isolated country, many believe there are areas where China should not be helping - that is, not helping North Korea carry out human rights abuses against refugees.

They have to be careful and alert - North Korean refugees looking for a better life in South Korea run the risk of being rounded up by Chinese troops. But there are groups and organizations who try to help. They call themselves the Catacombs, a reference to early Christians who fled underground to avoid Roman persecution. This group of Korean and foreign Christian human rights activists, along with the refugees they are helping, are trying to avoid being detected by China.

These groups help refugees by giving them shelter and food during their escape. They also assist them in moving on to South Korea. To them it is clear that China puts the lives of North Koreans fleeing across the border at risk. 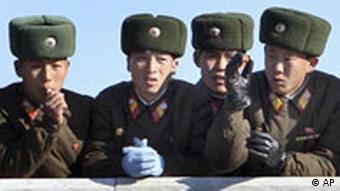 One American missionary, who asked to be called Mark, describes how he has seen China's police go after North Koreans. "It is quite appalling the way they hunt down people, whether man woman or child - like animals! Just outside the city I live in, there is a prison for North Koreans to interrogate them and send them back to North Korea."

Despite being a signatory on international refugee accords, Beijing instead honors a treaty with Pyongyang that calls for the forced repatriation of any North Korean found illegally on Chinese territory. For its part, Beijing labels these escapees as illegal economic migrants.

According to defectors who have been returned by Chinese authorities, they face torture, forced abortion and even execution inside North Korean prison camps. 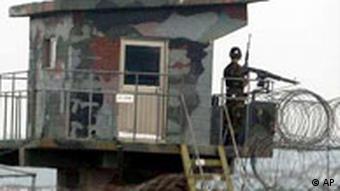 A South Korean soldier stands guard in Paju. Both sides have to be alert at all times

But the Chinese police aren't only after refugees. They also target the activists who try to help them. Peter Jung is a South Korean missionary, who spent two and half years inside a Chinese prison after he was caught assisting would-be North Korean defectors. He says he was in Beijing waiting for a family of North Koreans who wanted to defect. But when they arrived, there was another person with them, who turned out to be a spy for the Chinese police. Jung and North Koreans who have made it to South Korea say China is partially responsible for the human rights violations that are carried out at the hands of the Kim Jong Il regime. 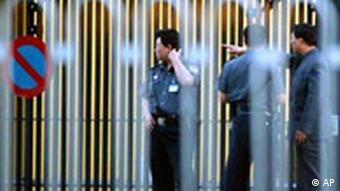 Defector Kim Sun Gwan, a former university professor from Pyongyang, wants the international community to take action to stop Beijing's repatriations. He says, the US or the UN Human rights commission should pass a resolution against China's treatment of North Korean defectors.

Activists had hoped conservative South Korean president Lee Myung Bak would put more pressure on China to change its North Korean refugee policy. But many say they are disappointed. So they're taking matters into their own hands.

Outside the Chinese embassy in Seoul, human rights advocates denounce the Beijing government. They fear that as more North Koreans flee across the border, China will dispatch more guards to send them back.

The UN estimates approximately 1.7 million North Koreans will be dependent upon food aid this year. The devaluation of the country's currency has even worsened the food supply for the people. (27.04.2010)

In the wake of North Korea’s recent rocket test and its threat to restart its nuclear programme, the international community is now banking on the isolated country’s closest ally China to get Pyongyang to return to the negotiating table. But China is caught between two camps. After some tussling, it agreed to sign the UN Security Council’s condemnation of the rocket launch but it refuses to criticise its communist neighbour outright. (21.04.2009)