To help switch from analogue to digital TV, Zambia did a deal with a Chinese media conglomerate. Now, Zambian media owners are complaining that locals can watch Chinese kung fu movies but have limited local programming. 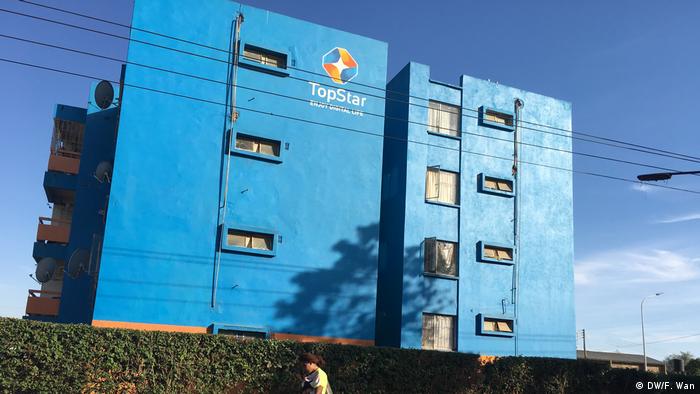 A few years ago when Zambia wanted to make the expensive move from analogue to digital TV, the Chinese were there to help them – every step of the way.

When Zambia stumbled with the rollout of the digital transmitters needed to carry the new TV signal, the powerful Chinese media conglomerate StarTimes helped set up a joint venture to distribute the signals.

StarTimes, which has close links to China's government, controls 60 percent of the joint venture, called TopStar, with Zambia's national broadcaster, ZNBC, owning the other 40 percent.

The venture is bankrolled by a $232 million (€205 million) loan taken by TopStar from China's state-owned Exim Bank.

When ZNBC lacked the $40,000 start capital it needed to establish TopStar, StarTimes lent ZNBC the money. 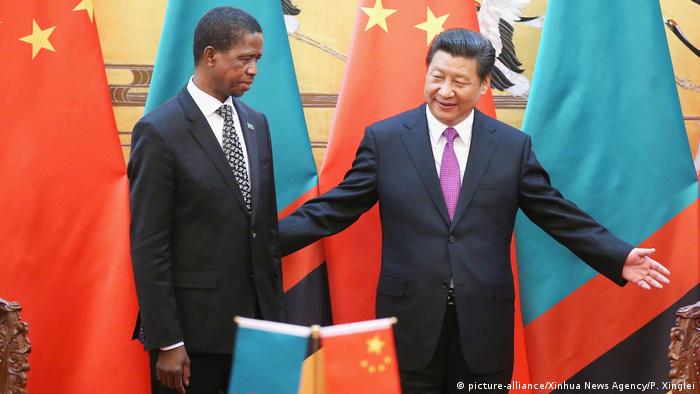 Digital migration tends to shake up the media landscape. This is because the switch from older, analogue technology to newer, more efficient digital technology frees up bandwidth allowing for the broadcast of more TV channels.

This can prove a boon for media consumers who have a wider choice of content as well as media operators who can diversify their TV offerings.

It sounds like a win-win situation. But the Media Owners Association of Zambia (MOAZ) say many of Zambia's private TV owners don't see it that way.

They say they're not reaping the benefits of digital migration – and accuse TopStar, and indirectly StarTimes  as its majority holder, of closing them out of the new digital market.

Legally, TopStar is supposed to operate only as a signal distributor – Zambia's digital migration law forbids any single entity from holding both a license to distribute the TV signal and provide content at the same time.

But some claim the ownership setup of StarTimes holding the majority of TopStar allows the company, and with it the Chinese government, to influence the content distributed by TopStar.

As recently as May 2019, MISA Zambia, a media watchdog, accused TopStar of playing "this dual role of distributor and provider [which] risks creating a monopoly."

The Zambian government strongly denies this.

"StarTimes does not run TopStar," said Chanda Kasolo, Permanent Secretary of the Ministry of Information and Broadcast Services, in a recent telephone interview with DW. He stressed that ZNBC and his ministry are playing major roles in the joint venture.

He also said that when the digital migration loan is fully repaid to Exim Bank, TopStar's ownership will reverse: ZNBC will be the majority stakeholder, with StarTimes only playing a minor role. 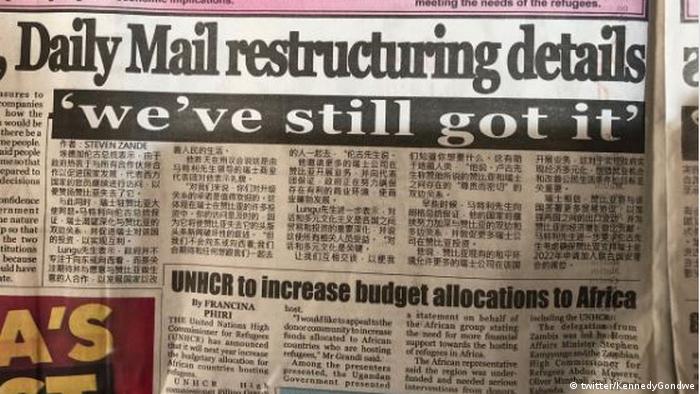 StarTimes is one of Africa's major pay TV providers, with subsidiaries in more than 30 countries on the continent. StarTimes is also "increasingly … the primary vehicle for the expansion of Chinese soft power in Africa," according to the UK-based Economist magazine.

In a May press release, the association accused TopStar of "prioritizing foreign content" which "is tantamount to discrimination, as 17 million Zambians do not understand the Chinese language being promoted on those channels."

According to MOAZ, TopStar had previously explained away the lack of distribution of local programming by saying it had a "lack of capacity."  MOAZ says this explanation doesn't hold when TopStar has "sufficient capacity [for] Chinese content."

"You will see that there are many Chinese channels, like kung fu and so on. But we don't need them, the people want the local channels," Gerald Shawa, MOAZ's interim president, told DW.

"It's a huge effort to get Africans to understand China. Even the selection of TV shows is very carefully done. It's very specific shows that showcase an urban China, a growing China, a noncontroversial view of China," he is quoted as saying. 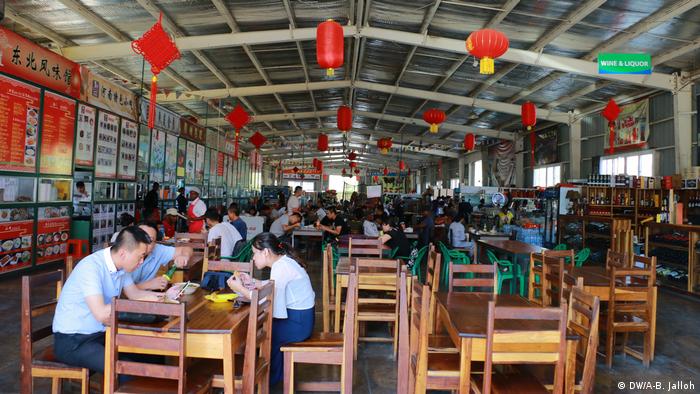 StarTimes denies having its own interests in the Zambian private TV market. In an emailed statement to DW from April 2019, it says the company is "attached to create a positive and sustainable environment to make Zambia TV industry flourish."

In the same statement, StarTimes also points out that TopStar is carrying 21 private Zambian stations for free, thereby relieving their owners of a $28,000 (€24,770) monthly transmission fee. This figure is according to a contract between TopStar and a local TV station that DW has seen.

"Nothing is for free here," counters Zambian TV owner Gerald Shawa, explaining that TopStar airs adverts on the channels of broadcasters who can't pay the cost of transmission.

Indeed, the annex of a broadcasting contract states that TopStar is allowed to advertise "spots on its channel equal to the amount charged".

Some TV owners say this is damaging to business because they are directly competing with TopStar for advertising funds.

"They disadvantage us because they are going to our clients [to sell ads]," one TV owner told DW on condition of anonymity.

Another media owner told DW, again on condition of anonymity: "They go to our private [clients] for business, at the same time they ask us to pay them to be on their platform."

Zambia's government believes the battle for advertising dollars is part of normal competition and hasn't been hurting local media.

"We are an open economy," said Chanda Kasolo from the Information Ministry. "We have over 40 channels and none of them have gone under."

TopStar transmits the national broadcaster, ZNBC, for free. To watch other programming, Zambian viewers have to pay TopStar for one of its three so-called 'bouquets' of channels that start from $2 per month.

Zambia's private TV owners gripe that TopStar is scooping up revenue at both ends of the distribution chain – it earns transmission charges from private channels as well as sales revenue from the pay TV bouquets.

They want a share of the pay TV sales at least to help with the maintenance of studios and production of local, original content.

"I am championing their cause to make sure TopStar pays them for their content .. hopefully before the end of the year," Kasolo said in the DW interview.

TopStar's books haven't been released to the public since its founding in 2015 but broadcasting Permanent Secretary Kasolo promises this will change. "I will encourage the Auditor General to go to TopStar this year," he told DW.

Casting a light on TopStar's books, however, is unlikely to silence the critical voices calling for more transparency around China's role in Zambia's digital migration.

After all, media watchdogs and anti-corruption organizations alike have been crying foul about the way Zambia handled its digital migration process, starting from the first bidding process which had to be revoked in 2013 due to "irregularities".