China to increase military budget by 10 percent to $145 billion

Beijing has planned a 10 percent increase to its military budget. The rise in funding is to facilitate the modernization of China's defense capabilities. 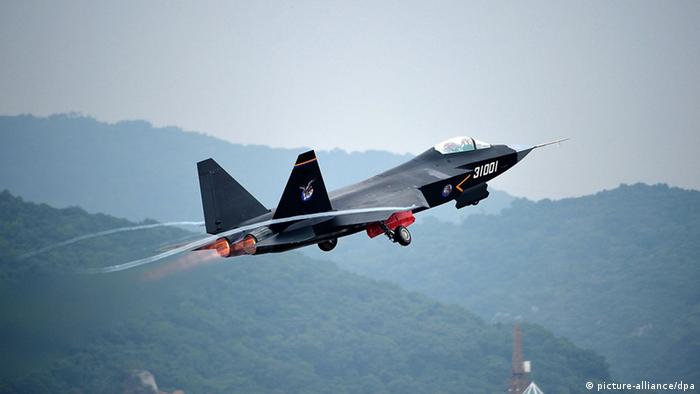 China's military budget will grow by around 10 percent this year to about $145 billion (around 130 billion euros), Beijing said on Wednesday.

"Defense modernization is part of China's modernization drive and that will require proper funding," Fu Ying, spokeswoman for the National People's Congress, said at a press conference. Beijing was expected to invest in high-tech equipment such as submarines and stealth jets.

The 10 percent rise would be in line with the increase in Beijing's overall spending, also around 10 percent this year.

The rise in defense spending also represented China's slowest growth in military spending in the last five years, although many experts were of the opinion that the country's real defense outlays were larger than stated.

Largest army in the world

Last year, the Pentagon also published a report claiming that China, the world's second largest defense spender after the US, was undergoing "unprecedented modernization" of its air force and accused the Chinese military of poor accounting transparency. Spokeswoman Fu countered the claim in this year's announcement, saying the budget this year would be more transparent and comprehensive.

Beijing has the largest military in the world with about 2.11 million personnel and another 3.25 million reservists. It has been involved in spats with its southeast Asian neighbors over the South China Sea and self-ruled Taiwan, which Beijing claims as its own territory.

Details on the new military spending are to be released on Thursday, when the Chinese National People's Congress gathers for its annual meeting in the capital.

During the 11-day meeting, leaders are expected to announce new economic reforms and measures to combat environmental pollution. Prime Minister Li Keqiang will also unveil a new economic growth target for his government and a new, tougher environmental law.

In 1989, China's reformist premier Zhao was removed from power and put under house arrest after the Tiananmen protests. He died from a stroke in 2005, but his name remains a taboo in China, says Eberhard Sandschneider. (14.01.2015)

The Japanese cabinet has approved a ramped-up defense budget for the third year running. Tokyo has plans to buy aircraft, which are expected to be deployed as part of the disputed East China Sea islands standoff. (14.01.2015)