The Japanese cabinet has approved a ramped-up defense budget for the third year running. Tokyo has plans to buy aircraft, which are expected to be deployed as part of the disputed East China Sea islands standoff. 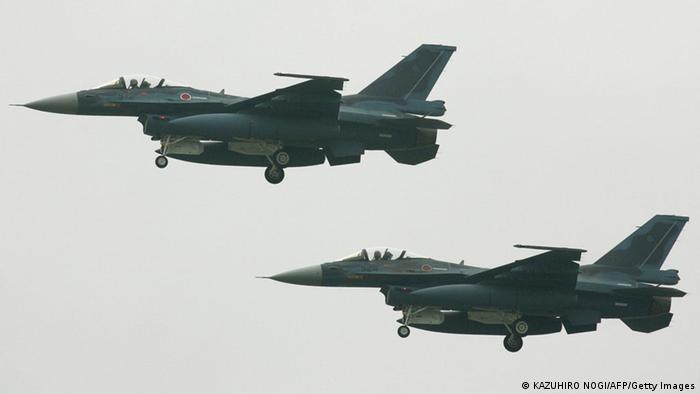 The government of Japanese Prime Minister Shinzo Abe approved a 2.8 percent rise in defense spending on Wednesday, with Tokyo seeking to bolster defenses in its waters bordering China.

"The situation around Japan is changing," Defense Minister Gen Nakatani said on Sunday. "The level of defense spending reflects the amount necessary to protect Japan's air, sea, and land, and guard the lives and property of our citizens."

"This is the largest budget ever," one ministry official told the AFP news agency. The highest allocation previously, he said, was 4.96 trillion yen earmarked in 2002.

It is the third year in succession that Japanese defense spending has risen, though Tokyo has previously maintained a relatively low military profile. The trend reflects Abe's wish to build a more active military amid rising tensions with China.

In particular, the two countries have revived a decades-long spat over the sovereignty of a group of islands in the East China Sea. Relations between Beijing and Tokyo have become increasingly strained over the rocks, known as the Senkaku Islands, in Japan and the Diaoyu Islands in China.

Much of Tokyo's spending will go to orders with US firms. Troop-carrying Boeing Co Osprey tilt-rotor aircraft are on the shopping list, along with Northrop Grumman surveillance drones and Lockheed Martin F-35 stealth fighters.

Japan's defense ministry is also set to buy 30 units of amphibious vehicles and an early-warning aircraft, to be assigned to protect fringe areas.

Another chunk of funding will be used to relocate US troops away from their current base on the main island of Okinawa.