Beijing has said it has punished scores of individuals for spreading false information online. Charges are related to recent Tianjin explosions and the country's stock market woes. 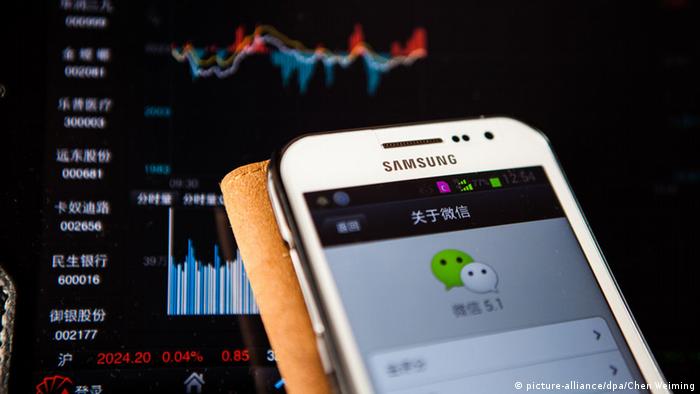 State media reported Monday that 197 people had been punished in a special campaign against spreading false information over the internet.

Two of the rumors allegedly circulating were that a "man jumped to his death in Beijing due to the stock market slump," and that "at least 1,300 people were killed in the Tianjin blasts."

The official death toll in the August 12 explosions at warehouses for hazardous chemicals in the port city Tianjin is 150.

The Xinhua state-run news agency cited the Public Security Ministry as saying that 165 online accounts were closed in the campaign's latest phase, but did not specify over what period of time nor what punishments had been meted out to offenders.

The Chinese government maintains an uneasy relationship with the internet and regularly institutes controls over digital traffic.

In other news, a financial journalist is reported to have "confessed" to causing "panic and disorder" on China's stock market and inflicting "huge losses on the country," Xinhua reported Sunday.

Wang Xiaolu, a journalist with Caijing magazine, was detained by Chinese authorities following China's recent stock market crash. He had written a story in July saying the securities regulator was studying plans for government funds to exit the market.

Regulators quickly denied the Caijing story, labeling it "irresponsible." But Caijing said it "defended journalists' rights to do their duty under the law," according to a statement posted on its website.

China's state media regularly carries what it presents as confessions of suspects in high-profile criminal chases.

A Spanish court has ruled that Colombian superstar Shakira should stand trial for alleged tax fraud.

Both Nord Stream natural gas pipelines from Russia to Germany have developed apparent leaks within hours of one another. The cause is unknown, but some sources have hinted at sabotage.

The final day of voting in so-called referendums in Russian-occupied regions is underway in Ukraine, with UK military intelligence saying Putin might announce the accession of the regions on Friday. DW has more.