The news follows Sunday's dramatic rescue of 11 miners, who had been trapped underground after the explosion at the mine in Hushan in the eastern Chinese province of Shadong. One more worker is still missing. 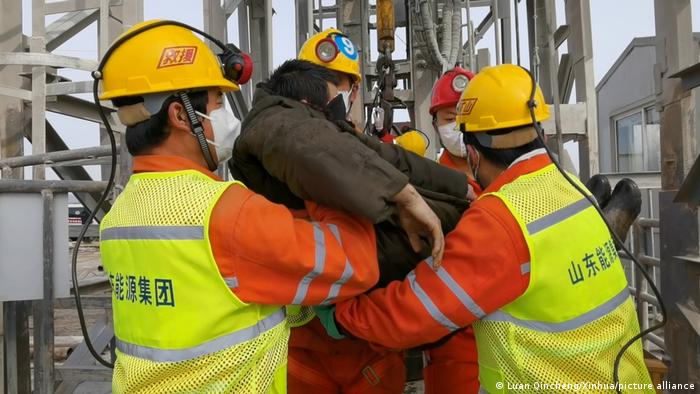 A trapped miner is lifted from a gold mine in Qixia City, east China's Shandong Province, on Sunday

Nine Chinese miners who have been trapped underground for more than two weeks have been confirmed dead, authorities said on Monday.

It comes after Sunday's rescue of 11 gold mine workers who were part of a group of 22 trapped after an explosion at the Hushan mine in China's eastyern Shadong provice on January 10.

"From Sunday afternoon to this afternoon, rescue workers have not stopped searching, and found a further nine trapped miners who unfortunately all died," the mayor of Yantai city, Chen Fei, told journalists on Monday. 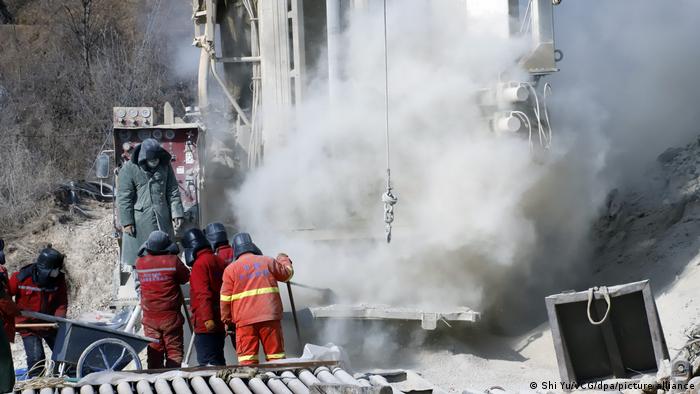 Rescuers work at the explosion site of a gold mine on January 19, 2021 in Qixia, Shandong Province of China.

Another miner was found dead on Thursday, he said, leaving one more unaccounted for. "It is possible that the miner could survive trapped for 15 days, but we don't know where he is located," Beijing journalist Fabian Kretschmer told DW. "So the chances of finding him are slim."

On Thursday, officials said it could take another two weeks to clear "severe blockages" before they could drill shafts to reach the remaining men.

But rescuers cleared an air ventilation shaft on Sunday and were able to free them earlier than expected.

Authorities have detained the mine's managers because they waited more than a day to report the explosion.

Safety has improved in Chinese mines in recent years. However, accidents and deaths are still common as several mines cut corners on measures.