Chinese journalist Gao Yu was sentenced to seven years in jail for leaking state secrets. The 71-year-old, who allegedly passed a strategy paper to an overseas media group, has already spent a year in prison. 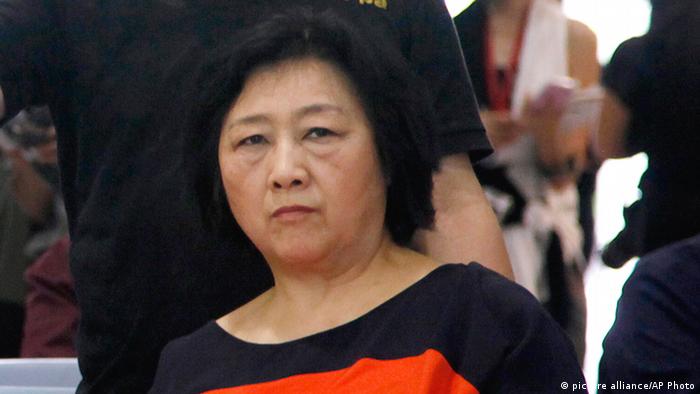 A court in China has sentenced the journalist Gao Yu to seven years in jail. Beijing's No. 3 Intermediate People's Court announced via social media that she "illegally provided state secrets to foreigners." Yu's lawyer announced the sentence.

Gao had denied the charges.

A regular contributor to German broadcaster Deutsche Welle, Gao was detained by police in Beijing in April 2014 and accused of passing documents to people outside the country.

DW Director General Peter Limbourg said he was distraught by the verdict. "This draconian punishment against a 71-year-old journalist lacks any basis from our point of view," he said in Berlin.

As a reaction to the verdict, Limbourg said DW would suspend negotiations on technical and cultural cooperation with Chinese state broadcaster CCTV.

"We do not want to cut all lines of communication," he said, " but a precondition for comprehensive coproduction is a positive change of the Chinese government's policy regarding critical journalists, bloggers and generally those with another point of view."

He added that DW would continue to monitor closely and report "not only the fate of Gao Yu but also the treatment of other people in China prosecuted or jailed on similar charges."

The human rights group Amnesty International also denounced the sentence given to Gao.

Gao's lawyer, Mo Shaoping, said Gao was convicted of leaking state secrets by giving a strategy paper known as Document No. 9 to an overseas media group. It argued for aggressive curbs on the spread of Western democracy, universal values, civil society and press freedom, which the party considered a threat to its rule.

Police patrolled the perimeter of the Beijing court where the verdict was delivered on Friday. Gao could not be reached for comment. Her brother, Gao Wei, said he was present inside the court but was escorted away by police and was unable to talk to media.

Gao has written about politics, the economy and social trends for Chinese media in Hong Kong and overseas. She was tried in November for disclosing state secrets.

The announcement of the court's verdict had been postponed twice.

Gao Yu was named one of the International Press Institute's 50 "world press heroes" in 2000.

A Beijing court has sentenced Chinese journalist and DW correspondent Gao Yu to seven years in prison after accusing her of leaking state secrets - a ruling Gao is unwilling to accept, her lawyer Mo Shaoping tells DW. (17.04.2015)

Chinese journalist Gao Yu has been sentenced to seven years in prison. This again shows how the authorities in Beijing deal with critics of the regime, writes the head of DW's Chinese department, Philipp Bilsky. (17.04.2015)