The Chinese economy is showing more signs of weakness, with the pace of investment slowing to levels not seen since 1996. Official data revealed that domestic consumption also failed to meet expectations. 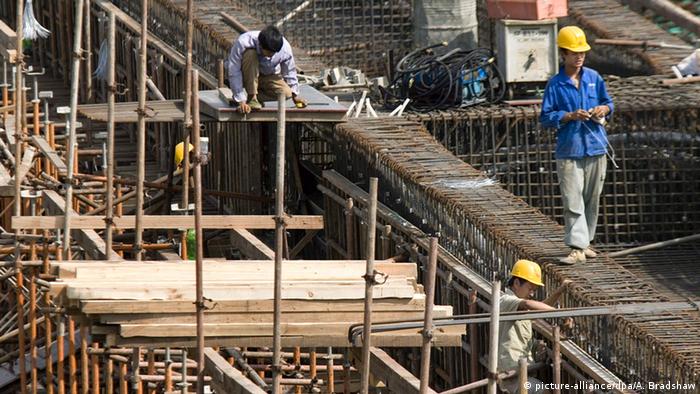 Fixed-asset investment growth in China slowed more than expected to 5.5 percent in the first seven months of the year, official data showed Tuesday.

Analysts said the slower pace was also a result of Beijing's crackdown on lavish local government borrowing for projects to boost growth.

The Asian nation has been facing a delicate balancing act, aiming to shift its economic expansion drive away from investment and exports toward private consumption, while at the same time battling a mountain of debt.

What is China's investment focused on?

The central bank is pumping more money into the financial system and urging commercial lenders to offer more loans at cheaper rates to small businesses.

Tuesday's data also revealed that retail sales missed expectations as Chinese consumers appeared more reluctant to spend on everything from cosmetics to big-ticket items such as home appliances and furniture.

Lower sales growth was recorded despite a broad import tax cut that kicked in last month.

It was not immediately clear if consumer reluctance was due to local conditions or worries about the country's trade conflict with the United States.

But a Reuters poll of Chinese consumers found that nearly one in three had considered boycotting US products, with some already ceasing to buy items made in America.