Chinese trade figures for March have stunned analysts by showing unexpected contractions in both imports and exports. China’s officials, however, have described the slump as short-lived and temporary. 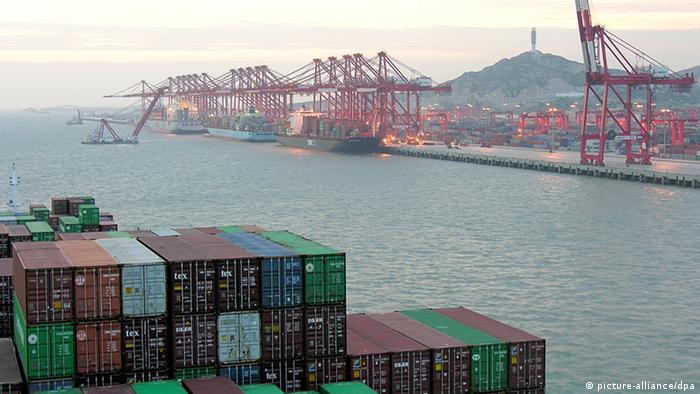 China's exports fell 6.6 percent in March, compared with the same month a year ago, while imports fell even more sharply by 11.3 percent, according to latest figures released by the General Administration of Customs on Thursday.

The volumes given by Beijing were $170.1 billion (122 billion euros) worth of exports and $162.4 billion for imports, resulting in a trade surplus of $7.7 billion. In February, China had unexpectedly logged a trade deficit of $23 billion, which was its first deficit in 11 months.

Zheng Yuesheng, spokesman for the Customs authority, admitted that China was having some difficulties with its foreign trade.

"China's foreign trade has seen its competitive advantages in traditional trade being eclipsed due to negative factors including rising competition posed by neighboring countries and regions and increasing trade friction with major trade partners,” he said in a statement.

Zheng said the setback would, however, be temporary and short-lived, and would not justify the assumption that the country's foreign trade was heading into a recession.

The decline stunned analysts, who had forecast growth of 4.2 percent in exports and 2.8 percent in imports, according to a poll carried out by Dow Jones Newswires.

ANZ Bank economists Liu Li-Gang and Zhou Hao said they presumed that the trade figures were affected by fake reporting of exports which emerged in March last year.

“”We believe that China's trade growth in the first few months would be distorted as the export over-invoicing activities last year have inflated the base of comparison,” they said in a release note.

Julian Evans-Pritchard, China economist at Capital Economics, cautioned, however, saying in a note that the weakness appeared broad based, with imports for processing and re-export as well as for domestic use contracting year-on year.

China could handle all possible risks and challenges, Li told the annual Boao Forum for Asia, and would pay attention to sound development in the medium and long run.