Damage from wide-spread flooding in China may have cost hundreds of millions of dollars. Hubei province, which was badly affected by the coronavirus outbreak, has seen some of the worst flooding around the Yangtze. 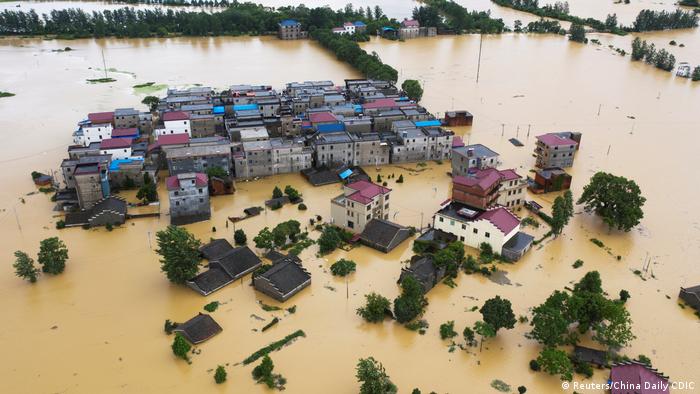 The Yangtze River region saw its second-highest day of rainfall in over 50 years, authorities said Monday as deadly flooding affected much of China.

Some 28,000 homes have been damaged and 141 people have died or are missing since the floods began last month.

Most of mainland China is affected, including vast swathes of western areas like Tibet and Xinjiang.

Damage has been estimated in the hundreds of millions of dollars. Following coronavirus-related shutdowns and the shutdowns of overseas markets, flood damage poses a new threat to China's economy.

Hubei province, where Wuhan is located, is particularly severely affected as the Yangtze flows through the province. Wuhan was the epicenter of China's coronavirus outbreak and experienced one of the country's longest lockdowns. 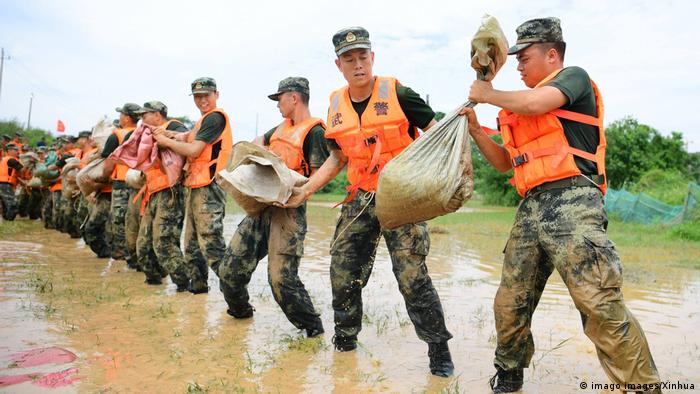 Poyang Lake saw its highest water level ever on Sunday

Rains have been continuous in many parts of China since mid-June and alerts have been issued on 433 rivers in total, officials from the Ministry of Water Resources said.

Floods rose to the roof in many cities and towns. President Xi Jinping called on authorities and the army to mobilize for the rescue and resettlement of residents.

Flooding has been a major threat to much of central China for centuries, but experts say the widespread construction of dams in recent decades have cut off connections between rivers, lakes and floodplains and have exacerbated flooding.

The rapid melting of the Himalayan glaciers due to climate change may also be a cause of more dangerous summer flooding.