Foreign journalists reporting on the flood disaster in China have been hindered in their work by normal citizens who feel the reporters are presenting a distorted picture of the country. 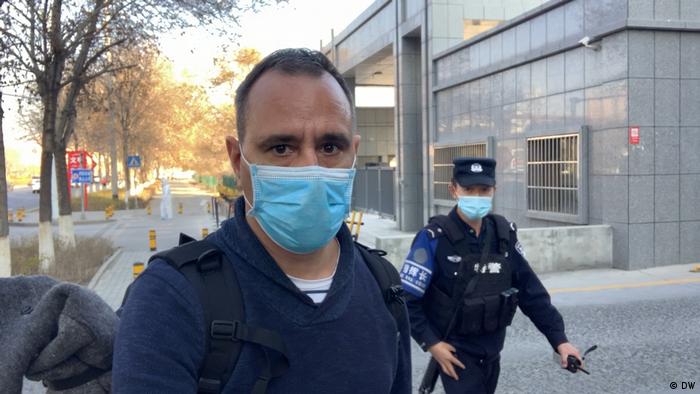 "Are you that BBC guy?" a passerby asked Mathias Bölinger, a German journalist who has been reporting for DW and other broadcasters from the flooded regions in China.

Ever since the BBC aired an investigative TV report on the origins of the coronavirus pandemic — a report Beijing considers "fictitious" — the British broadcaster has had a credibility problem in China. There, the BBC has become synonymous with "anti-China untrustworthy foreign media." The official take is that their reporters spread nothing but "lies about China." 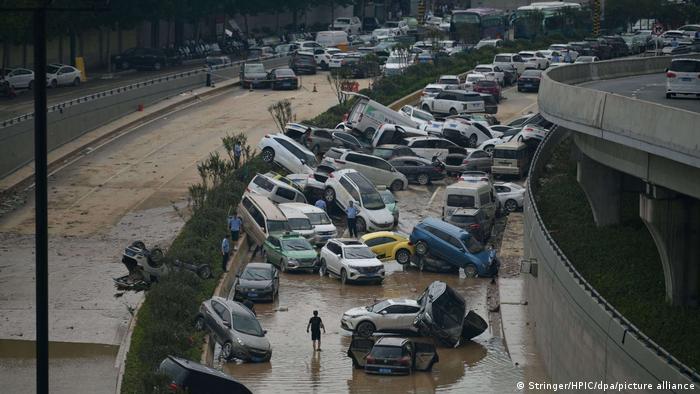 At least 63 people died in the flooding in Henan Province

Bölinger, who is accredited by the Chinese Foreign Ministry for journalistic activities in China, does not work for the BBC — but has involuntarily become the focus of a bizarre debate on Chinese social media.

During a live English-language interview with DW on July 24 in Zhengzhou, the capital of Henan province, passersby filmed him with their mobile phones, said Bölinger, who speaks fluent Chinese. Later, he said, a few people approached him and told him he was not allowed to film at all. Soon, a crowd had gathered. "Someone held up a photo and asked me, 'Is that you?"' The photo showed BBC correspondent Robin Brant.

He was asked why reporters slander everything in China, and why they spread lies. A video posted on China's Weibo microblogging service and that was later also posted by Bölinger on Twitter shows an agitated crowd, and how someone tried to grab Bölinger's mobile.

It turned out people had mistaken the German for a BBC reporter who was also working in the city and who the Chinese locals felt reported "falsehoods" and manipulated the statements of Chinese interviewees. His photo was posted online by the Chinese Communist Party's youth organization along with a warning to watch out and not get involved in a "supposed interview."

"Whoever discovers him, please publish the location," the warning said. 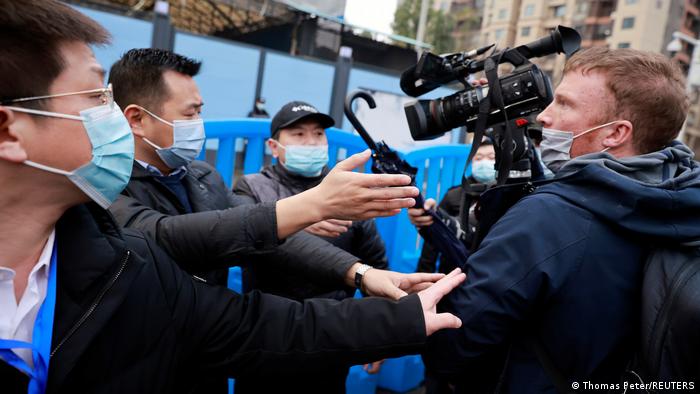 Foreign journalists are often harassed in China, like this camera crew at the Huanan Seafood Market in Hubei province in January 2021

Once the misunderstanding was cleared up, Bölinger said the situation relaxed. The crowd backed off, and in the end, the journalist recalled, "even applauded me, and one man said 'sorry.'"

'Evil media' of the West

Various videos about this particular situation spread rapidly on the internet. Many users left disappointed comments, writing that "there's no point in hoping that the Western media will report objectively and in a balanced way about China." One user, however, wrote: "China lacks media like this that investigate social problems and question their own government."

It is completely justified to be "upset about the reporting of Western media," the Beijing daily Global Times wrote in an opinion piece, saying that it contributed to the creation of a distorted image of China in the West. But the commentator advised against "besieging foreign reporters and harassing them at work" — that would after all give the Western media even more ammunition to criticize China. 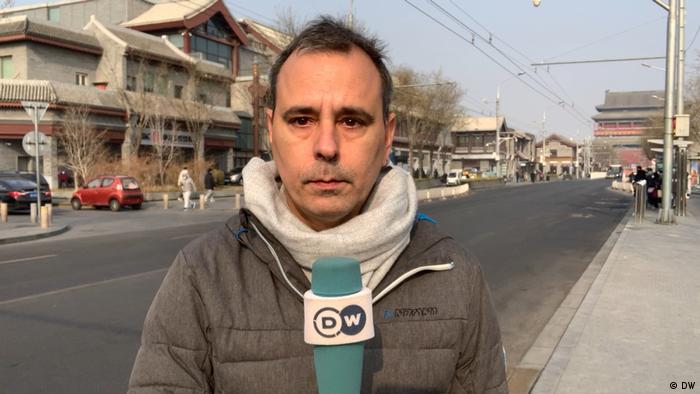 Mathias Bölinger said he did not expect the incident would make such waves. As a foreign correspondent in China, he said, he is used to being constantly observed, harassed and confronted. This time, however, he conceded it was different. He received a lot of hate messages on Twitter, to which he did not respond. He said he does not accept criticism of his supposedly one-sided China-critical reporting.

"I haven't claimed anything in the reports that doesn't correspond to the truth," Bölinger said.

Typhoon In-fa has made landfall near Shanghai, where authorities canceled hundreds of flights and warned residents to remain indoors.