Rescuers started a search for survivors after the quakes

A pair of earthquakes shook the Qinghai province in the northwest and southwestern Yunnan province, both areas are prone to tremors.

The 6.1 magnitude Yunnan quake struck first at 9:48 pm Friday (1348 UTC) near the city of Dali, a popular tourist destination, the US Geological Survey said. It was followed by at least two aftershocks, USGS said.

Three people were confirmed dead and at least 27 more injured in the mountainous area, local officials said in a statement.

Later, an earthquake with a magnitude of 7.4 shook northwestern China in the early hours of Saturday.

The earthquake occurred in the sparsely populated Qinghai province and struck at a depth of 10 kilometers (6.2 miles), according to the seismic network Geofon in Potsdam, Germany.

Aftershocks followed, with magnitudes of 4.8 and 4.5, respectively. 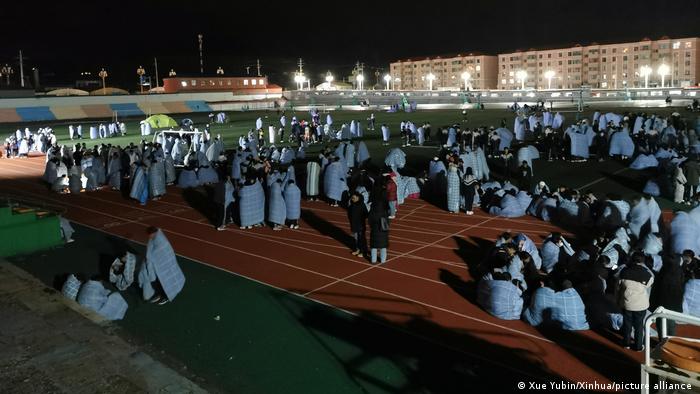 There were no immediate reports of casualties or damage from the remote area. State news agency Xinhua said the epicenter was located in Maduo County.

China is regularly hit by earthquakes, especially in its mountainous western and southwestern regions.

In October 2014, hundreds of people were injured and more than 100,000 displaced after a 6.0-magnitude tremor hit Yunnan, close to China's borders with Myanmar and Laos.