Local police say several people were killed when a man detonated an explosive device at a building on the outskirts of Guangzhou. 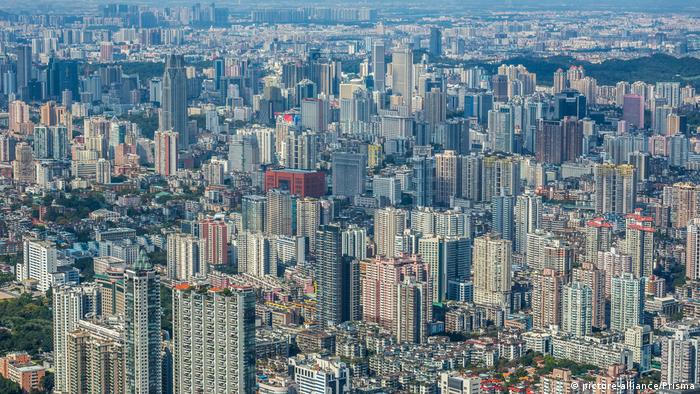 Guangzhou is a metropolis north of Hong Kong

Several people were killed on Monday when a homemade explosive device detonated in a village near the southern Chinese city of Guangzhou, authorities said.

Police said five people were killed, including a 59-year-old man suspected of being responsible for the blast, local police said on their official Weibo account.

An additional five people were injured in the explosion, which went off around 10 a.m. local time (0200 GMT).

"All the injured have been sent to hospital for treatment and the case is under further investigation," police said in a statement.

What do we know about the blast?

Although the motive was unknown, China's Xinhua news agency described the blast as "an act of sabotage."

Earlier, the state-run Global Times reported "an criminal act" had taken place in Mingjing village in the Panyu district of Guangzhou.

"The Panyu police quickly dispatched personnel to the scene and coordinated with local government authorities to deploy emergency fire and rescue services," the report said.

The Guangzhou Ribao newspaper reported the explosion took place at a local authority.

William Yang, DW's Taipei correspondent, said local social media users have claimed there is an ongoing dispute in the village between residents and officials over an alleged land grabbing scheme.

A graphic video shared on social media showed a destroyed office, with blood splattered on the walls and at least two people laying on the ground.

Investigations into the explosion are still ongoing.