Chile to clamp down on violence during protests

Chilean President Sebastian Pinera announced that he will introduce measures "to strengthen public order" following weeks of anti-government protests in the country. Rioters and looters will be targeted by the new rules. 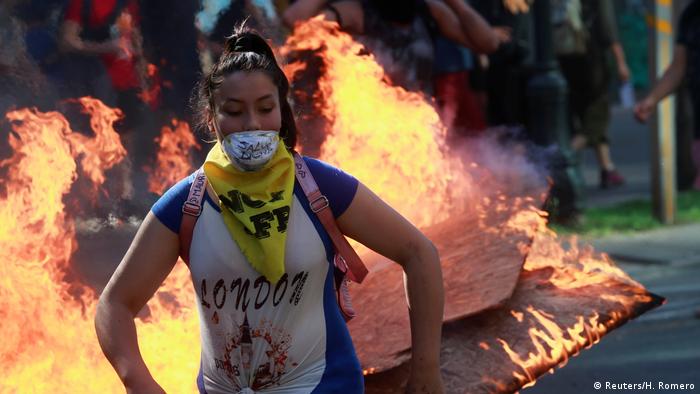 Chilean President Sebastian Pinera said on Thursday that he will introduce measures to crack down on violent acts committed by protesters.

Pinera vowed to "strengthen public order," in light of widespread damages caused by anti-government protests that have taken place in the country. Authorities currently estimate the value of the damage done at around $1 billion (€905 million).

The protests led to rioting, looting and the destruction of public property. The new measures will punish those acts, as well as those who use masks to hide their identities, Pinera said on television.

"One of the principal responsibilities of the state is to ensure public order and security," Pinera said. He added that police and security forces in Chile had "total support" from his administration.

The government will also assemble a new intelligence team of police and prosecutors, and to make it easier for citizens to report acts of vandalism. 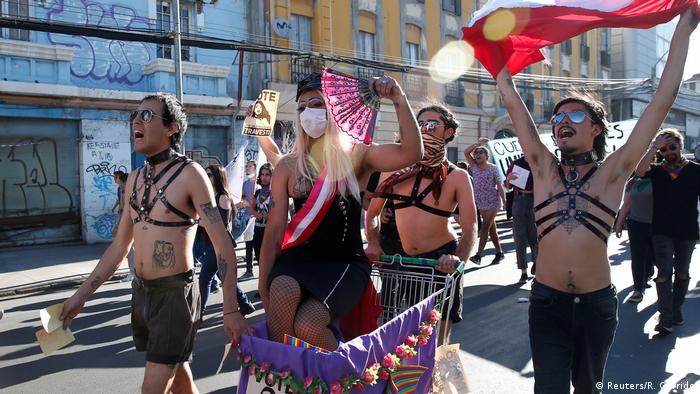 Anti-government protesters on the street in Chile on Wednesday

The news comes the day after a court in Santiago announced that they will consider a complaint against Pinera and other government officials that they allowed human rights violations to take place under their watch during the protests.

The alleged abuses include murder, torture and sexual abuse. Around 20 people have lost their lives in Chile since protests began.

Pinera also announced a raise in the minimum wage in Chile this week, apparently in an effort to appease protesters.

"There is a long way to go from here," he said on Twitter in the announcement of the new legislation. "But this is a huge state effort to improve the quality of life of low-income workers."

Demonstrations were first aimed at an unpopular hike in metro prices but evolved into a national movement demanding higher salaries, pensions and better health care, with more than a million people taking to the streets of Santiago in October.

Chile was forced to cancel planned summit meetings in light of the protests, but on Thursday Reuters news agency that the US and Chile were in talks to co-host the summit in the US.

Anti-government protests, that have seen several deaths, are now entering a third week, with little sign of easing up. Civilians clashed with police, looted stores and endured an earthquake at the close of a huge rally. (05.11.2019)