A Brazlian tourist has died of a heart attack after being stuck in a traffic jam caused by a blockade by taxi drivers. Vehicles were backed up for several kilometers on the road to Chile's Santiago International Airport. 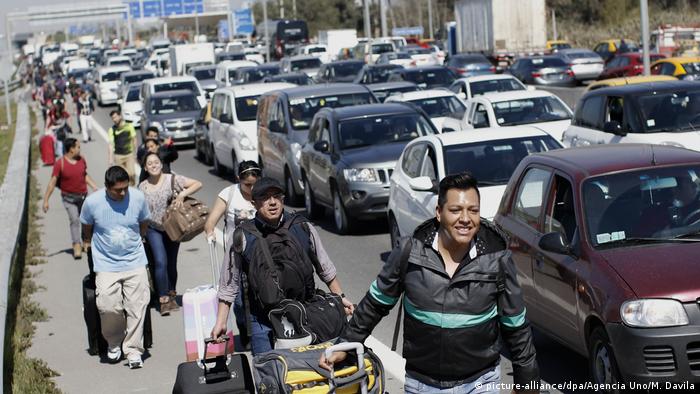 The 65-year-old tourist failed to receive timely medical attention after having a heart attack close to the main airport in Chile's capital Santiago on Monday, police said.

He died after collapsing amid the traffic chaos caused by protesting taxi drivers against ride-hailing apps like Uber and Cabify.

The news agency EFE said the Brazilian had just arrived in the country, when he was taken ill. Although emergency services evacuated him by helicopter to hospital, the response was delayed as the main road to and from the airport was blocked.

Local media described how airline passengers were forced to walk up to three kilometers (almost 2 miles) along the highway to reach the airport due to the protest by several hundred taxi drivers. TV footage showed long traffic queues. 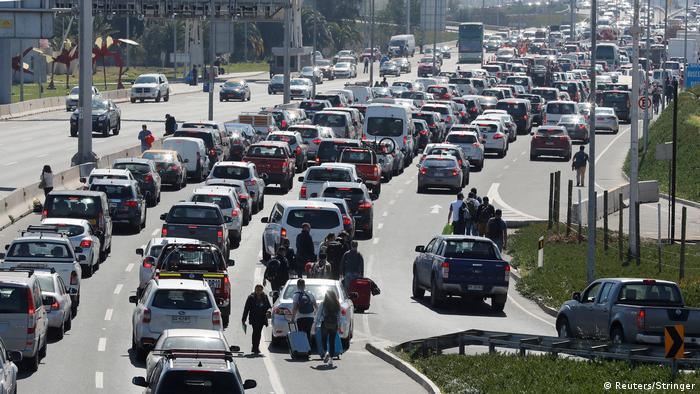 Several kilometer-long jams were reported in Santiago, leading to dozens of flight delays at the city's main airport

Chile is the latest country to witness demonstrations by taxi drivers against Uber and others, after similar action in large cities from Bogota to Barcelona.

"This takeover of the airport by the taxi drivers has significantly hurt the image of Chile, the image of the airlines, and has hurt people traveling or arriving in the country," said Claudio Orrego, the governor of the Santiago Metropolitan Region.

"No one can claim to respect their rights by violating the rights of others," he added.

The protest, which had not given permission, lasted for about five hours, until cranes began to remove the taxis that were blocking the road.

Authorities said at least 15 people were arrested, and vowed to bring charges against those behind the protests.

Monday's blockade was organized as Chile's Congress is discussing how to regulate the ride-hailing apps. Although some lawmakers want to impose penalties on Uber users, others say the country must bring the new services into the country's regulatory framework.

Santiago's taxi drivers have repeatedly mobilized against what they say is unfair competition from drivers who don't pay huge license fees to the state and undercut them.

But Monday's action appeared to test the patience of many of the city's commuters, with many calling the blockade "arrogant," EFE reported.

Taxi union representatives vowed to repeat the protests until the government bans the ride-hailing apps.

French users are criticizing striking taxi drivers on social media. The drivers have taken to the streets for the second time in six months, blocking roads and airports, to protest against ride-sharing app Uber. (26.01.2016)